Well, there's no point hanging around, so here's another six covers
in this two-part gallery of the first dozen issues of SUPERMAN's own
magazine from the 1930s & '40s.  The creators of Supes were often later
touted as paupers before being awarded a life-pension by National/DC
in the '70s, but they actually earned a small fortune from their time on the
Man of Steel that should've lasted them a good many years.  Between
1940 and 1950, the annual American wage was around $1,900 - yet, in
1948, SIEGEL & SHUSTER conceded the rights to SUPERBOY for
a payment of over $94,000.  And remember - that didn't include the
reputed $50,000 a year they had each been paid when they
provided NPP with Superman material.

Anyway, make of that what you will, but in the meantime
enjoy these six cracking covers from a bygone age! 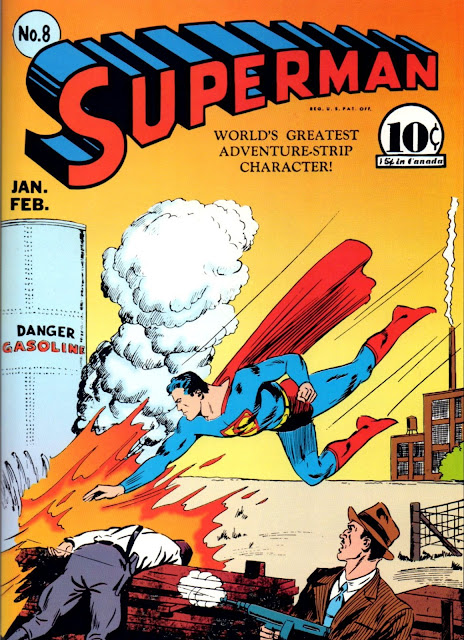 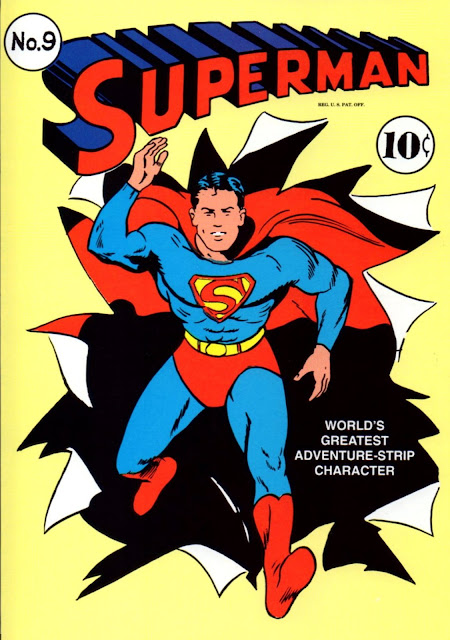 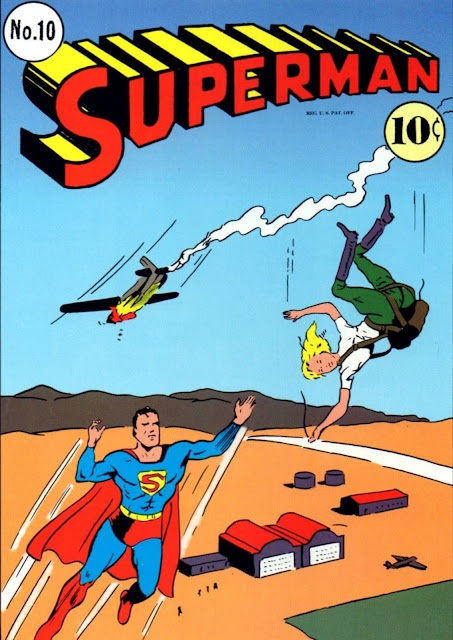 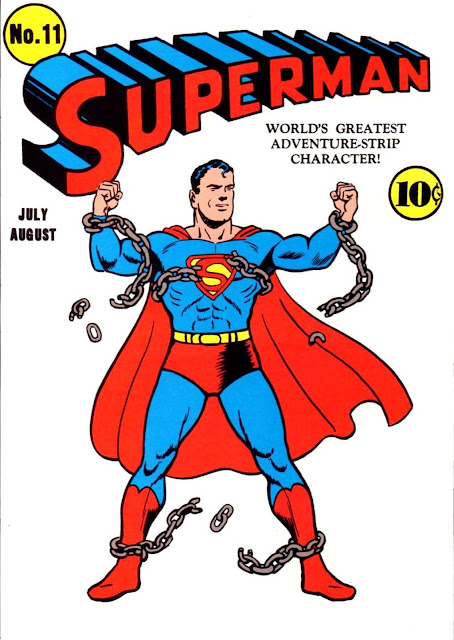 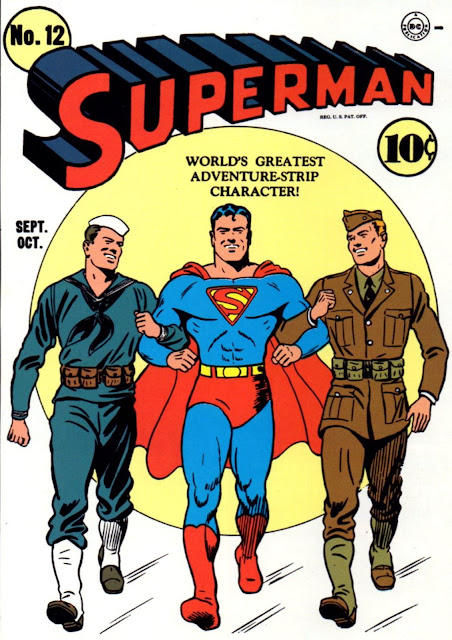 Yes, they earned a small fortune and it SHOULD have lasted but they probably spent money like it was going out of fashion and when it was all gone they expected everyone to feel sorry for them. It's amazing how the richer people get the greedier they get, happens every time.

I think that's the natural conclusion, CJ. Siegel and Shuster (and their heirs) signed their rights away several times down through the years for substantial amounts, but when the money was gone (on what, I wonder?), back they came with more demands and threats of legal action.

it comes down to playing nice, perhaps a concept you're not too familiar with. DC Comics is built on their idea. They deserved a good portion of that wealth, never mind how foolishly they may have signed away rights many years ago?

Looks like Krytonite isn't Supermans only weakness, he seems to have "hit it off" with 2 lovley serviceman according to the cover to issue 12!! :) I always knew these macho men types were hiding summit"!!

I'd suggest that 'playing nice' includes honouring agreements you've made when selling your rights to something for a sum you're prepared to accept at the time - not continually reneging when you've squandered your most recent payment. S&S and their heirs didn't merely sign away their rights once, but several times over the years. Nobody wanted Superman at first - if it hadn't been for NPP bankrolling the idea, and investing money in it down through the decades, then it would probably be worth diddly-squat today. Siegel and Shuster deserved only what they were prepared to settle for when they sold the strip to National. When you sell it, it's not yours anymore.

Ah, McScotty - you've corrupted my innocence. Superman's a poof! That never occurred to me. (Although the whole Jimmy Olsen thing is beginning to make sense now.) Looks like he's also into bondage, going by the previous cover.

Never on the side of the underdog are you? I'll leave you to it then.

Only when the underdog is in the right. You can't sell something and then expect a slice of it when it becomes valuable under new owners. Maybe next time you can make a pertinent comment that actually adds something to the discussion, rather than just takes a dig at me. (By their works you shall know them.)

I’m not too up on what happened to Shuster and Sigel themselves although I know that as you state they did legally sign over the character/copyright or whatever to DC/National a few times (most notably in 1938) and made money out of the character. Personally I’m all for the creators getting anything legally due to them (if they didn’t then that is a shame but that’s commercial law).

However the case here is that it is Shusters heirs that are pushing for more money. My reading of the case is that they seem to be stuck with a 1992 agreement made by Shusters sister to pay the heirs a “pension” of $25,000 per year ,whilst for whatever reason Siegel heirs seem to have landed a whacking $3 million up-front payment and an ongoing 6% of gross revenues under a 2001 agreement. I think considering everything they have had enough (the heirs) after all what did they do/create?

McScotty, S&S clearly weren't thinking long-term when they first sold the rights, but I don't think even NPP could've anticipated the success of the character when they purchased it. I do have some sympathy for S&S, because it must be annoying seeing something you once owned making money for its new owners, but that's sod's law, as you suggest in more polite terms. I think it was very generous of DC to give the creators a lifelong pension (and then extend it to relatives), because they clearly weren't legally obliged to. A DC spokesman at the time said that the company were morally obliged, hence their action, but I'm not convinced that they actually were. It's the same with the Kirby heirs, in fact. I tend to think that with the Siegel, Shuster & Kirby heirs, Warner/DC and Disney/Marvel simply decided that it would be cheaper in the long run to settle than to pay legal fees for years to come. (Plus it was a good PR move, to boot.) I suspect that it was the same thinking behind D.C. Thomson's settlement with Leo Baxendale.