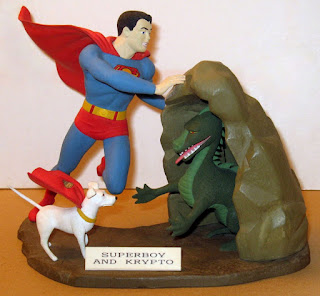 I've been pondering on what it was that first prompted me to start reacquiring items I'd once owned in my youth, and one of the things I realised was that it was never really a conscious decision - it just sort of happened.  Perhaps it started when a fellow I knew asked me if I'd like (for free) an unbuilt unboxed Aurora Superboy model that one of his friends had but didn't want.  Months later, with yet no sign of Superboy, he told me about an Aurora Batman kit in a Glasgow model shop for a mere £1.50, which, if I gave him the dosh, he'd get for me the next time he was in.  And so it came to pass.

Many months later, once Batman had been built and painted and after I'd flitted to another house and neighbourhood, he said to me one day "Remember that Superboy kit I mentioned?  Well, I've got it now, so I'll give you it the next time I see you."  This could well have been about a year and a half after him first telling me about it, but it eventually passed into my possession.  In the meantime, Monogram had reissued four of the Aurora 'Glow-In-The-Dark' monster kits and I bought the Frankenstein one.  I think I got Frankie before Superboy, but whatever the sequence, my collection was well under way.

The next step in my gradual and inexorable evolution into a 'toy collector' was when it was announced in the press that Palitoy was discontinuing production of Action Man as they felt children were no longer interested in 12 inch action figures.  That prompted me to buy one at the earliest opportunity, as I had never bought a brand-new Action Man as a kid, being merely the recipient of a neighbour's two unwanted AMs, though I may have paid him the exorbitant sum of 50p for them.  Point is they were second-hand, whereas the one I purchased in 1984 was brand-spanking-new (and on sale for half-price).

And that, to the best of my recollection, is how it all started.  Right at this moment I can't recall what my next toy acquisition was, though I was simultaneously also buying replacements for comics I'd once had as a kid and teenager.  I wasn't particularly searching for anything, opportunities to re-own things just seemed to present themselves completely unbidden.  I bought whatever came along of what I'd once owned and, before I knew it, I'd built up a nice little collection.  Well, around 40 years later, I'm seemingly in the grip of an overwhelming compulsion to track down just about anything I remember as once having, and my collection is so huge, I could probably do with a house twice the size of my present one.

So what I'd like to ask any fellow Crivvies who have also dedicated themselves to reacquiring certain items from their past is this:  What was it that set your foot on that path?  Was there a defining moment when you decided to 'go for it' and buy a specific toy or comic, and did that lead you to want more and more of the things that represented your childhood and teenage years to you?  Did you seek them out, or simply not think about things until something unexpectedly popped up for sale somewhere?  Share your experiences of such momentous moments in our comments section and indulge in a cathartic exorcism of any embarrassment or guilt that you may feel about being a big wean who's never quite grown up. 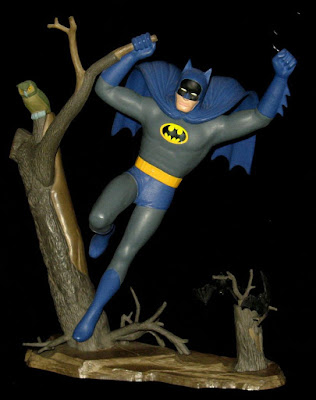 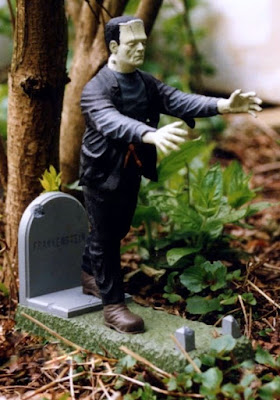 Good question Kid. My personal interest in reacquiring items from my past pretty much centres around comic books. The reason I reacquire old comics is a combination of seeing an old item again that I genuinely enjoyed as a kid and in getting a “madeleine memory” inspired by the purchase that can sometimes take me right back (for a micro second) to that time I first bought the comic as a kid. I don’t really have any interest in reacquiring the toys, action figures, models, cars etc that I had as a kid because I grew out of toys by the age of 11/12 years old whereas for comics my interest has sustained me into adulthood (and was at geek level into my early 20s) so I think that interest and the associated links with the past imprinted strongly in my mind (I have similar links with music and football). Although I don’t have much interest in reacquiring old toys etc that picture of the Action Man undersea diver took me right back to the 60s when I received that outfit as a Christmas gift from my mum and dad. I remember I got a deep sea diver /scuba outfit later on (not sure if it was my birthday) and it was so tight I ripped the arm of one of my Action Men taking it off him.

I think in most cases, McS, that I'm not so much interested in toys per se, but (like you) in what they represent in regards to my childhood. So whether it's a toy, comic, book, or record, if I once owned it then I want to own it again because it makes the time it represents seem more recent and not so far away. At least to begin with, before suddenly receding like one of those camera shots in a movie where the background races away from whoever's standing in front of it. (I haven't described it too well, but I'm sure you know the type of thing I mean.)

However, I do occasionally buy new toys, but I think that's because they're usually the type of toys I'd have loved as a kid, and as I have old toys, it doesn't seem such a huge step to include new ones as well. I don't actually play with any of them, I just luxuriate in the ownership of them.

Had a scuba outfit for my second-hand AM as well as a kid, and you're right - it was murder getting it on and off. I was a fool to try and wear it to begin with. No, that's a joke. I DID have the AM scuba outfit, and if I remember correctly, you were supposed to sprinkle talcum powder inside it to make it easier to get AM into it.

Great times Kid hopefully all children regardless of the time they grew up in had good times but I genuinely think our age group grew up in a special time where you were allowed to be a child in a different world.

Yup, agree 100% with that, McS. The '50s and '60s in particular, was when UK children started to get specifically catered to in regard to TV shows, comics, toys, etc., especially in such large numbers of things aimed at them.

I neglected most of the treasures I loved, and parted with most of the ones I liked long ago and lived quite happily without them for a time. Then, about 15 years ago, I went through a bad period in life and found that my old comics and books were a great comfort. The bad period was mercifully brief, and life has been very kind to me ever since, but I've made sure that this time I've kept my treasures (the originals and any replacements that I've acquired) close, as they still mean a lot to me and trigger off a thousand memories every time I look at them.

I found a box that I haven't looked in for a few years at the weekend and it had things I'd forgotten I owned - a Marvel UK Thor issue that I remember reading before going to primary school one morning (the one where Dr Doom unmasks in front of Donald Blake), the Alien movie adaptation drawn by Walt Simonson, a Marvel UK Spider-Man issue that was a replacement for a copy I lost in 1987, some football fanzines etc... lots of very warm memories.

I remember a time of unrequited lust, DS (she was obviously nuts), and I thought of getting rid of all my treasures as I suddenly took no pleasure in them. However, I knew that would pass, so I held onto them and I'm glad I did. It's strange to hear you mention a UK Thor comic and say you were at primary school, 'cos I've still got a full set of them, but I was nearing my mid-'20s when I bought them - not as back issues, but when they were first published. (You're just a lad.) Yes, it's the same for me - one glance and so many memories. Long may it be so.

Hmm. Strangely no. I’m not interested in reacquiring old toys. However, I do love old comic books from the golden age. They fill me with a sense of awe. Similarly I loved the old JLA/JSA crossovers. There was something that just blew my mind to know there was another group of heroes who came first before our beloved JLA. I think much like how the public is fascinated by tales of bygone eras like the Trojan war. There’s something mythical about these old comics - hey we were here first before the movies and tv.

Whereas I seem to be interested in reacquiring everything, PS - help, I'm in the thrall of some alien power belonging to a being called Nostalgicor!!! Yeah, you're right - comics came first.