REVIEWS FROM THE FLOOR OF 64 - IT'S SIMPLY PAST PERFECT...

As far as I recall, none of the Power Comics had a Summer Special - apart from one.  Or maybe it was three-in-one, as the masthead contained a trio of names of the surviving PCs - Smash!, Pow!, and Fantastic.  It also has a cover blurb declaring itself as 'the best of Fantastic, Smash and Pow weekly'.  However, Fantastic's name had prominence and even if it was intended to represent three comics, it certainly seems to be the one and only Special ever released in connection with the weeklies.

If you're in the unfortunate position of not owning this great reminder of a vanished age, the next best thing is perhaps Reviews From The Floor Of 64 Special #2 (above), which takes a fairly detailed look at this almost legendary 1968 Summer Special.  It examines the content, and reproduces the cover and pin-ups, so by the time you've finished reading it, you'll think you own the comic even if you don't.

This second 64 Special was first published in 2011, but is yet available from pd.ware@hotmail.co.uk - as well as loads of other back issues and Specials.  Entertainingly and interestingly written, it's probably the best 'fanzine' I've ever read (going by the few issues I've got) and it gives some of the more 'professional' mags devoted to such subjects a good run for their money - and even wins the race I'd say.  So forget the mags you see on the shelves of WHS, buy one (or more) of this fanzine instead.

One of the more recent issues (now calling itself Past Perfect), below, covers just about everything by way of comics, TV shows, and movies - from Star Trek, Daredevil, The Time Travellers, The Silver Surfer, Timeslip, The Mighty World Of Marvel, Mister Miracle, She-Hulk, TV Century 21, T.H.U.N.D.E.R. Agent Noman, Marvel Team-Ups, and TV Tornado, it's 80 A5 pages of sheer nostalgia heaven.  With full colour throughout (the only exception being images that were originally in b&w), it's more than worth £3 - grab it while you can! 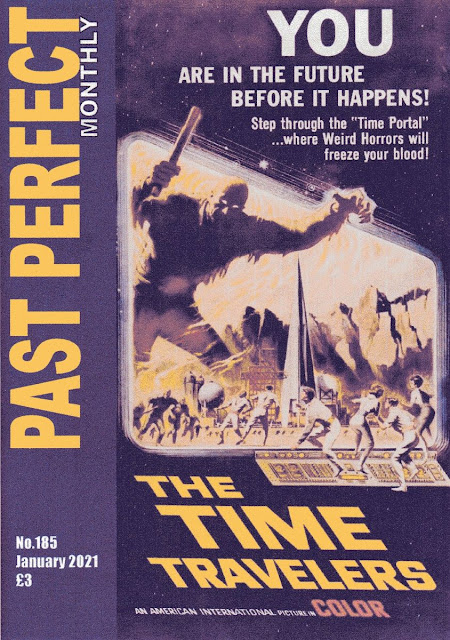 Many thanks for the post, and glad you enjoyed the Special. I'm currently hard at work on the Special for next Christmas, which will probably be a look back at the original run of Iron Fist (from his origin in Marvel Premier #15 through to his teaming up with Luke Cage in Power Man #50). I remember reading his origin in the pages of the UK Avengers Weekly and thinking it was much more interesting than the previous kung fu series in that comic, Shang-Chi, because it seemed more like a regular superhero origin tale. Here's hoping there are enough 1970s kung fu fans out there to make the Special worth all the work!

Nae bother, PW, thanks for sending the replacement and extra ish. I think that there's bound to be loads of Kung Fu fans out there, so give me the details nearer the time and I'll plug the Special on the blog.