IT STARTED WITH A CONCEPT CAR... 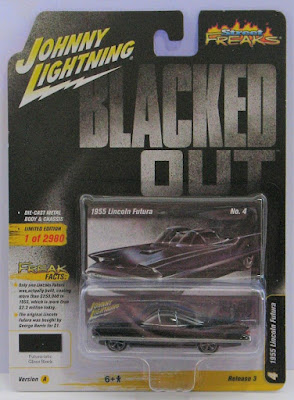 I'm sure most of you will already know the origins of the TV Batmobile, but the following recap is for those who don't.  It was customised by George Barris from a 1955 Lincoln Futura, only one of which was ever made and purchased by Barris for a mere dollar.  Originally it was pearlescent white, but was repainted red when it appeared in a movie called It Started With A Kiss in 1959.

Anyway, that's the bare backstory of my new Johnny Lightning diecast car (above).  This time it's painted black, but it's a faithful scale model of the Lincoln Futura which, should I ever decide to carefully remove it from the packaging, will look nice displayed alongside my Mattel Batmobile in the same scale.  (See second pic below for an idea of what that would look like.)

So what do you think, readers - was the Batmobile one of the coolest cars ever created - or not? 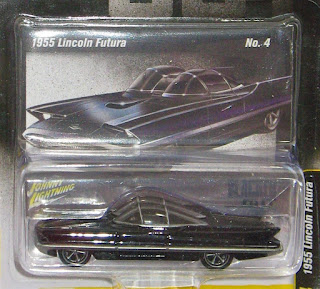 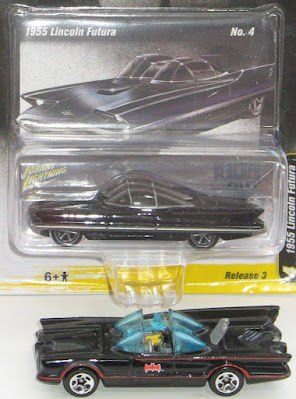 I didn't know about the Batmobile's origin.

Tsk, tsk, CJ. You should've done because I've mentioned it before.