I've mentioned my deteriorating memory before, so it'll come as no surprise to you that although I remember having the above 1972 Popeye Holiday Special back in the day, I can no longer recall precisely which house I was living in at the time.  We flitted halfway through June of that year, so it could've been either my old house or the new one I was in when I first bought this mag.  Not that it matters to you, but I'm somewhat irked by my inability to recollect exactly where I was living when I purchased it.

(Perhaps I bought it not too long before flitting and it came to our new house with me, which is why I can't nail it down to one over the other.)

I was fascinated by the cover when I saw it, as there was something about its pristine newness that appealed to me.  The replacement copy I received yesterday isn't quite in the same category condition-wise, but it's good enough to remind me of what it was about it that enthralled me in 1972.  So that's another item from yesteryear ticked off the list, time to move on to the next one in my search.  (I'll tell you what it is when I find it.)

In the meantime I thought I'd show you a few pages from this Special, which probably wouldn't be allowed today as some humourless harpies would decry them as sexist.  And perhaps it could be argued that they are, but I see a great deal of observational truth in them.  And anyway, women make sexist comments about men all the time, but that's okay it seems, as it's only men that get pulled up for it because, as we all know, all guys are b@st@rds.

Anyway, whether you agree with me or not (and it isn't mandatory), enjoy these few pages of Popeye.  Click to enlarge if necessary.  Incidentally, the disparity between the shades of grey from page-to-page is nothing to do with me - that's the way they were printed in the Special.  I assume they were originally in colour, and some have withstood the change to 'greyscale' better than others. 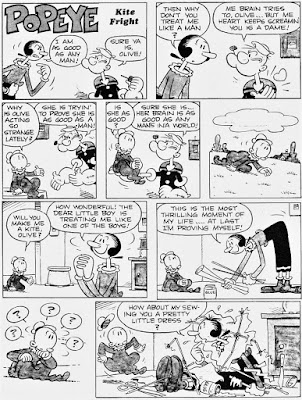 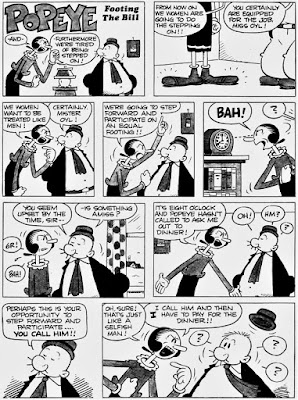 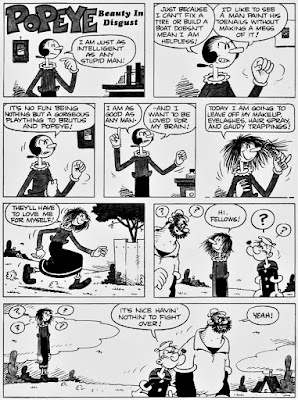 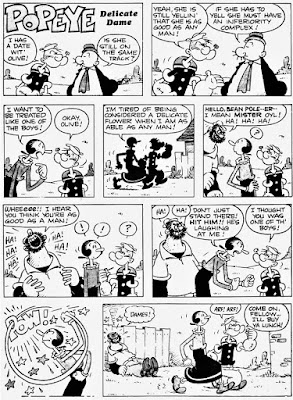 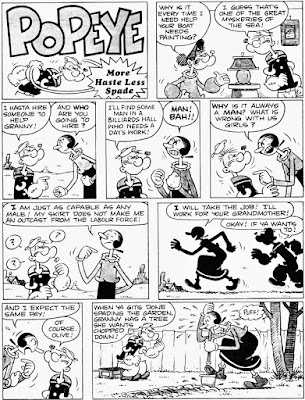 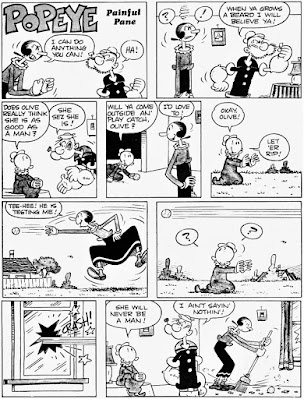