A 'REPAIR' TO LEAVE YOU SPELLBOUND...

You'll doubtless be bored of seeing this cover by now, but there's a reason for yet another appearance.  Y'see, a whopping 52 years or so after first reading this comic in a former neighbour's house when my mother, brother, and myself were back visiting one night in the late '60s, I finally took possession today of my own copy of this mag.  However, I'd already told you I'd bought it a few posts back, so there's another reason for featuring it yet again.  First, though, it behooves me to reiterate that I never actually owned this mag when I was a kid, I merely read it, but the lead story left such an impression on me that I never forgot it.

This is a British mag, but this copy came from Australia, so I assume L. Miller and Alan Class comics were also sold over there, or maybe this one was taken back by a visiting Ozzie who'd been holidaying in this country.  Who knows, who cares?  (If you don't, then neither will I.)  Incidentally, Alan Class bought Miller's inventory of stories in 1963, so there's a possibility that the lead tale might have later turned up in one of Class's own mags.  Anyone know for sure, and if so, which mag it was?

Anyway, I'll get to the point.  The comic was far from pristine condition (though certainly not falling to pieces), but it had a few colour creases.  Nae bother to the big man!  (Yes, that's me - whit aboot it?)  With my trusty acrylic inks and sable brush, I soon transformed it from how it looked above (seller's photo) to how it now looks below.  The 'foxing' is more obvious on my scan, but that's only because I obviously have a better scanner than the seller.  I didn't go overboard, there are still signs of wear, but I think it looks a lot better for my handiwork.

Don't be shy about telling me you think so too, as my ego is a little itchy and needs a scratch.  The comments section awaits - who'll be the first cavortin' Crivvie to get their name in print?! 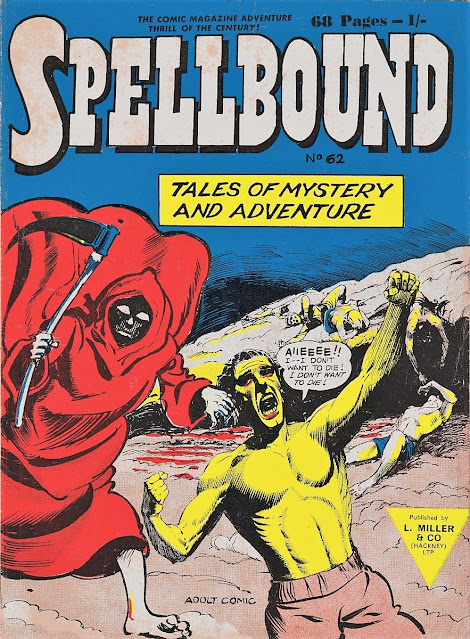 So you can compare them better, below is a split-screen screen-shot of the 'before and after' versions side-by-side.  Click to enlarge. 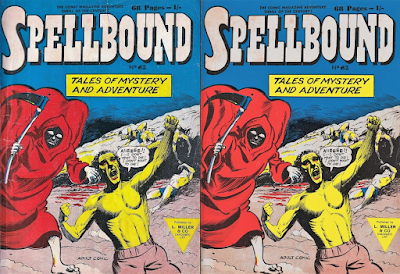 Oh come on, CJ - surely it's better than that?