You're looking at the cover of BLAKE BELL's 2008 book, The WORLD Of STEVE DITKO.  When myself and one of my pals, MOONMANDO, visited an art gallery recently and saw a display of giant heads, I remarked that they reminded me of Ditko in some way, though I wasn't quite sure why.  It was semi-regular com-menter McSCOTTY (in response to a post I did of our visit) who pointed out that the display was reminiscent of the cover of Blake Bell's book - which I've had in my collection for a good while.

Anyway, Moony played around with a couple of photos he'd taken of the display, transforming them from colour into black and white, and also photoshopping the suspending cables out of the picture.  He's graciously allowed me to reproduce them here and, as you can see, they're almost like the Ditko illustration brought to life.  I wonder if the display's creator was inspired by the co-creator of SPIDER-MAN - what do you think? 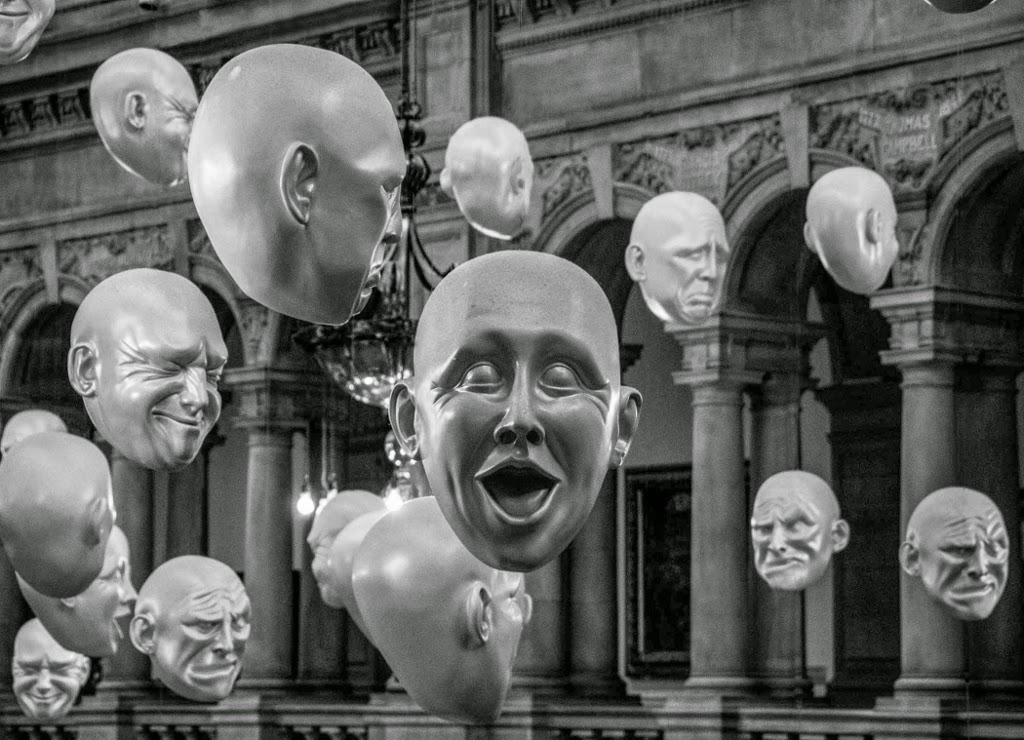 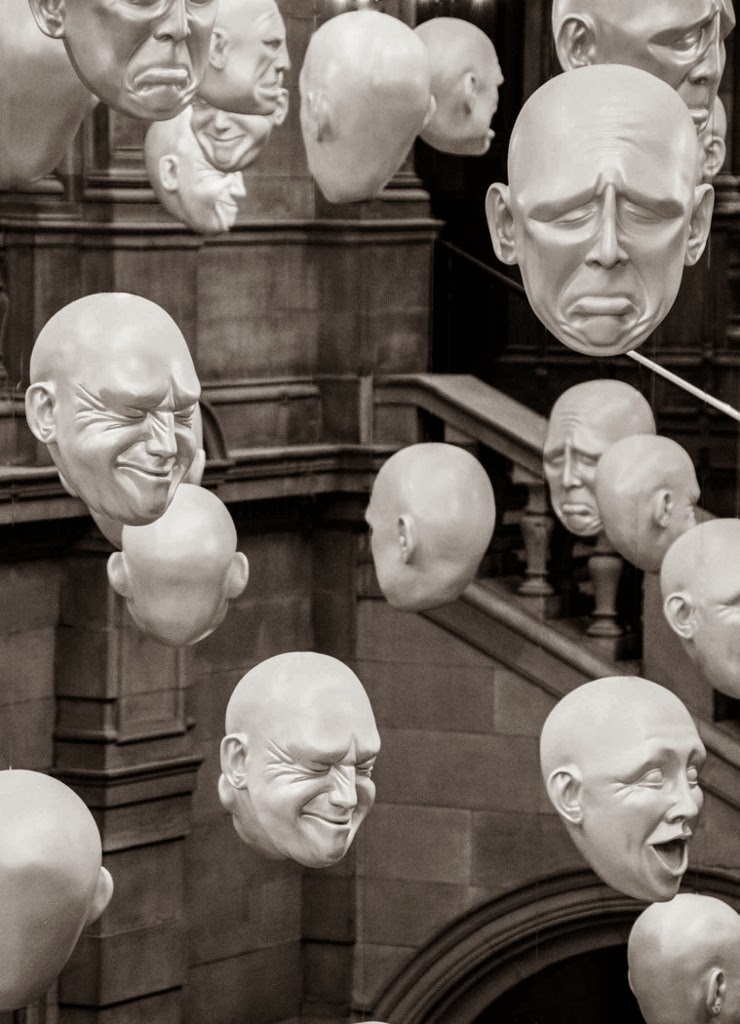 When I was 12 I bought a colour collection of the early Steve Ditko Strange Tales stories of Doctor Strange and his cartoonish style looked quite good on those and Spider Man. If I remember correctly he returned to Marvel around 1980 and drew Machine Man but that comic didn't last very long - I think it was cancelled around No.18 and perhaps his artistic style had become a bit old fashioned by then.

It wasn't so much that his style was old-fashioned, CJ ('though that was probably true to a certain extent), but mainly that Ditko, sadly, wasn't at the top of his game at that point.