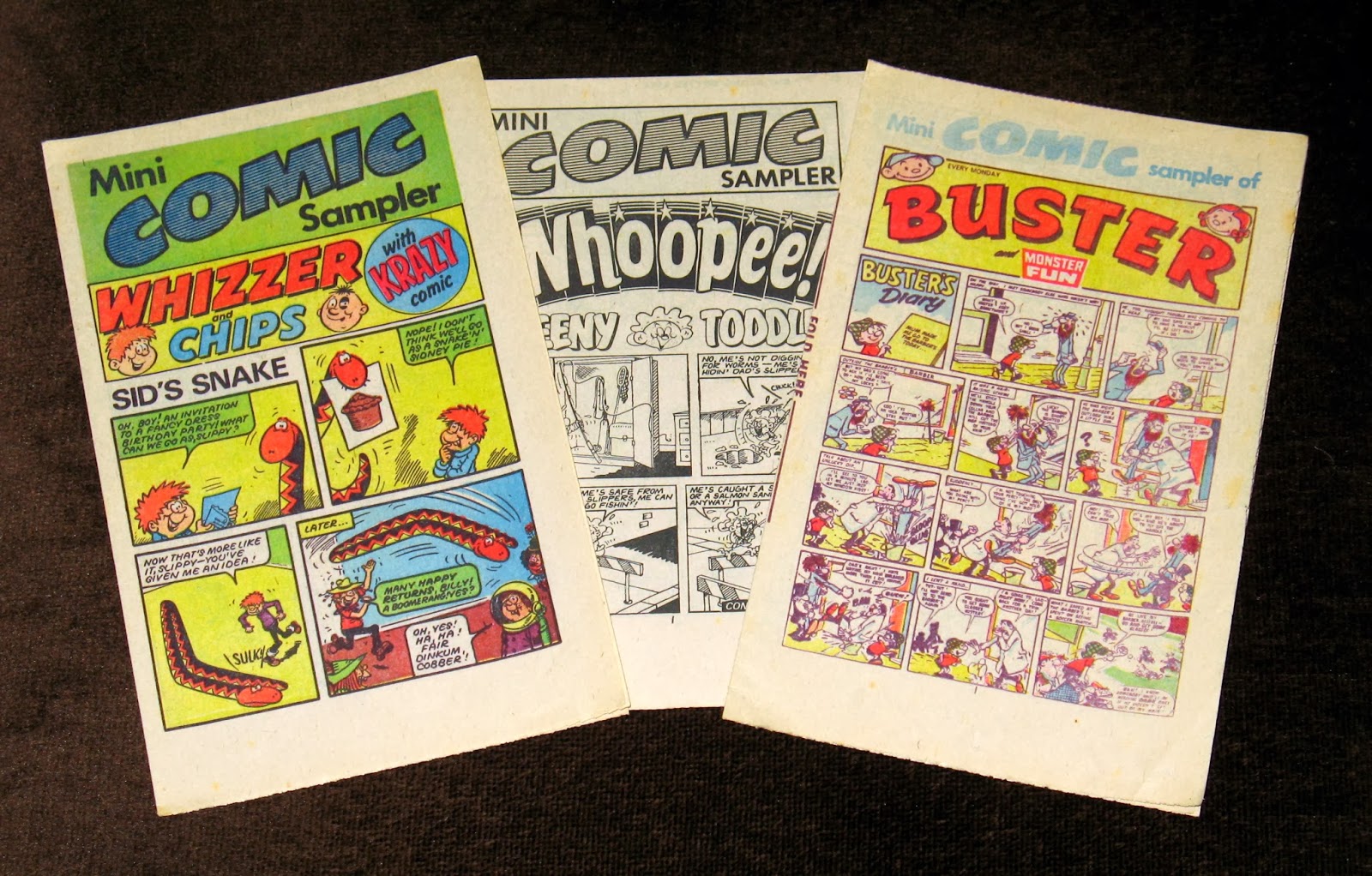 Based on the MONSTER FUN logo still being part of the
BUSTER masthead in the above pic, I think it was towards the
end of the 1970s when these mini 'Comic Samplers' appeared in
various IPC comics.  I used to have a couple of other ones, I'm
sure, but they seem to have been lost to the maws of time.

When you think about it, it seems like a great way of promoting
different comics to a wider readership.  There was one drawback
of course, which was that only existing readers of the titles in which
they appeared ever got to see them, and if they were already buying
the comics being promoted, then no sales would be gained.  Worth
trying 'though, and it's an idea that THE BEANO should've con-
sidered when THE DANDY was relaunched back in 2010. 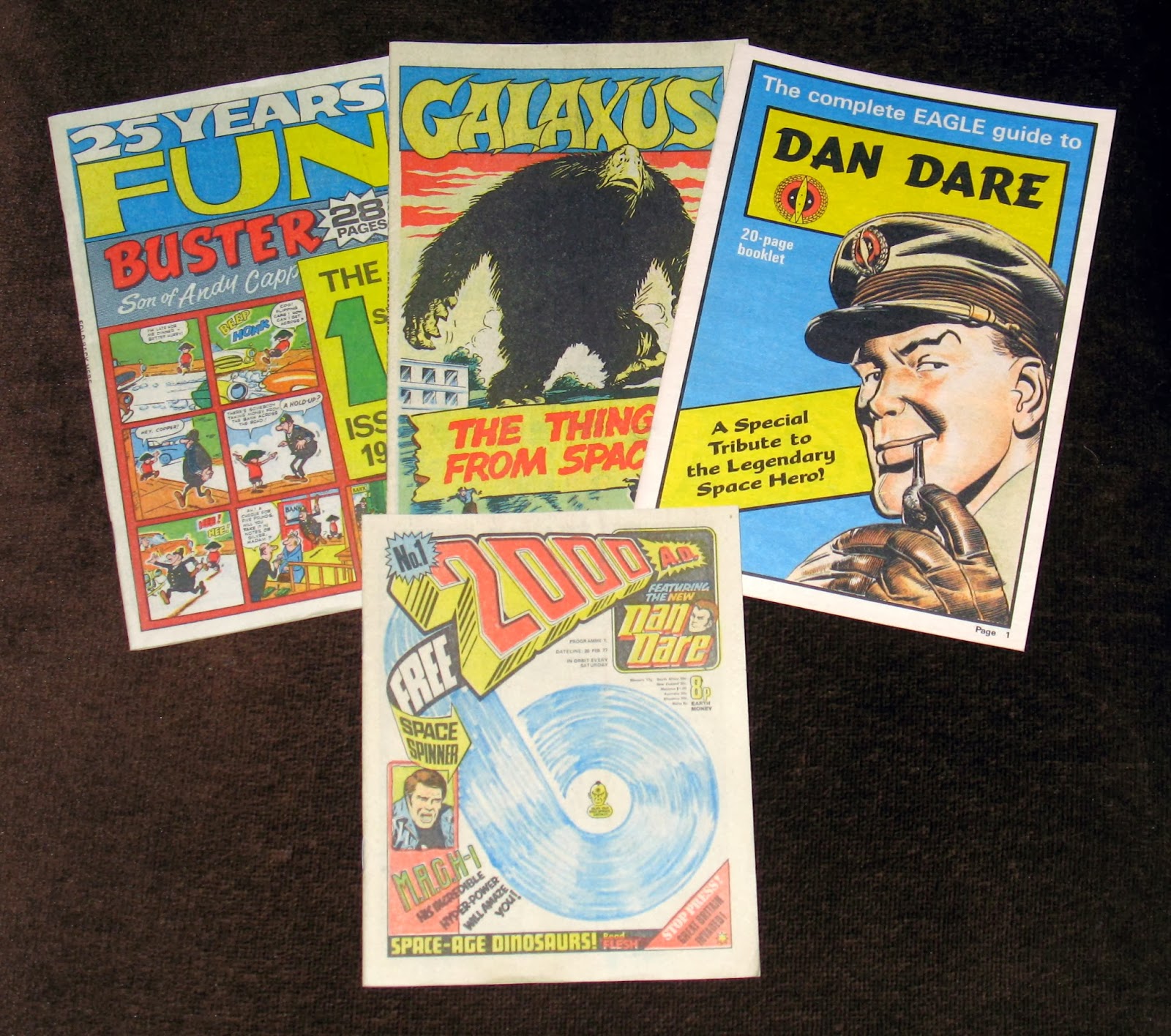 Another thing I used to love about IPC comics is when they'd
print pull-outs over several weeks, which, when stapled together,
resulted in a complete mini-comic.  Feast your eyes on the ones
in the second photo - great, aren't they?!

In fact, if you're all well-behaved little Criv-ites, I may well
feature the contents of some of them for you to drool over in a
future post.  Which one would you like me to start with?
Posted by Kid at Thursday, March 06, 2014

They were still doing the mini samplers in the 1990s... I've still got the mini preview version of Sonic The Comic that came out of a Thunderbirds comic sometime in 1993.

I've got all those Thunderbirds comics, so no doubt I'll have that sampler too, THB.

Wouldn't mind seeing the Whizzer and Chips one. The previous owner some of my copies decided to cut the booklet out.