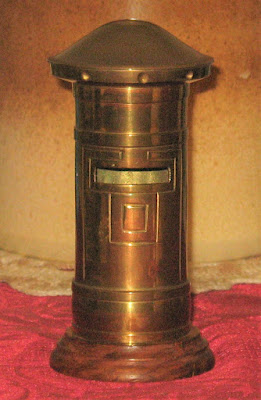 You may remember several posts (npi) back I showed you a pair of post/pillar box money banks I'd recently acquired to replace a couple I bought in 1978.  Back then I gave one of them to a friend, and kept the other until 1989, when it got damaged beyond repair and was reluctantly disposed of.  I very much regretted its fate, and started buying other post/pillar boxes to fill the space of my original one, and I believe I said I'd show you them when I got the chance.  There's yet another trio or so tucked away somewhere, but I'll add them when they eventually show up.

In the meantime, here are the ones that were readily to hand for photographing, followed by the replacements of my first one, originally purchased in Southsea in December of 1978.  Apart from the brass one above, none of the 'new' ones are necessarily shown in the order of acquisition.  Any other Crivvies got a collection of money banks, especially post/pillar box ones?  Or am I the only one brave enough to admit to my obsession?  Tell all in the comments section. 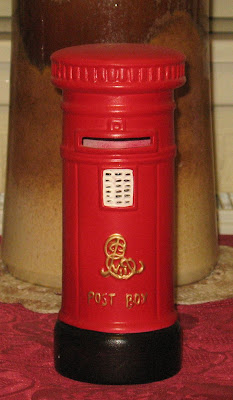 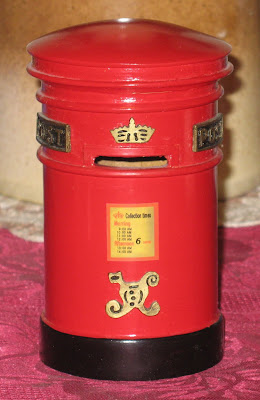 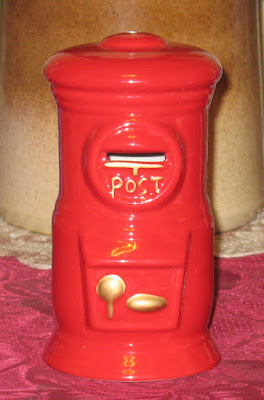 And below is the pair of replacements for the ones I bought back in 1978 - with a friend (who predates them). 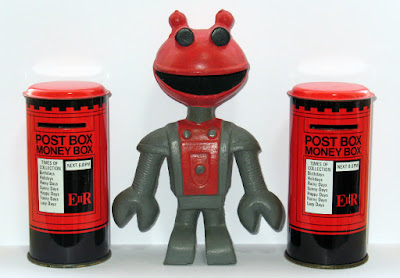