Bax and Reg - a winning combination...

Managed to buy the 1969 Valiant Summer Special recently, which consists mainly of reprint material.  The only strip which might be new is the Bluebottle and Basher strip by Leo Baxendale, but I couldn't guarantee it as it may well be a resized reprint - though there's no obvious signs of it.  However, it's in colour, so I thought I'd share it with you here, along with a Billy Bunter 2 pager, drawn by Reg Parlett, which is also in colour.  I've now got every Valiant Summer Special from 1966 to 1972*, plus the one for 1975.  Next on my list is the 1973 and 1974 Specials, the first of those sharing cover billing with TV21.

Interestingly, for three years in a row, starting in 1968, there were combined Lion & Valiant Special Extras, which I don't think I ever saw at the time, so I might not bother pursuing them.  In fact, the only Valiant Summer Special I specifically recall buying back in the day was the 1971 Valiant & Smash one, though I think I might also have had the 1972 Valiant & TV21 Special because the cover seems strikingly familiar.

Anyway, enough twaddle from me, as you'll be eager to read the two humour strips I mentioned earlier, so there they are below - feast your eyes.  It's interesting that in the first strip, it's the copper that comes a cropper, whereas in the second, Bunter gets his just deserts (honest, that's the correct spelling, despite the pronunciation) - even though caning pupils would be considered assault nowadays.  Anyway, feel free to leave a comment telling your fellow Crivvies just how much you enjoyed these comics classics.

(*Oops, I've just checked my Specials and the one for 1968 isn't among them.  I was sure I'd bought it, so either I'm mistaken, or it's lying about somewhere and I haven't yet placed it in with the others.  With my luck, I'll probably find it only after I've bought another copy.) 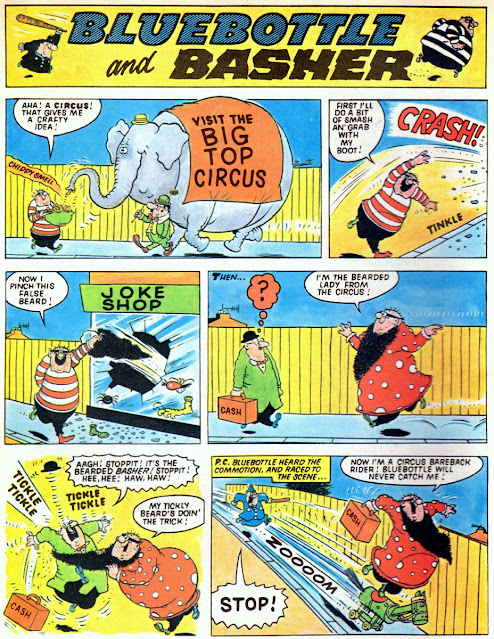 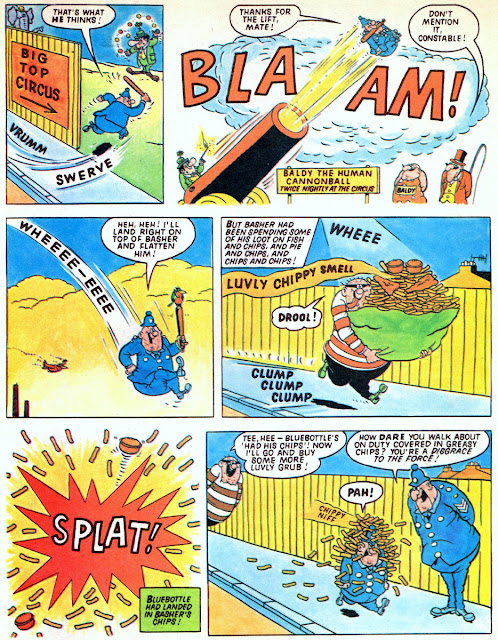 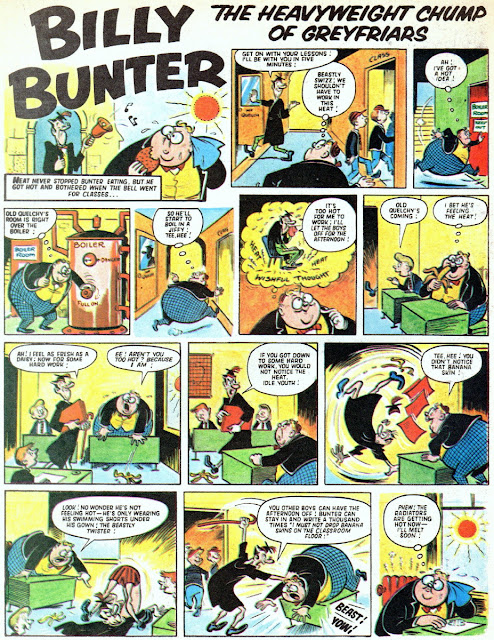 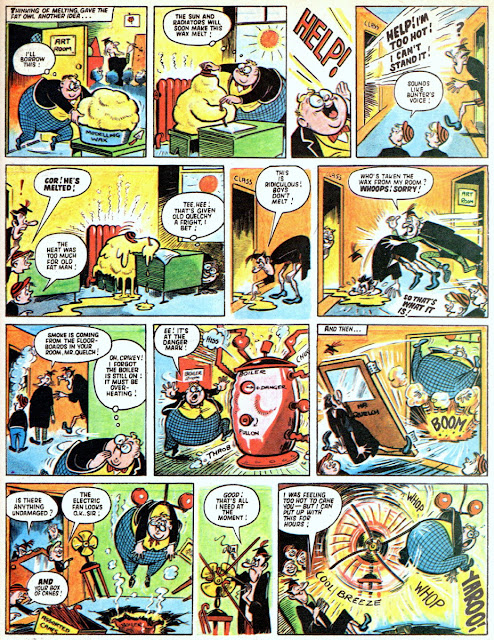 Oh that’s a cracker of a comic, I think I may have had that one as a kid. I never really bought (or was bought) many of these at the time as they were expensive and I preferred to get the weeklies (or as a treat a US or Alan Class comic) but looking back I missed out. Sadly (in my experience ) when I see them on sale now they are way to expensive to buy and difficult to find. Love the cover and anything with a Leo Baxendale strip in it is always a wee treat. A thread showing all the covers would be good now you have them all -I’m a tad envious !!!

I don't have them all, McS, just the first 7, plus the one for 1975. I did do a cover gallery before (of the ones I had), but I might publish an updated version, or just update the original post. I may aim to complete the set, but I don't think the ones from 1976 on were quite as good, so once I track down the '73 and '74 Specials, I may call it quits.

Hopefully it will be in your collection Kid, I think from the scans there's a good chance you have it. I stopped regularly buying UK traditional comics around 1971/2 but remember seeing the 1980 special with that great House if Dollman cover ( I think by Brian Boland) and wish I had bought it. .

I really should have it, McS, because I can't see me going for the 4th Special before I've got the 3rd - and the cover is extremely familiar to me. Hopefully, I've got it and just never got around to putting it away with the others. Ah, the comics (and toys) that I now wish I'd bought when I had the chance.