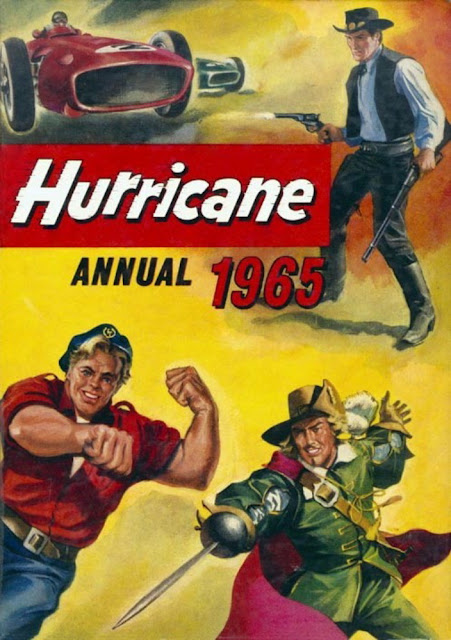 HURRICANE is another example of a British weekly periodical
that was outlived by its Annual.  Hurricane the comic went on sale in
February 1964 (cover-dated 29th) and merged into TIGER after only
63 issues in May 1965.  The Annual, however, lasted to the '74 edition
(issued near the end of '73), a whole eight years after the demise of the
comic.  Here, then, are all ten Annual covers of a short-lived British
weekly that is still fondly-remembered by readers of the time. 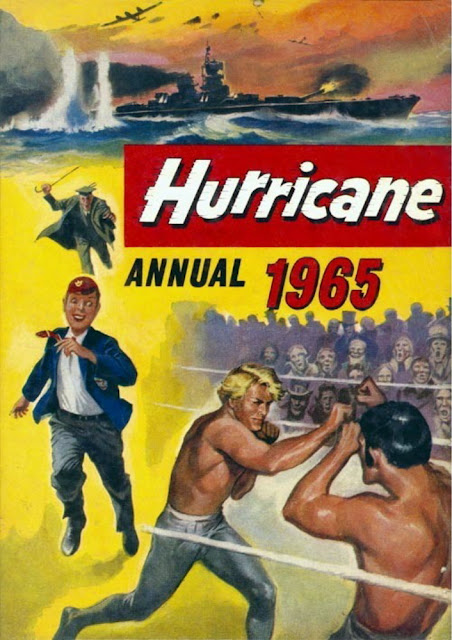 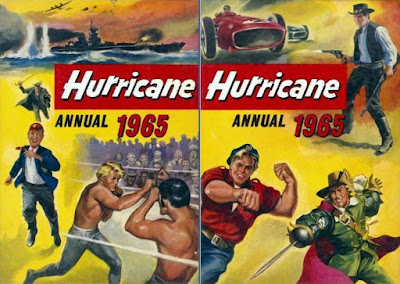 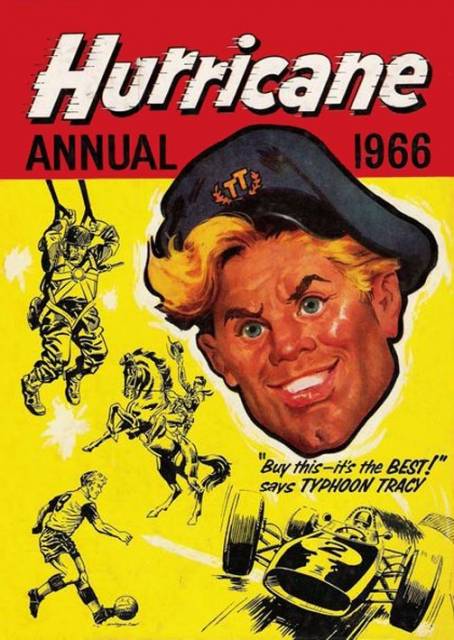 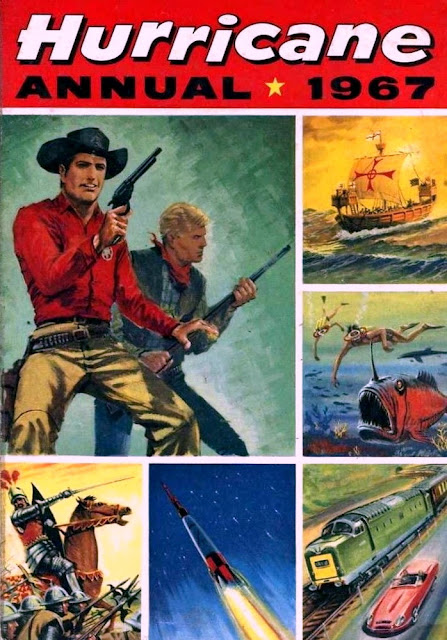 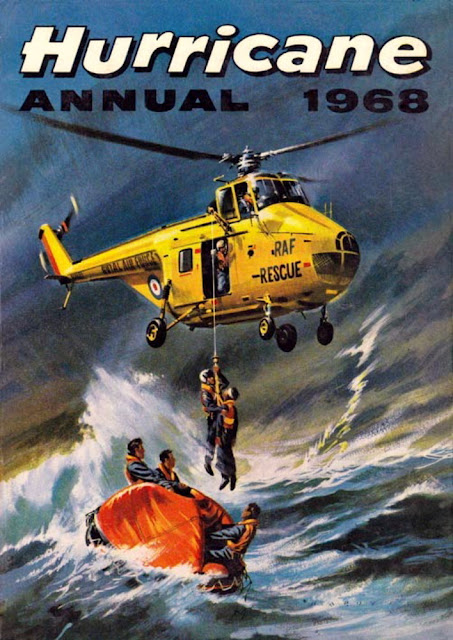 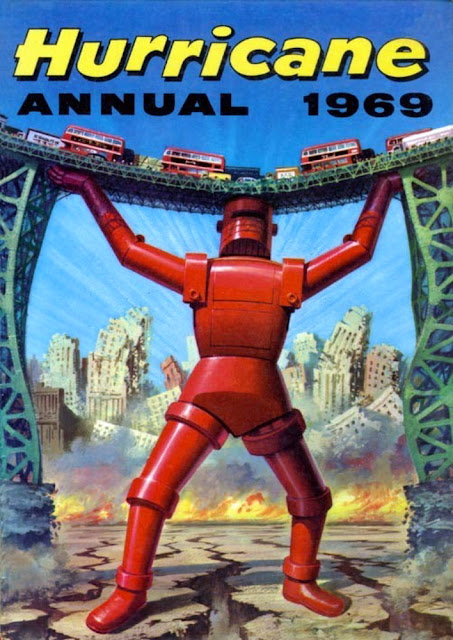 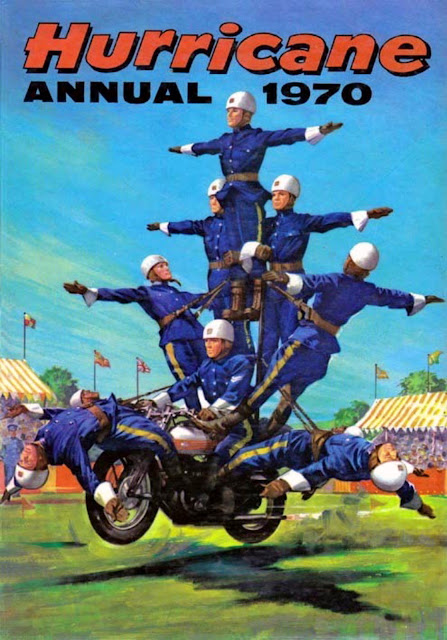 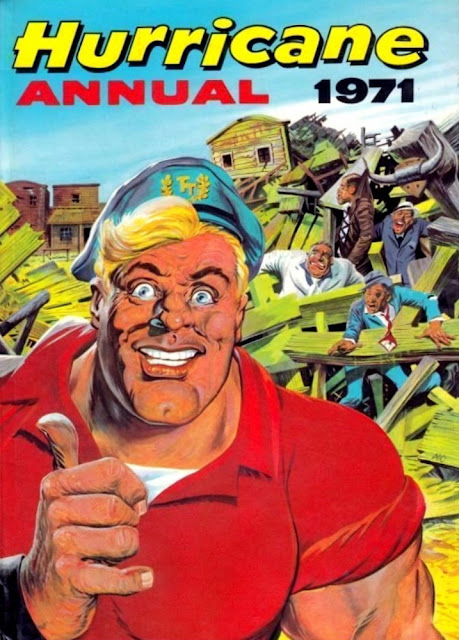 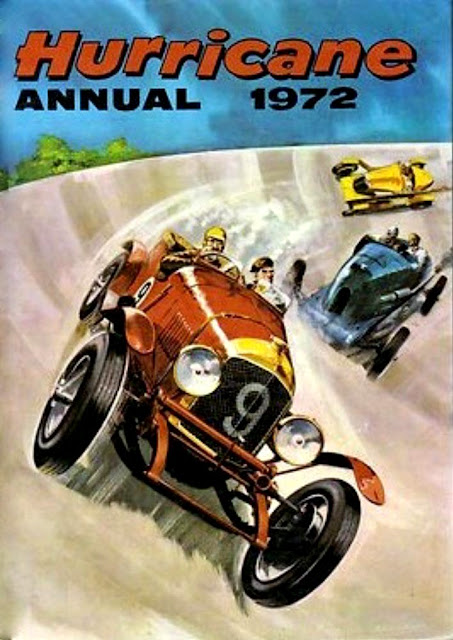 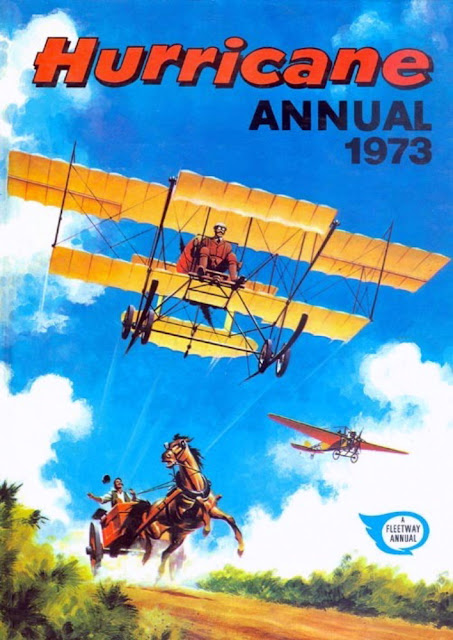 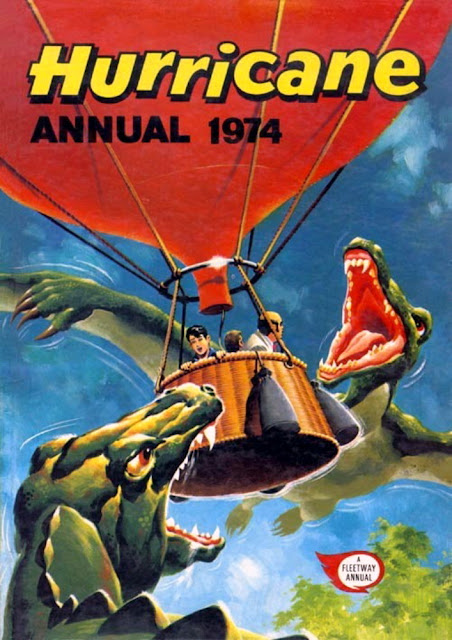 I only have a vague memory of the weekly Hurricane comic but from the 2 issues I have in my collection it looked a bit hit and miss to me (very good in places all the same) although it was printed on very nice paper. I do recall having the 1969 Annual and keeping that for a few years , the cover story if I remember correctly was very good (to a nine year old at the time at least)

I remember seeing Typhoon Tracy in an Annual, I think, in 1966-'67 in school one day and just assumed that he was a contemporary character appearing in a comic. (Which, if he was still appearing in Tiger, he was.) What I find now weird 'though, is that Hurricane came out when I lived in one house, continued when I lived in another (and was attending another primary school from those two houses), yet I didn't see him until I was living in yet another house (and the comic had already been merged with Tiger) and attending my second primary school. The (trivial) point being that I don't associate him with the period in which Hurricane made its debut. Not that it matters to anyone, but I feel better for having recorded it for posterity.

Yeah, it wasn't really a great comic and had some '50s reprints in it, if I recall correctly. I'd have to check my first issue to be sure 'though.

A copy of that 1969 annual is up in my Mum and Dad's loft somewhere....probably in less than NM condition! Such a striking image, seeing it again immediately took me back to Christmases as a kid when these annuals were a regular present from my Grandparents.

Rescue that Annual quick, V&S - before it rots away. Isn't it great that an image can prompt such wonderful memories?