H'mm, that's strange (no pun intended).  When I look at these pics, I don't automatically associate them with the house in which I lived when I purchased them.  In fact, I was surprised when I saw the date of 1984 in the indicia, because I thought I'd obtained this four-issue series in 1982 or '83, when I first lived in the house I'm in now.  (In case you're confused - or interested - I resided here from 1972 to 1983, before my family moved to a new home, only to return to our former abode after just over four years, in 1987.)

This cracking series reprints the classic 12 issue 1960s run of STRANGE TALES #s 130-141, wherein Dr. STRANGE embarks on his greatest adventure.  This STEVE DITKO plotted tale ran for a year - a year - something that most rabid readers who first experienced this scintillating saga in epic editions like this (or MASTERWORKS and OMNIBUS volumes) forget.  Although plotted by Ditko, STAN LEE makes his customary immense contribution by scripting the palpitating proceedings as only he can.

The images on display are scanned from my original issues, hence the personal address labels (sans address) on the back of the covers.  I could have scanned them from the Omnibus volume, but I didn't want to risk damaging it, so I'm afraid you'll just have to live with the labels.  When these stories were reprinted, two at a time, in Strange Tales around the mid-'70s (#s 183-188), ten pages were discreetly edited out, but here, one page aside in the final story, the main saga is complete.  (The deleted panels set the scene for Strange Tales #142, but as the MORDO/DORMAMMU tale was over they were edited out, being regarded as superfluous.)

So enjoy the awesome artwork on offer, and don't forget to return for part two.  I'd hate for you to miss anything! 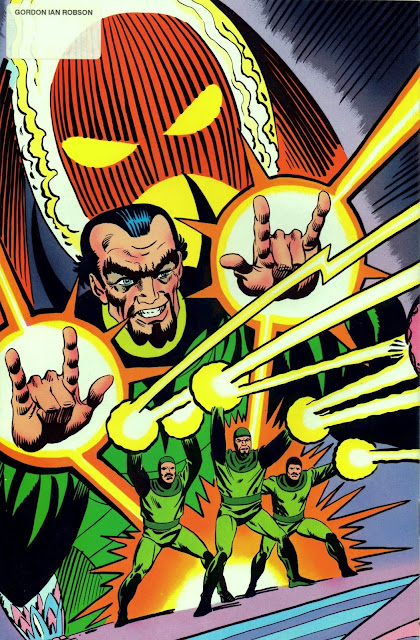 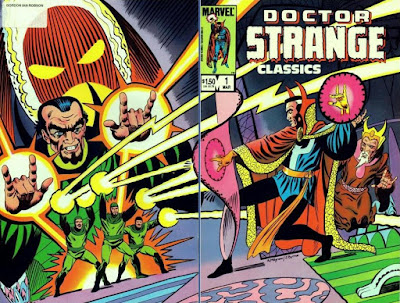 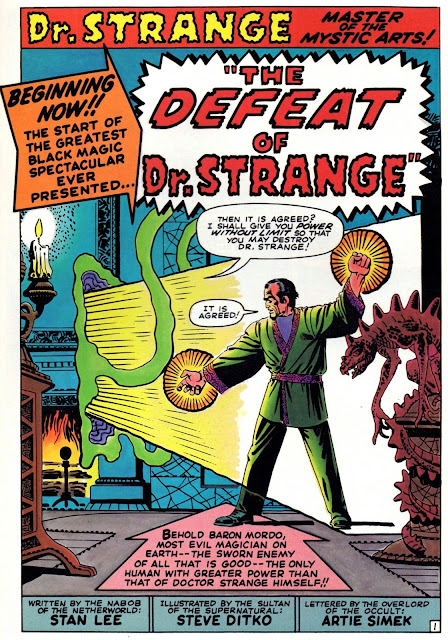 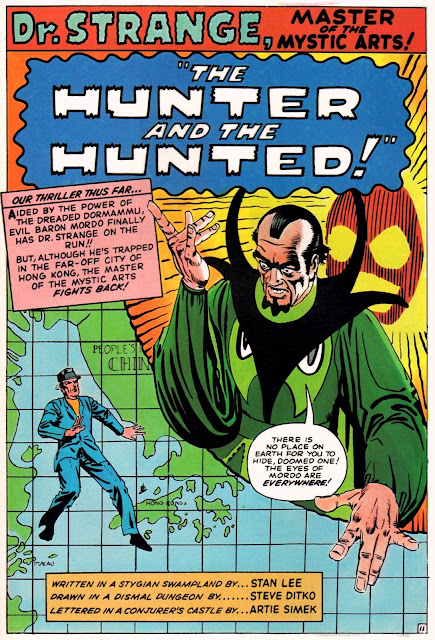 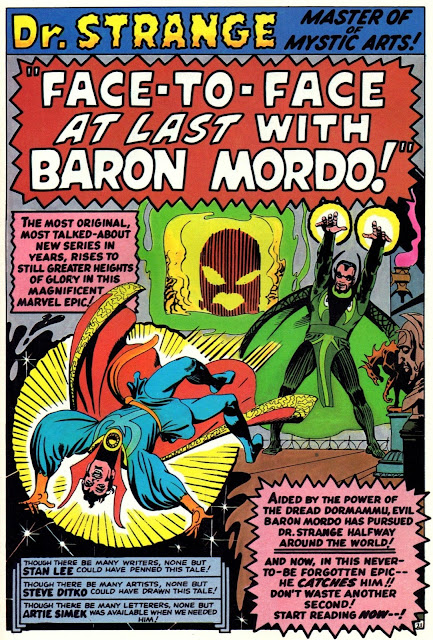 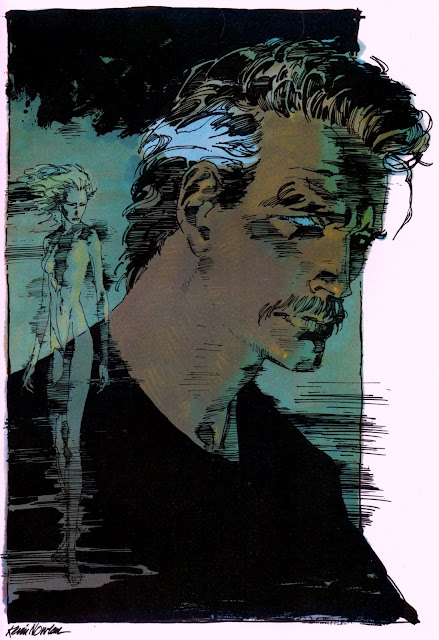 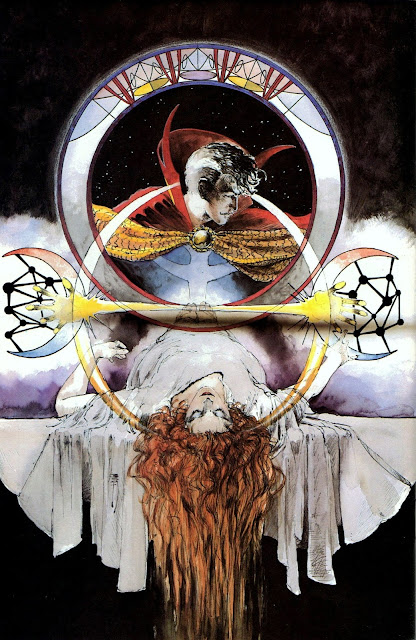 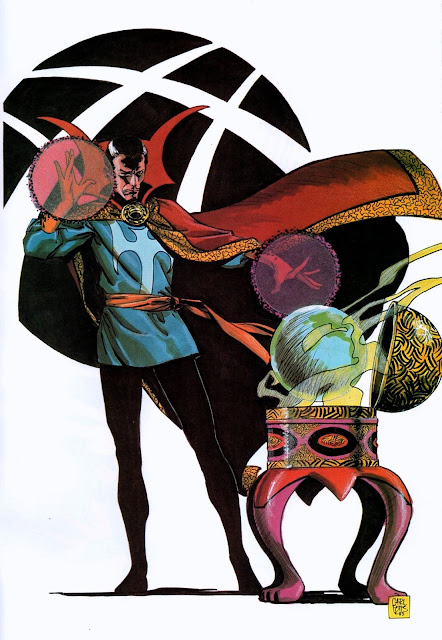 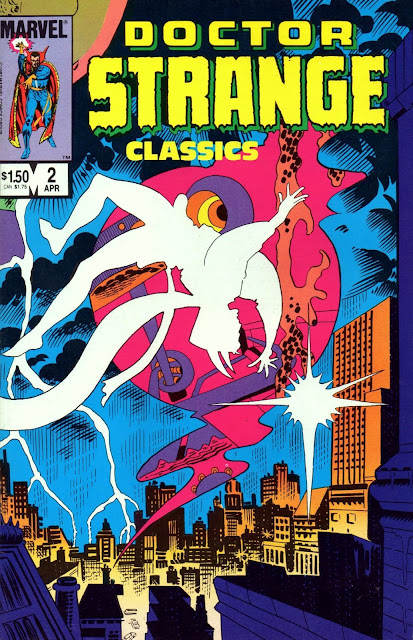 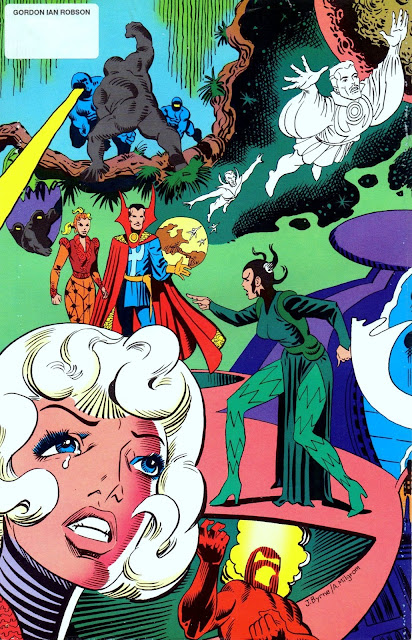 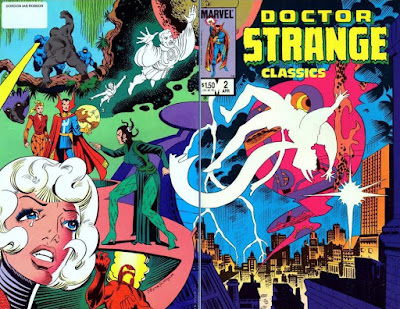 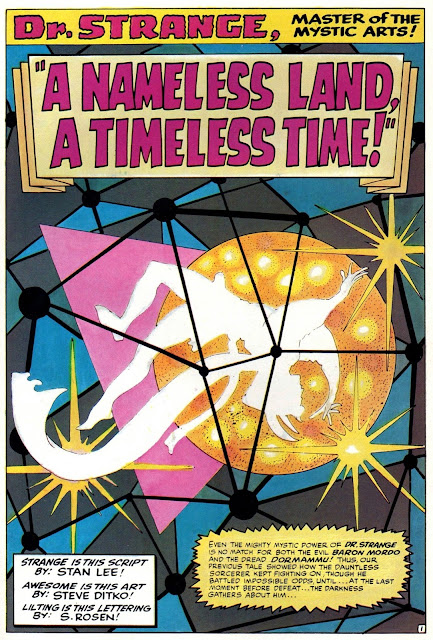 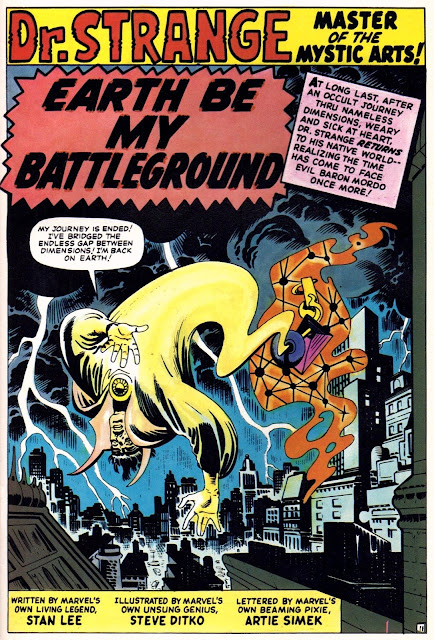 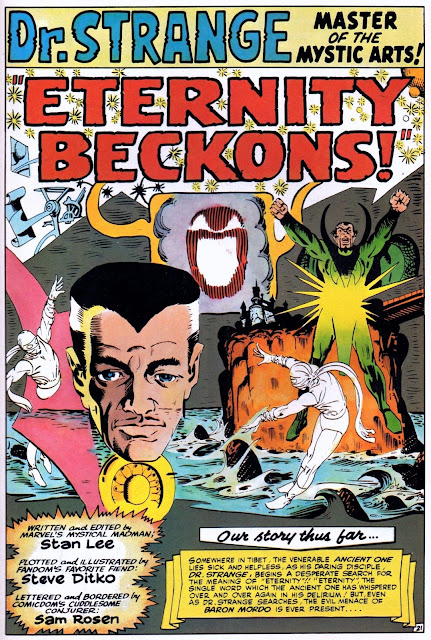 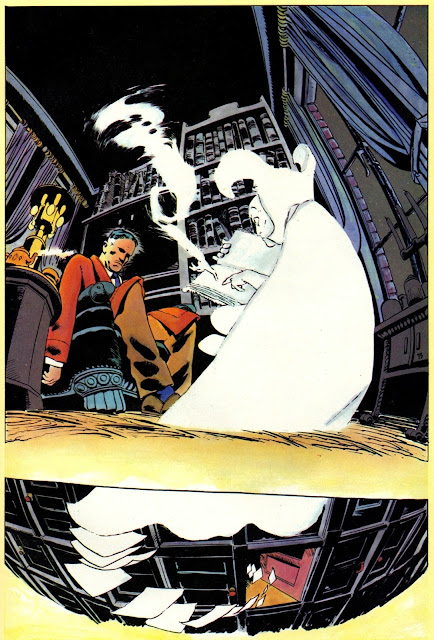 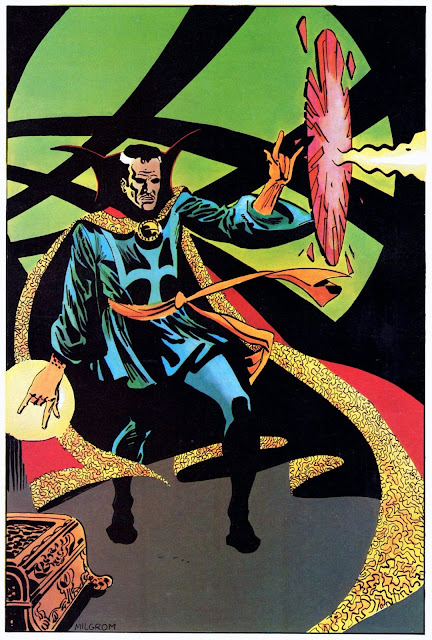 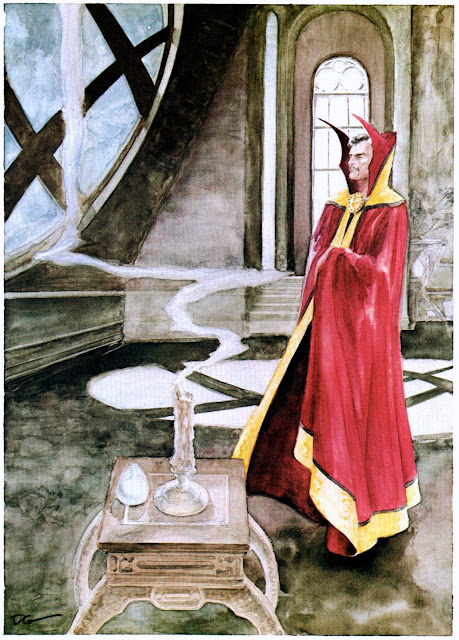 I, for one, approve.

I must admit, even though I am a staunch advocate for original versions, that the reproduction of those original pages is absolutely stunning!

The Omnibus has the original '60s colouring scheme, JP, but they were recoloured for this four issue series. They do look good though, as you note.