CAPTAIN HERCULES HURRICANE was a Royal Marines Commando who debuted in VALIANT #1 in 1962 and appeared right through to the last issue in 1976.  Accompanied by his batman MAGGOT MALONE, he was almost the British equivalent of the United State's 'super soldier' CAPTAIN AMERICA - but without the costume and written in a more humorous vein.  Whenever he lost his temper in a "ragin' fury", he became imbued with an almost superhuman strength - much like POPEYE when he downed his spinach.

This particular full-colour tale comes from the Valiant Annual for 1974 (issued near the end of '73) and is typical of the type of World War II adventures in which Herc and Maggot became embroiled.  CHARLES ROYLANCE was the regular artist in the weekly comic and these pages certainly look like his work, though I'm unsure if he also provided the colour or it was done 'in-house'.

I should point out that, in the following strip, the Captain indulges in a few racial insults that would be considered unacceptable nowadays. However, without en-dorsing such language, the tale appears as originally published and reflects not only the time in which it was written, but also the period in which it was set, and shouldn't be regarded as representing the general attitude of  most Britons today.

Anyway, for all those who thrilled to his adventures as boys, here's another chance to enjoy Captain Hurricane at his rip-snortin' best. 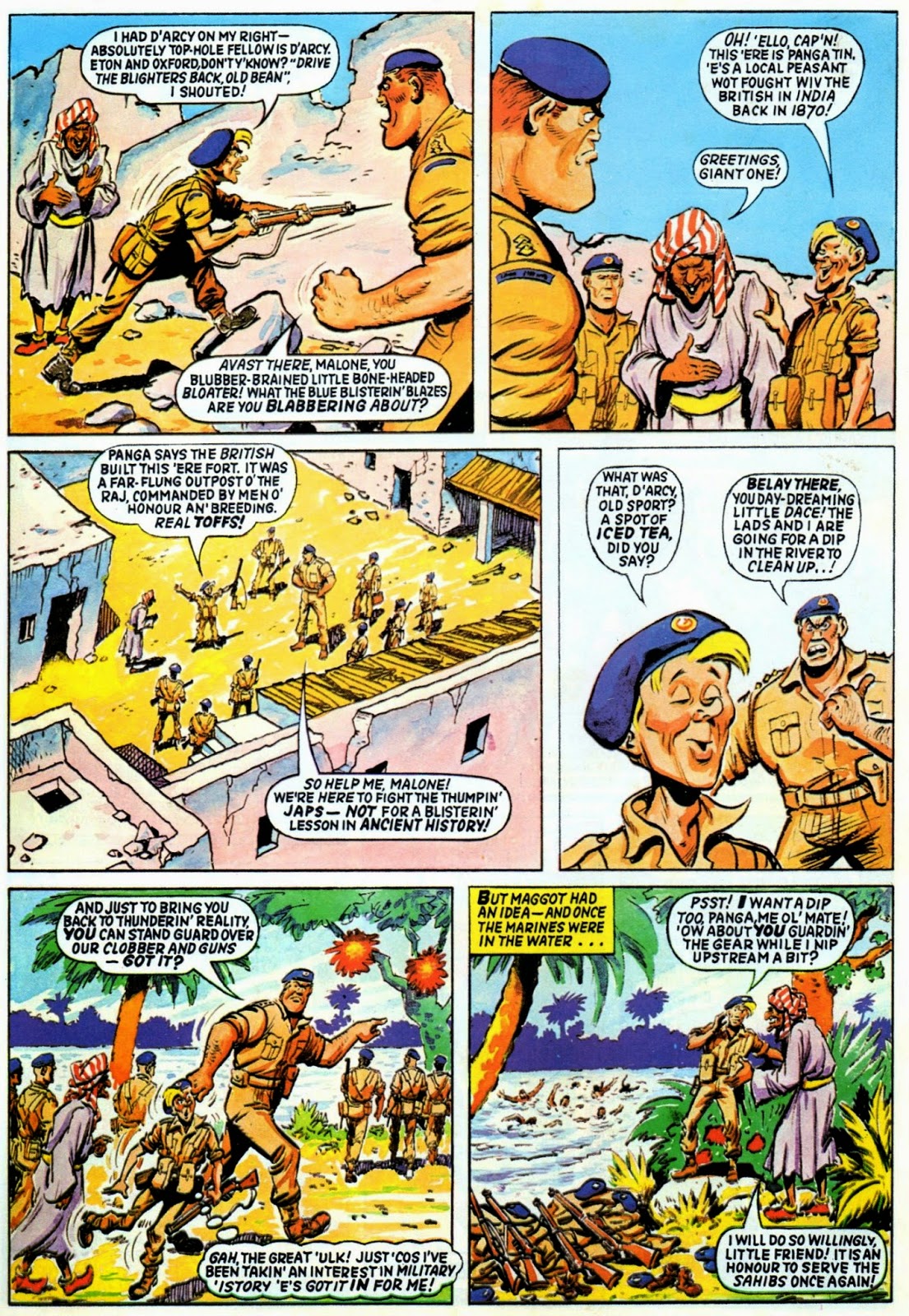 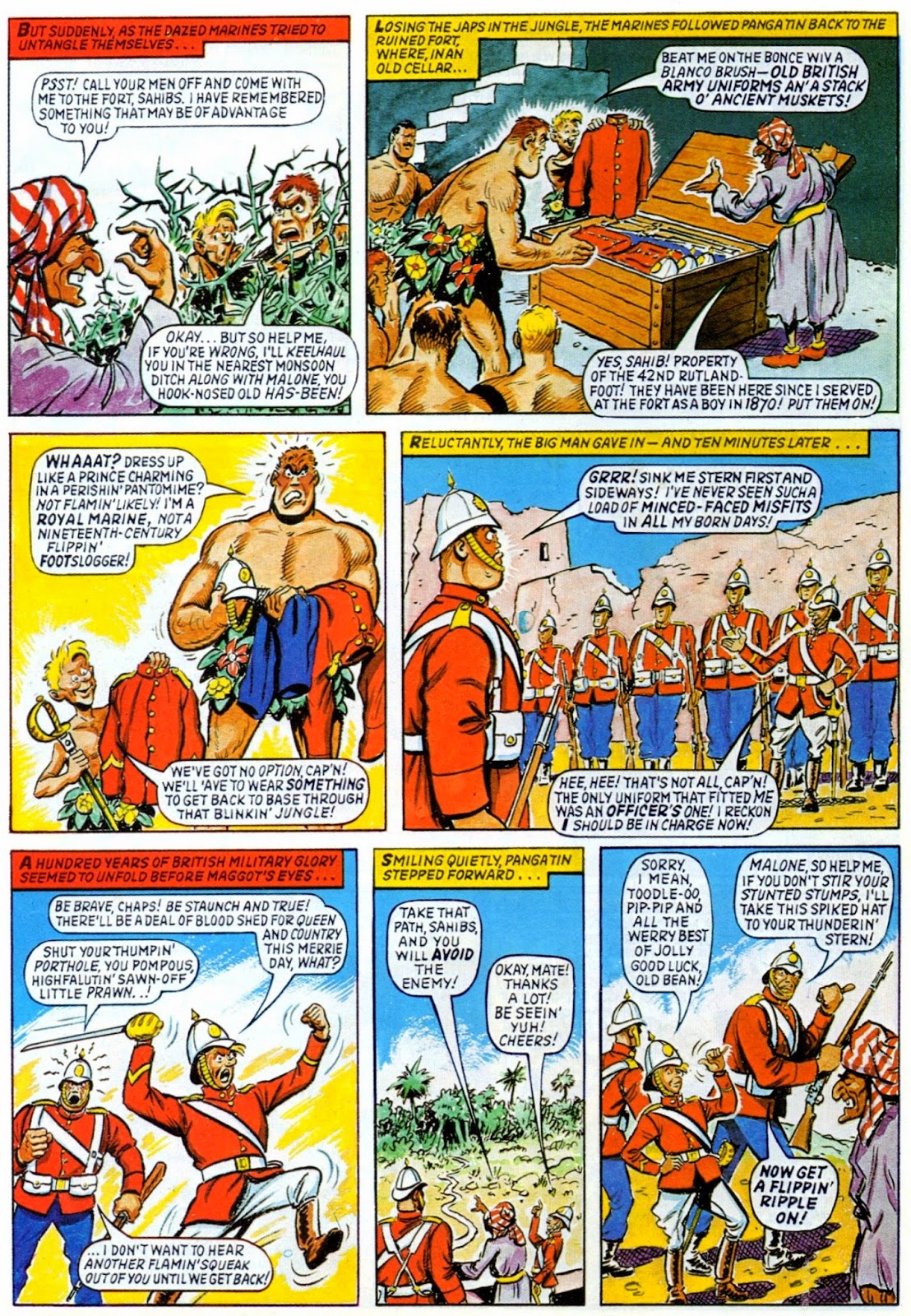 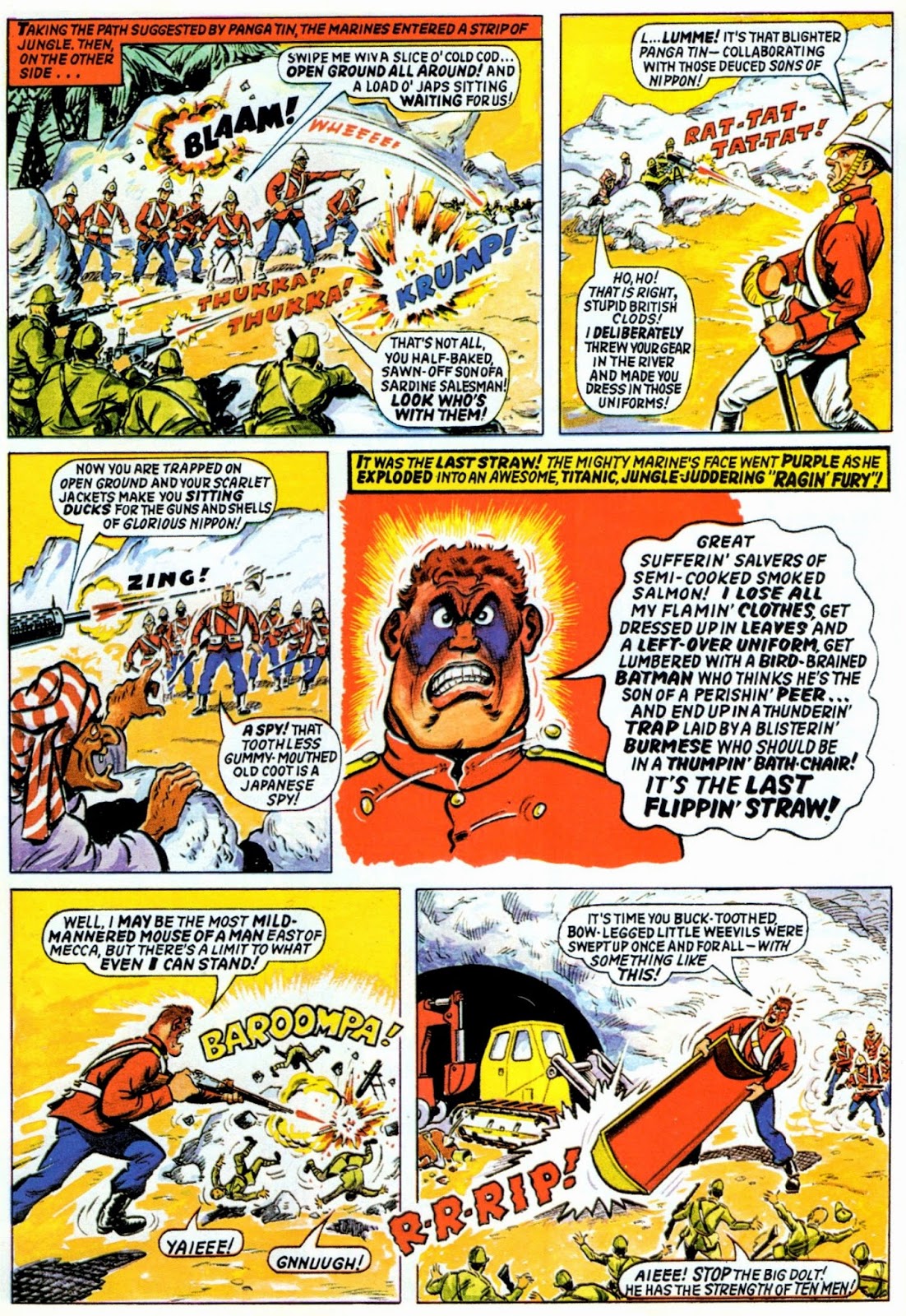 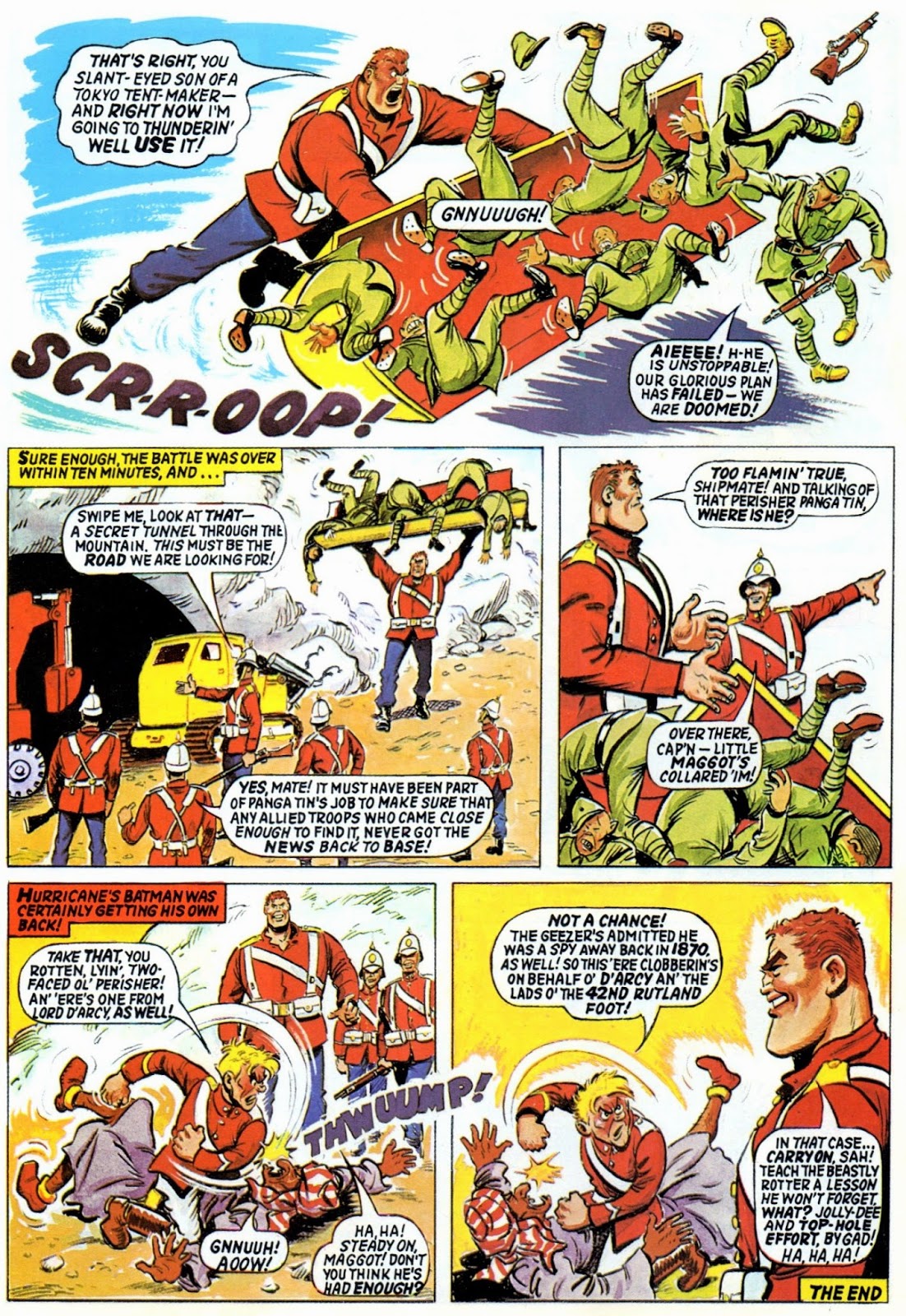 
I usually averted my eyes on army stories.
Saying that I am sure I bought Warlord for a good few months before leaving it on the shelf.
And I also read The Losers whenever I saw an issue,so maybe its just British soldier stories I dont like.

i like your comparison with Captain America,which will maybe soften my opinion.

My favoured bad guys were the Japanazis!

See how willfully I contradict myself.

I was never into war stories myself, either, Baab, but I have a nostalgic affection for Captain Hurricane because it represents part of my comics-reading youth. I even bought Warlord for a while, too - dunno why. Probably just because it was a new comic.

I loved the way that, when in a ragin' fury, he would never actually kill or shoot any of the " sausage guzzlers ", but would simply knock them all out with the butt of his rifle, denting their helmets and making them see stars!
That's 2 out of 3 of my Valiant faves. I wish there was a website for the comic like the Buster site.

It would be interesting to go through all his stories, JP, and see if anyone ever actually died. I don't think I ever bought a copy of Valiant until Smash! and TV21 were merged with it, but I had previously read a few. Great name for a comic.