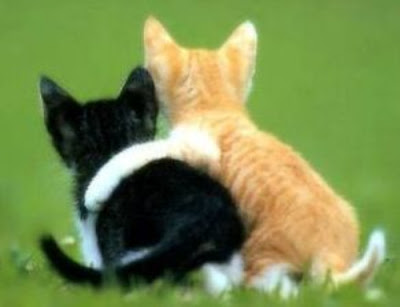 How do you choose your friends?  What qualities or attributes do you look for or expect in those individuals with whom you socialise or make time for in your lives ?

Why do I ask, you may be wondering, so I'll tell you.  I've been reading a few blogs by professional comicbook contributors past and present, and one of the things that strikes me is that quite a few of them have one particular thing in common.  Which is?  Arrogance!  It may be an arrogance concealed by a cloak of humility or polite-ness, but it still lurks beneath the folds of that cloak just the same.  Of course, sometimes it isn't cloaked at all, and the person concerned may come across as an utterly odious and obnoxious character - and often is.

That arrogance rears its ugly head when someone - even a long-term friend or acquaintance - happens to voice an opinion different to that of the blogger.  I recently read one blogger say that he wasn't sure he considered someone a friend anymore, because he'd received an email from him concerning some controversial matter that didn't agree with his own view of the situation. He might not have articulated his altered attitude in precisely that way, but that was the essence of his reasoning, sure enough.


Another blogger, a one-time minor player (though status is relative, I suppose) in the lower echelons of comicbook history, has no hesitation in calling anyone a bigot who doesn't see things his way on (but not retricted to) the topic of homosexuality.  If you have reservations about same sex marriage or gay adoption, based on religious, cultural or historical traditions - even if you believe in tolerating dissenting opinions to your own and aren't calling for anyone to be spat on, abused, jailed, beaten or strung up - then, according to this belligerent individual - you're an intolerant bigot who he doubtless wouldn't cross the road to pee on if you were on fire.  (Perhaps it's simply a facade, but it's certainly a convincing one.)

This led me to ponder my own views on friendship.  Do I associate only with those whose opinions on various topics are in accord with my own?  Do I resent dissent and shun anyone who might hold completely opposite philosophies to the ones I embrace?  Well, no, actually.  I have friends who live totally different lifestyles to my own and align themselves with beliefs and practices that I don't happen to share, but as long as they aren't obnoxious in expressing why they believe (or do) as they do then there isn't a problem.  This doesn't mean that we never discuss controversial subjects, but we always do so with a respect for the other's point of view.  (Or, at the very least, the other's right to hold - and express - that point of view.)


So why do some comicbook contributors behave as they do, with such an arrogant, pompous and even superior attitude towards those they seemingly look down their noses at?  (Some, of course, don't necessarily express their views in an openly disdainful or hostile manner, but it's pretty obvious that it lies at the heart of their thinking, whether they're aware of it or not.  I think I understand*, so let me digress for a moment in order to explain.

When I was a freelance contributor to 2000 A.D., believe it or not, I was frequently asked for my autograph.  Not because I was deserving of such a compliment in my own right, but because of my (admittedly) minor association with Britain's cult comic and its iconic characters.  I was bathing in reflected glory, in other words, not my own.  Had I been the office tea boy, the fans would probably still have sought my signature on scraps of paper, so ardent were they in their desire to 'connect' with the object of their adoration.  (The comic, not me.)  Fortunately, I was smart enough to realise it and never let the attention go to my head.


However, some individuals who experience repeated instances of people lapping up every uttered syllable as if it's the wisdom of the ancients, and whose fans eagerly seek to ingratiate themselves with them because of their connection to a particular comicbook character or company, eventually start to believe that they're important and that their opinion (on any subject whatsoever) counts for something.  It's not long before they come to regard such adulation as their due and, because of the understandable reluctance of some fans to fall out of favour with their idols, they soon get used to never being challenged on their various 'divine pronouncements'.


So, when the day comes (as it inevitably must) that someone dares disagree with them, their noses are put seriously out of joint.  It's the "Don't you know whom I am?" scenario, writ large.  (And I know just what you're thinking - "So why are you such a pompous buffoon, you Scottish git?" Well, do what you're good at, I always say.)

Seriously though, many of the people these contributors cast off wouldn't disown them for holding an opposing point of view, so just who then are the real intolerant ones, the bigots, as these self-styled 'models of tolerance, fairness and goodwill' are quick to call anyone who fails to see eye-to-eye with them on their 'pet' issues?

That's the problem with only choosing your friends and acquaintances from those who share your likes, dislikes, tastes or opinions.  You're not choosing them for themselves, but rather for the reflection of yourself that you see in them.  That makes you your own favourite person - which may be hardly surprising, but doesn't necessarily make you a particularly good judge of character.


(*Of course, the people to whom I refer may always have been as they are, but there seems to be a pattern behind their attitudes which I thought would be interesting to explore.  Feel free to disagree - I won't fall out with you or ban you from the blog - unlike some.)
Posted by Kid at Sunday, July 21, 2013