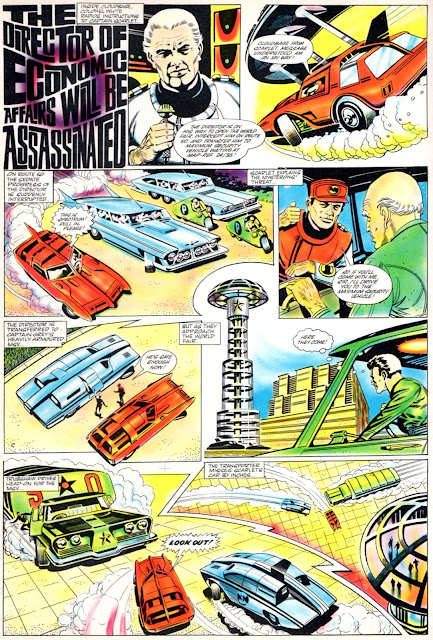 One could easily be forgiven for thinking that progress and
improvement go hand-in-hand, and that items produced nowadays
would be superior to their 1960s counterparts.  Not so however!  Back
in the mid-1990s, when CORGI re-issued what they claimed was their
original JAMES BOND ASTON MARTIN DB5 (but wasn't), it was
vastly inferior in every way to the actual original version.  As well as
numerous other faults, the spoked wheels of the re-issued car were no-
where near as detailed or as well-made as those of its predecessor.
So much for modern methods of manufacturing! 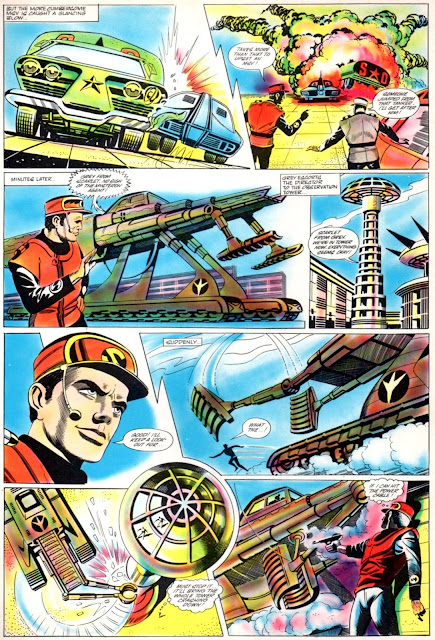 It's the same with comics and annuals, sadly. Take a look at
the above pages by RON TURNER from the CAPTAIN SCARLET
Annual for 1968, then compare them with the ones from the annual for
1995 (issued in the wake of a BBC repeat of the series in the early '90s).
Absolutely everything about the latter pages is an immense disappoint-
ment in comparison to their '60s counterparts.  26 years after the first
CS Annual was released and, instead of an improvement in quality,
the reverse is true and standards have deteriorated. 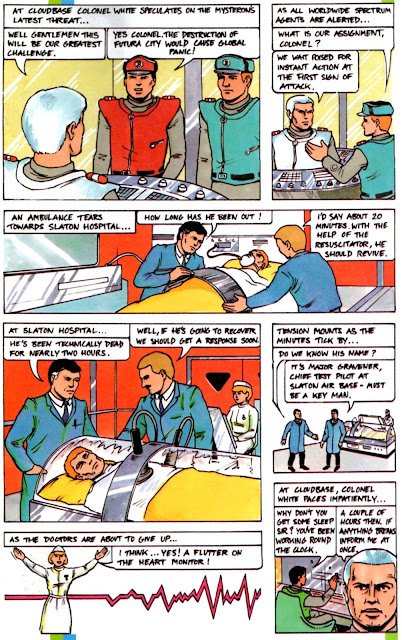 I can't help but see an equivalence with The DANDY. When it
was relaunched in 2010, some deluded souls defended the inferior
artwork of some of the strips by claiming it was every bit as good as in
the comic's former glory days.  The only difference, they asserted, was
that the new strips were drawn in a more up-to-date, anarchic style
that readers found popular.  (Perhaps some did, but the majority
dropped the comic like a hot brick, hence its eventual demise.) 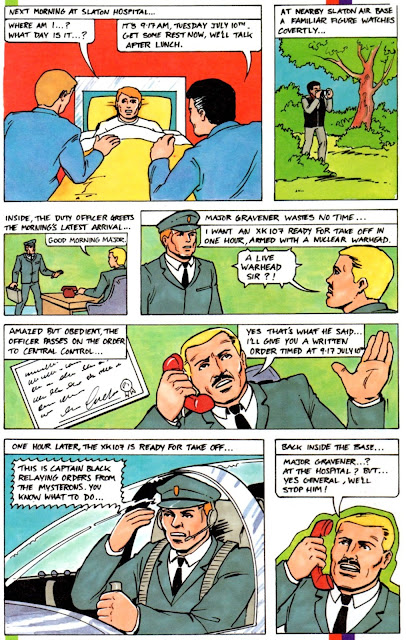 So, take a look at these pages again, and remember:  'Newer'
doesn't necessarily mean 'better'.  I just wish that publishers would
remember that - then we might still have a comics industry in this
country of which we could be proud.
Posted by Kid at Saturday, July 06, 2013