THOR THE MIGHTY IN A JOURNEY INTO MYSTERY COVER GALLERY - PART ONE...

We all know about the controversy over who did what in the MARVEL superhero comicbook stakes, I'm sure.  Was it STAN or was it JACK?  Kirby's kamp klaims the King kreated everything (see what I did there?) and Stan just came along for the ride.  However, in the kase (help, I kan't stop) of THOR The MIGHTY, there's good evidence to suggest that this simply wasn't so.

For example, it's likely that had Jack created Thor, he'd have drawn the first ish and mailed it to Stan to simply dialogue (which is not to suggest that dialoguing is really that 'simple').  However, that's not what happened by all accounts.  Here's what did. Jack worked from a full script by Stan's younger brother, LARRY LIEBER.  Stan came up with the plot, then handed the job over to Larry to write - which he did magnificently.

'Twas Larry who invented the metal URU to explain what Thor's hammer was made of; 'twas also Larry who created the name of Thor's mortal alter-ego - DOCTOR DONALD BLAKE; and 'twas Larry who delivered a true comicbook classic.  Just read the opening captions as Blake fails to see the descending spaceship of The STONE MEN From SATURN!

But ours is a drama decreed by the fates to be acted out!  Nothing can stop it! Nothing can change it!  Watch and see..."

In my estimation, that's darn good writing for a 'long underwear character' aimed at kids back in the 1960s.  Remember, at the same time over at DC COMICS, a typical caption was "One day, in Metropolis..."  The point is this: No one seems to dispute Larry's account that he wrote a full script which Jack then drew, which appears to rule out Kirby as the 'prime initiator' in the creation of the hammer-swinging thunder god.

Anyway, I've teased you long enough - it's now time to open the floodgates of visual enjoyment and unleash upon you the first part of the cover gallery of The Mighty Thor!  (H'mm, that sounds strangely familiar for some reason.)

I've just realized I posted these same covers before - but what the heck!  They're worth another outing. 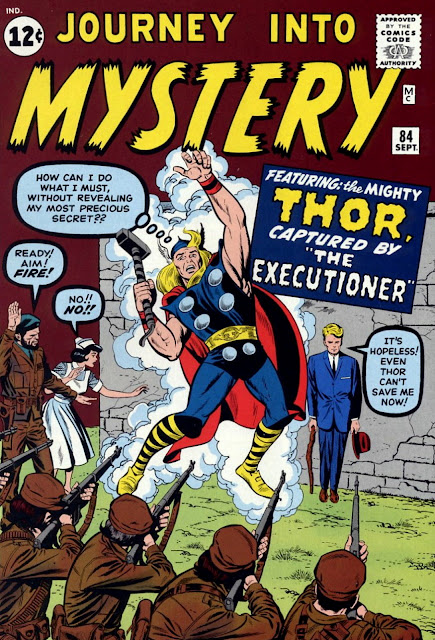 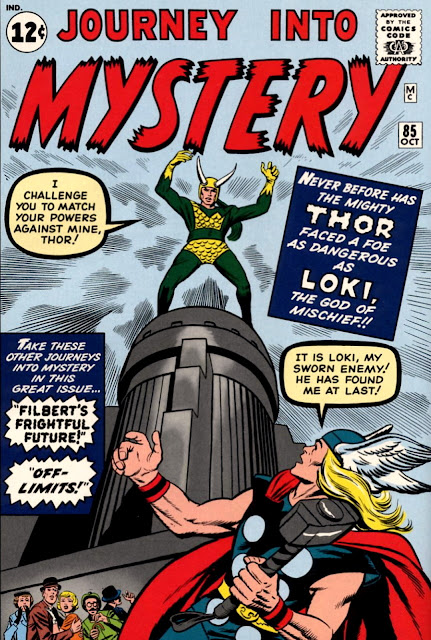 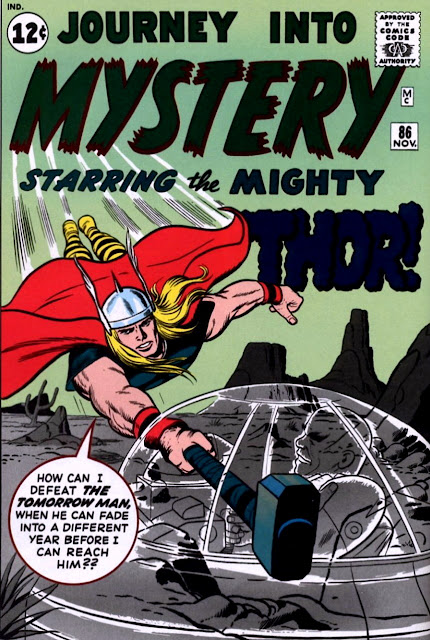 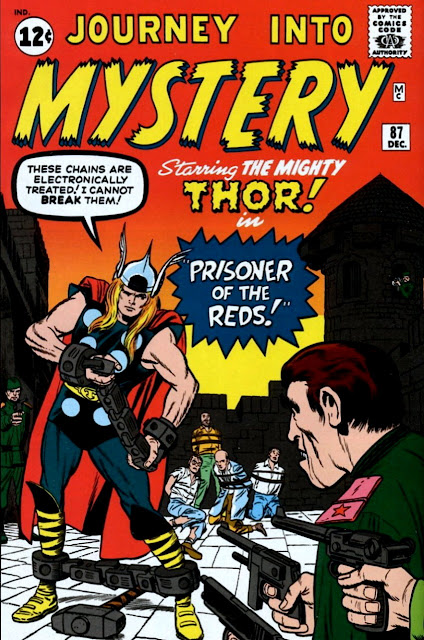 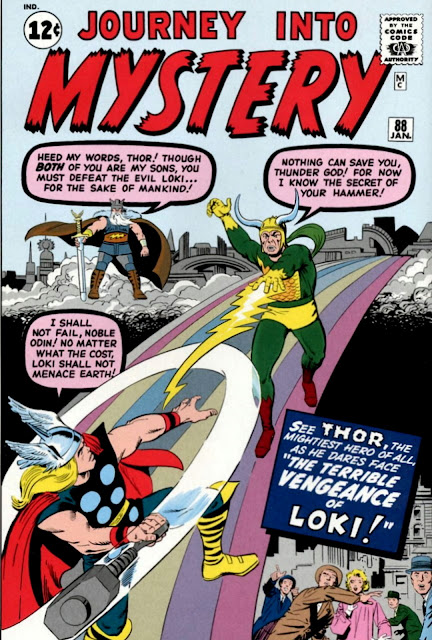 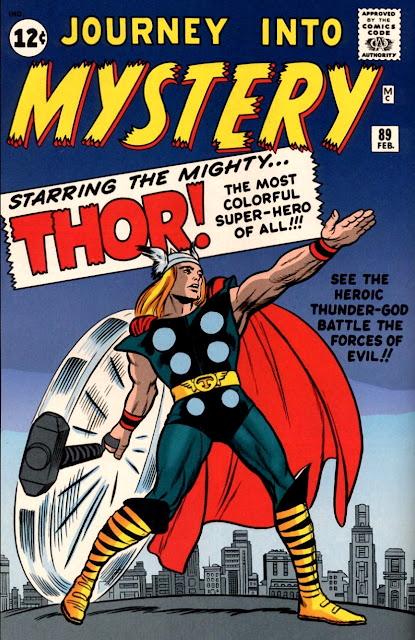 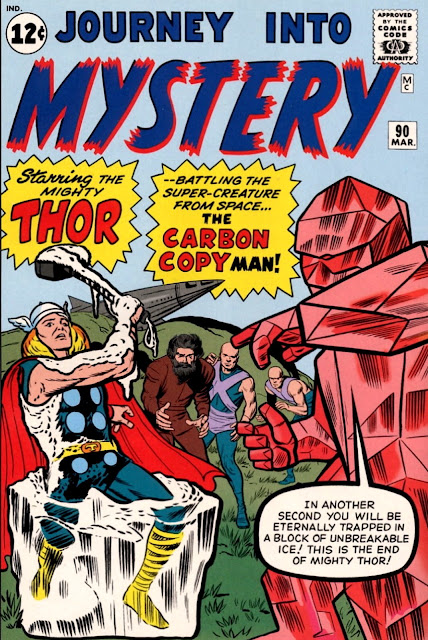 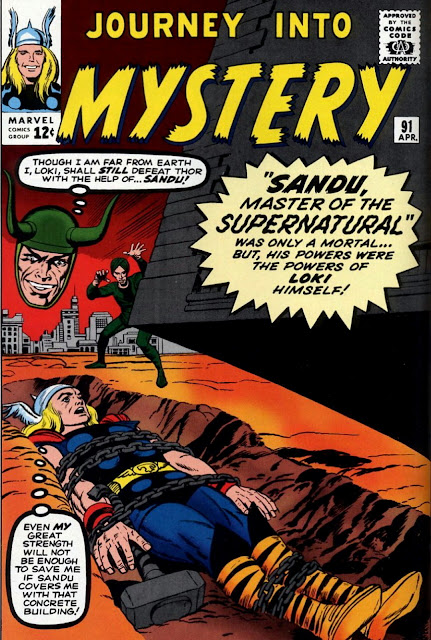 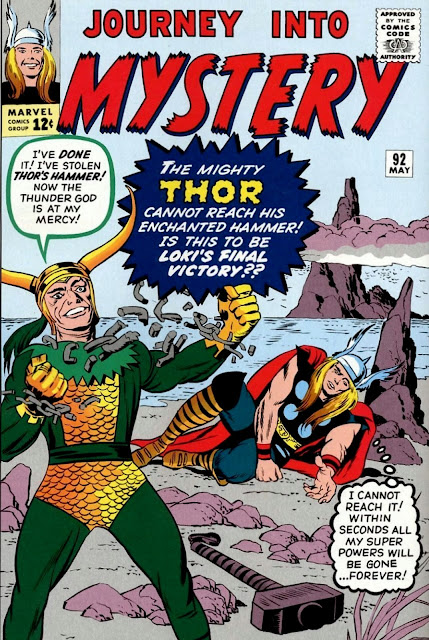