A few posts back, I featured a couple of RON TURNER pages from the CAPTAIN SCARLET Annual for 1968, and it occurred to me that you might like to see the complete adventure.  So, that'll be appearing soon in an upcoming entry, followed by another titanic Ron Turner tale from the subsequent Annual for '69.  First, though, I thought you'd appreciate seeing the front and back covers for both books - so here they are in all their captivating glory.  (Sorry, don't know who the artist is - but isn't he good?!) 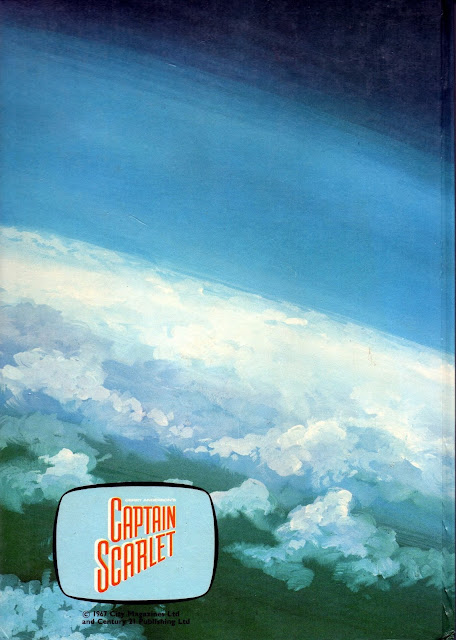 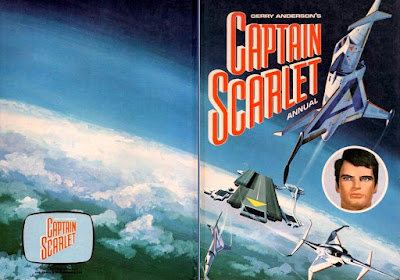 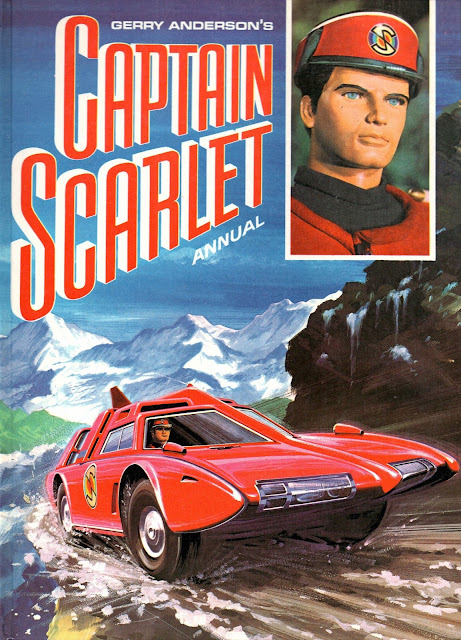 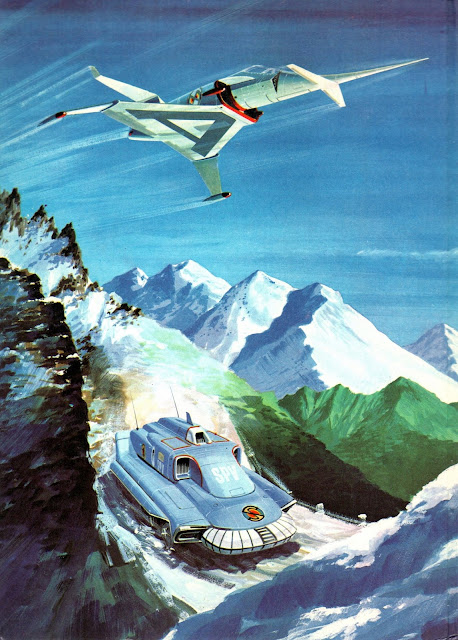 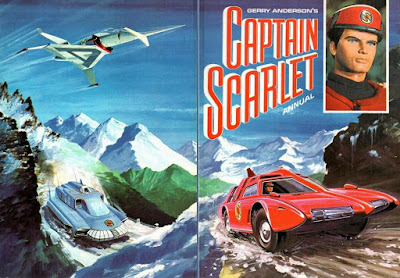 There was also at least one combined Captain Scarlet and THUNDERBIRDS Annual, but as it was neither one thing or the other, I've not included it here.  What I have included though, are the two CS Annuals for 1994 and '95.  The front and back covers were the same, so I've only shown one side of each book. 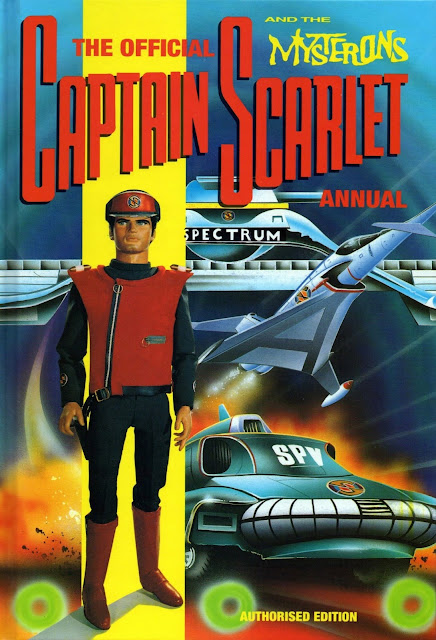 Strange to think that over a quarter of a century after his debut in hardcover form, SPECTRUM's best agent was once more enough of an attraction to warrant a further two Annuals - even if the '94 one did reprint three comic strip adventures and at least one text story from the '68 edition.  It's still nice to have though. 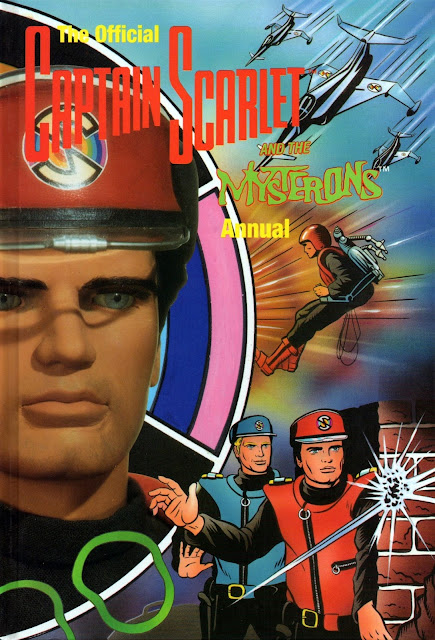 And remember, Crivs - SPECTRUM agent Captain Scarlet is indestructible - you are not, so do not try to emulate him!
Posted by Kid at Monday, July 15, 2013