On Saturday afternoon, I took a slow stroll down to the Old Village quarter of my town.  On arrival, it started to rain quite heavily, so I sought refuge under the overhanging boughs of a tree which sheltered a wooden bench.  Just across the road from where I sat was the former house of a long-dead aunt and uncle whom my mother occasionally used to visit, with me in tow, whenever we were in the vicinity.  I associate a couple of FANTASTIC FOUR stories with that house and area, because I'd usually just bought an issue of WHAM! (which reprinted FF tales back in the 1960s) when we descended on their split-level home.  (There's also a Mighty THOR story - "The MYSTERIOUS Mr. HYDE!" - from FANTASTIC, another ODHAMS PRESS comic, that also conjures up images of their small, old-fashioned, 1950s style living-room.) 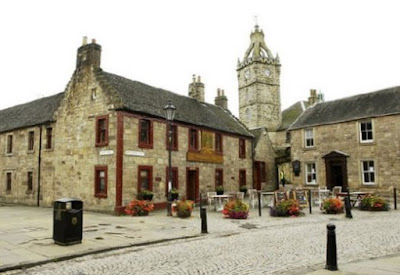 The FF stories were "KURRGO, MASTER Of PLANET X!" and "The END Of The FANTASTIC FOUR!", although they weren't complete tales, just segments of them, as each one was broken up over at least two issues.  When The MIGHTY WORLD Of MARVEL reprinted these same stories about five or six years later, myself and one of my pals were frequenting the area, as it was there that a centuries old pub was (and still is) located.  We were in the weekly (at least) habit of clambering over its slated rooftop in search of adventure (me with my rolled up copy of MWOM stuffed into my inside jacket pocket to protect it as much as possible), and we passed my aunt and uncle's house on our way. 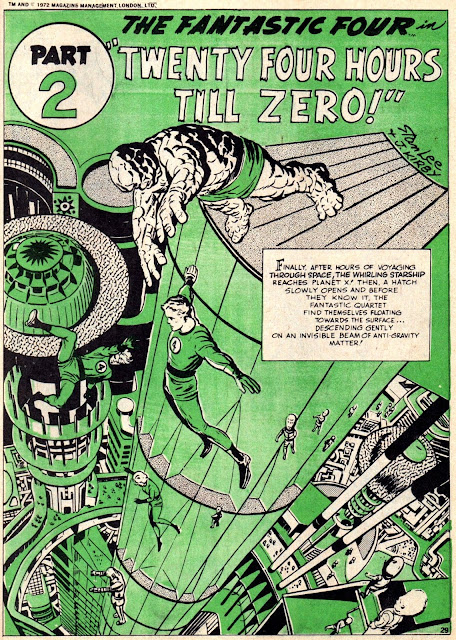 So, not only do I have two sets of recollections for each of those FF tales, but they're both associated with the same specific locale, due to the coincidence of my being in the same area on each occasion.  True, had I been somewhere else the second time around, I'd still have remembered my initial reading of those stories, but the memories were all the more vivid for being conjured up in the same place as on previous instances.  Today, whichever of the two printings of either tale I peruse, I immediately think back to the Old Village section of my town as it was then. 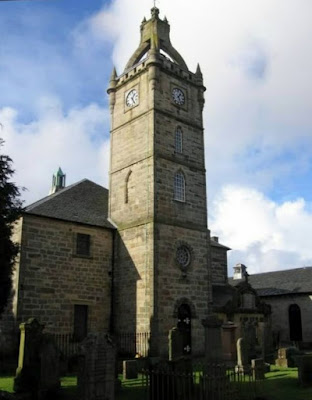 However, my memories and associations of 'the Village' aren't restricted to the Fantastic Four.  As I sat on the bench shielded from the rain, I was but a short space away from where some other benches used to be, on which, at various times, I'd sit and look through other comic mags I'd bought from a nearby newsagent's (now a GREGG'S), on hot, sunny, summer days of so very long ago.  LOIS LANE and MISTER MIRACLE are just two of the titles I also associate with the area, and I'm sure if I dug around in the recesses of my mind, a few others would soon resurface. It's best not to search for them though;  rather, let them rise unprompted when one is casually browsing through a stack of old comics from the dim and distant days of the early '70s. 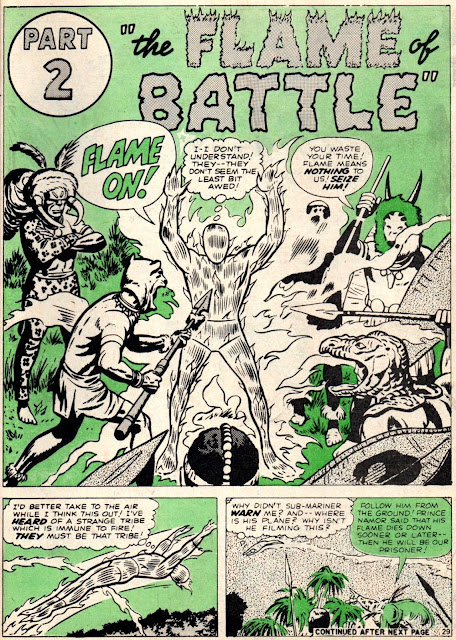 No great insight into anything this time around, sorry to say (when is there ever, you may ask), merely a self-indulgent wallow in 'personal nostalgia' in yet another typical 'Rambling Robson Reminiscence'.  Hopefully you got something out of it though.  If not, don't worry - there's always next time.
Posted by Kid at Sunday, July 26, 2015

I was reading "KURRGO, MASTER Of PLANET X!" just the other day.
I felt the time was right for me to go through my ESSENTIAL collections.

A great little tale. In the original issue, Reed says "There was no reducing gas" instead of "enlarging gas", 'though it was corrected for subsequent printings. The mistake was restored for the most recent Masterworks and Omnibus volumes.

Funny you should do a post like this just now Kid, I was reading a comic on the weekend, or the Masterworks version of it (the original being safely bagged and boarded for posterity) that provokes the strongest recollection of its purchase of any comic that I have. The title; Silver Surfer No 5 (where he battles the Stranger), the place it was aquired; Bill's Book Bar, a second hand book, mag and comics shop in a small arcade back in my home town. A place I have now been away from for coming up towards twice as many years as I was there! (scary) The comics were on the kid-friendly lower shelves of a wall of paperbacks and mags and from that vantage point they all seemed to tower above us. Or maybe it was because we were just kids at the time. I must have looked at every page of that issue more times than I can recall, with John Buscema being near the top of his game and ably inked by his brother Sal. Still one of my favorite issues of anything. Don't know if that shop is still there after all this time but I never seem to get around to checking it out on my annual return to the town. Maybe best left to the way I picture it in my mind and not see it as it is now I think.

It would be nice to think it's still there, PC, just as you last saw it. However, if you never find out it isn't, then it still is - and always will be - so, as you suggest, it's probably best not to find out. My 18 issues of the Silver Surfer are still up in my loft, I think. I'd better get them down soon before they get damaged by the less than perfect storage conditions up there.