POST FROM THE PAST: THE SAINT ANNUAL COVER GALLERY...

I freely admit to cheating a bit with this one.  Although I have four of the six books featured here, I couldn't be bothered digging them out to scan, so I've used screen-grabs of PAUL PERT's collection from my DVD boxed set of The SAINT.  Also, not all of these books are actually called 'Annuals', but that umbrella title will have to do for any pedants among you (of which I'm one).  The first book, above, was only available in the Netherlands (I think) and was issued the same year (1967) as the British Annual below.  Considering that the ITC series starring ROGER MOORE first appeared on TV in 1962, publishers were a bit slow off the mark in cashing in on the character's popularity by way of books aimed at kids. 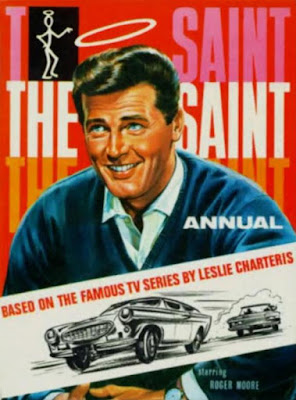 The Annual below was issued in 1968 (for '69) and is all text stories, with no picture strips.  Some nice illustrations and features though. 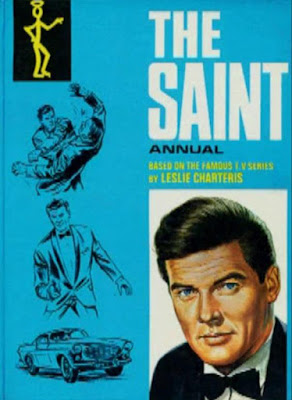 Next up, below, is the Annual for, believe it or not, 1970, issued towards the end of '69.  This book is mainly text stories, but does include a couple of picture strips. 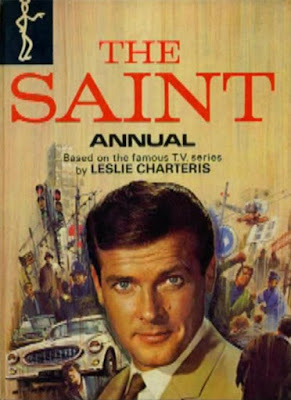 The next book, below, is a bit of a cheat, because it's essentially a slimmer volume of the above book, in that all its contents are reprinted from it - though it doesn't contain all its predecessor's contents, as some have been omitted. Issued in 1971, the one thing it does have going for it is that the two picture strips are now in colour, and if you'd missed the Annual two years before, you wouldn't be aware that it was a reprint book (obviously). 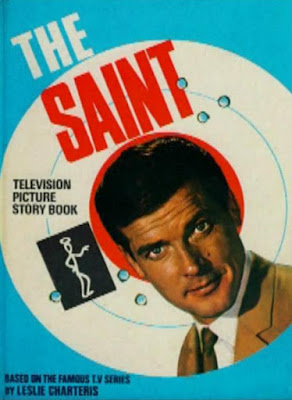 The book below isn't really a Saint book, though he is mentioned inside.  Issued in 1966, it's a collection of true-life tales, with an introduction by Roger.  I assume the contributions attributed to him were actually written by Rog, because he's listed as one of the copyright holders. 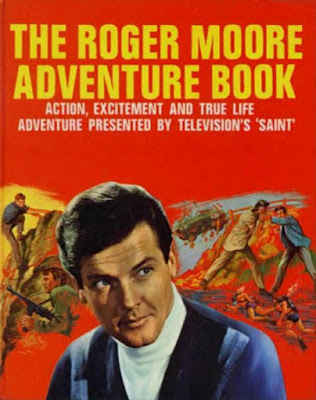 Anyway, that's your whistle-stop tour through the Annuals and books dedicated to Roger Moore's Saint.  Did you have any of these books at the time readers, and what did you think of them?  Share your memories with the rest of us today.
Posted by Kid at Tuesday, July 27, 2021

Had a few of these Kid.They tended to turn up when I bought comic collections and annuals such as Land of the Giants,Monkees, Thunderbirds,Dangerman etc were incorperated in the deal.My personal preference was for annuals with comic strips as opposed to text and of course there was the fantastic smell from annuals.Just a whiff transports me back to a different era!We would possibly be classed as the original 'glue sniffers'from the 60's!Great post mate.

Yeah, I always preferred Annuals where the comic strip content outnumbered the text stories, Triple F. As for inadvertent glue-sniffing, Britfix 77 was THE glue back in my day. Glad you enjoyed the post.