MAY THE FORCE BE WITH YOU... 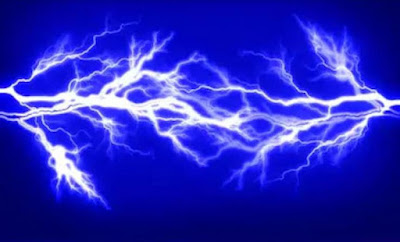 Here's an interesting thought that occurred to me while re-reading the post about my calculator.  I posited a similar scenario a while back, but this one's slightly dif-ferent, though worthy of contemplation.  Ready?  What if scientists could transfer someone's life-force into someone else?  For example, someone has just died, but their body is kept alive on life-support, and someone else is physically injured to such an extent that their days are numbered.  Got that?

So here's the scenario.  Let's say it's the love of your life who's just died, but their body is kept functioning, though it can only be for a short while.  Another person has been terribly injured and is about to die, but the 'energy' within them is strong.  If it were suggested to you that the second person's life-force could be transferred into the body of your beloved (by some kind of advanced, life-essence transferral technology), would you be up for it?

They'd have the same personality and everything, it'd just be like they'd been given a new power-pack.  Would it bother you that another 'source of energy' now inhabited them and kept them going, or is it a price you'd be willing to pay for your loved one's continuance?  Or wouldn't you countenance such a proposition even for a second?

And if certain personality aspects of the deceased person occasionally seemed to manifest themselves, would you regard it as coincidence, or fear that the life-force's original owner was trying to reassert themselves?

If you can get your head around the concept (emotionally-speaking), feel free to share your thoughts on the matter.
Posted by Kid at Friday, January 31, 2020

How would you know what Personality traits would be transferred?..what if the Energy Donor was secretly a Serial Killer?..it could be like a Black Mirror episode.
Something would go wrong, it all sounds a bit too 'Frankenstein' once the person you loved is gone, that's it, I think messing about with that is a bad idea!..Re-animator type stuff, and that didn't end well!

Well, in theory, no personality traits would be transferred, because it would only be the 'life-force' being utilised, not personality. However, my first draft of this post examined in much more detail the potential repercussions of a 'personality' transplant, but it became far too convoluted so I trimmed it back to the bare minimum. Note that when I mentioned certain personality aspects of the deceased', I said 'SEEMED to manifest themselves', because it night not actually be so, just the perception or fear of the observer.

If somebody was terribly injured and about to die why would their energy (whatever that means) still be strong?

Well, you're overlooking the hypothetical nature of the situation, CJ, but I think it's probably possible for someone to be so physically injured or incapable that their body is fast approaching the state of not being able to sustain their 'life-force', which, if (before it dissipates) it could be transferred into another body, would 'restore' that body to life. And I'd suggest that there's a difference between a physical 'part' like a heart, and something more 'nebulous' like a 'life-force'.

If you believe in the theory that energy can't be destroyed, the difference between a live body and a dead one, that animating energy, must go somewhere, if only into the ether. So in theory, if one could stop it dissipating, it could be used for something else. But I believe the personality survives, so I wouldn't want someone else wearing my loved one (This is the sad same moral quandary as in that Eccleston Who story, The Unquiet Dead).

First law of thermodynamics if I remember correctly - energy can neither be created nor destroyed. As I said above, my first draft touched on a person's personality being transferred with their energy, but it became far too complicated once I started exploring all the possible ramifications, so I cut it right back to the mere suggestion of the seeming possibility. I thought it was simpler in the long run to make a distinction between someone's energy and personality, without completely ruling out the possibility of the former perhaps retaining a faint echo of the latter. My head hurts.

It's been proven that in some cases following transplants that the recipient has had some of the donors "interests" like a craving for certain foods etc, maybe not personality traits but not a million miles away (ok it is really)

That's interesting. Any links you can point to, McS? I'd like to read more on it.

Looked it up myself, McS. Apparently it's called cellular memory. If true, it's just as well it seems mainly to affect only people's culinary preferences and not their sexual ones. Brrr! Doesn't bear thinking about.