PART FIFTY-FOUR OF FAVOURITE COMICS OF THE PAST - FANTASTIC FOUR #57-60...

In the interests of historical accuracy, it behooves me to say that I'm unsure whether or not I actually owned the above issue of The FANTASTIC FOUR (#57) back in the 1960s, but I definitely had the next three.  I purchased #59 for the piccie of SUSAN STORM (I refuse to recognise her marriage to REED RICHARDS), but I was soon caught up in the drama within. 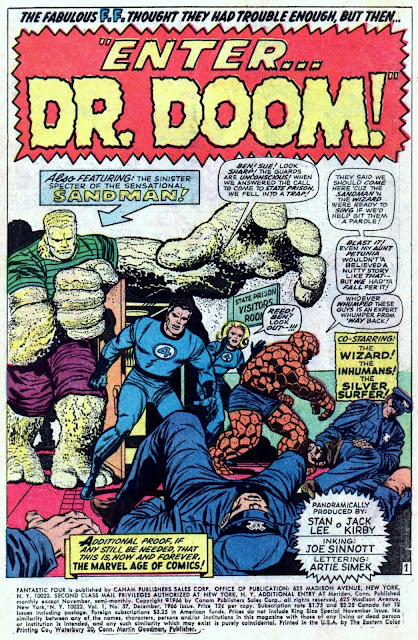 FF #58 was my entry point into this adventure, and it was the first time I'd seen JACK KIRBY's 'evolved' style of art compared to his earlier version of the foursome, when his figures were leaner and taller-looking.  The colouring gave the pages a mood and atmosphere that the black and white reprints I was used to lacked, and I recall the impression the issue made on me.  (My mother was ironing as I perused Jack's power-packed pages.) 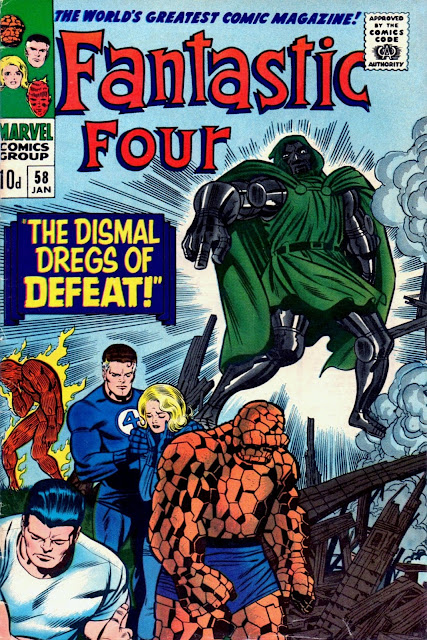 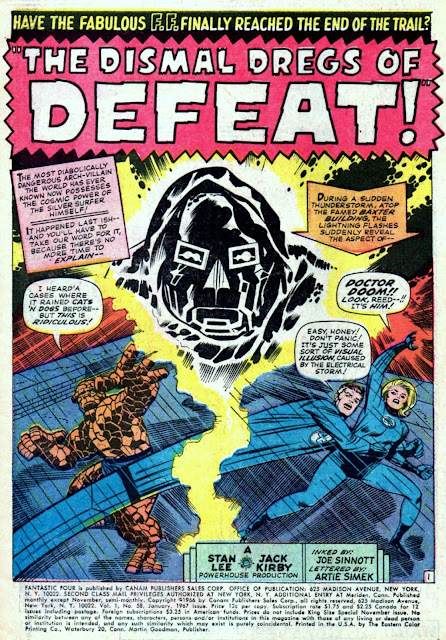 As I said, it was the picture of Susie that was the clincher in making up my mind to buy the issue below, but I was glad I did.  I think this was the first time I'd seen BLACK BOLT and The INHUMANS, but I was far more interested in the main plot involving the FF and The SILVER SURFER.  In fact, now that I think of it, it was likely the first time I'd ever seen the Surfer, although I know I had the earlier issue of FF #55, but I bought that out of sequence after reading these issues. 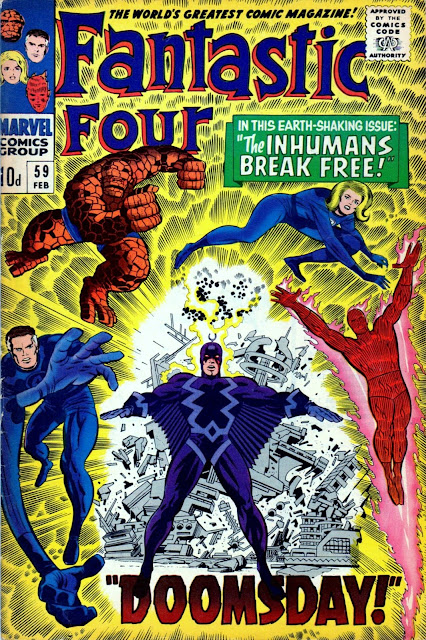 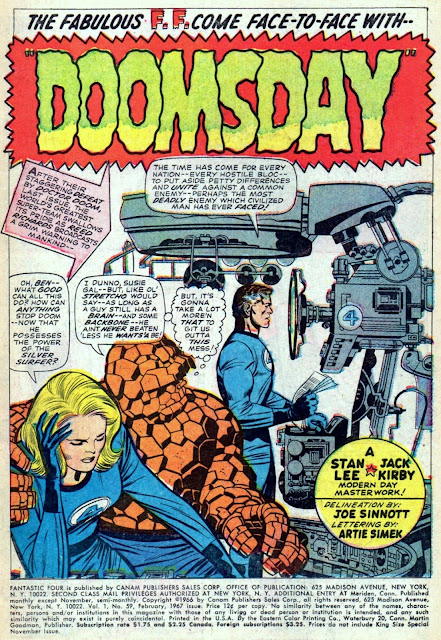 The next one is 'odd-man-out', because I found a damp coverless copy of it at the side of a bus-shelter while waiting on a bus (no surprise there) to go shopping with my mother one day.  I no longer recall exactly how long it was after reading the previous two issues, but it was satisfying to find out just how the story had concluded, and the fate of the Surfer. 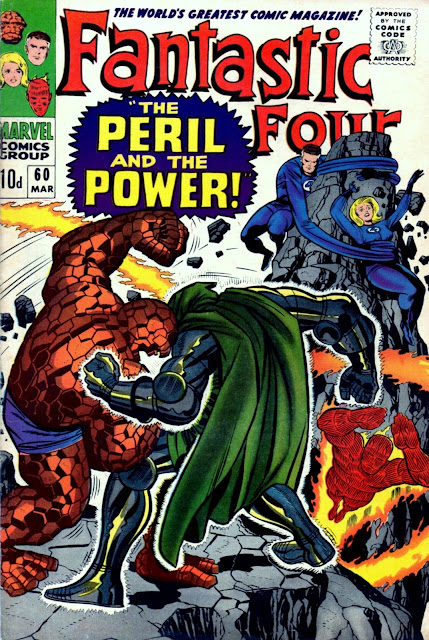 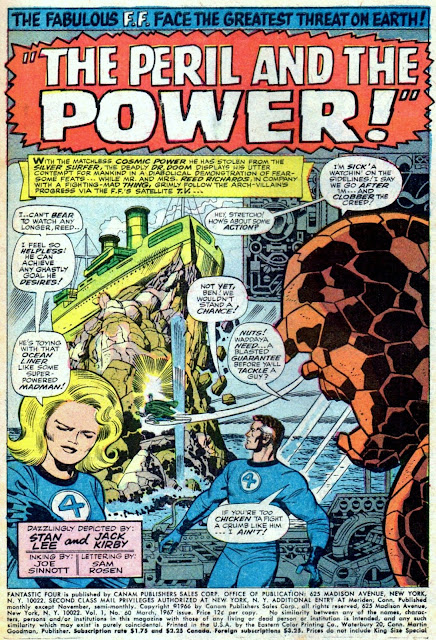 Anyway, years later (and many years ago), I purchased all four issues to add to my collection, and, as I've said before about loads of other comics, one glance returns me to an earlier point in time with such clarity that I feel as if I'm back there and a mere lad again.  It's an illusion of course, but sometimes illusions are the only things we have - and often the best.

I had #60, with "The Peril and the Power," and I think I had a previous issue, probably #58, that was part of the same arc. That is, the serial in which Doctor Doom had the Silver Surfer's surfboard. As I recall, Reed tricked Doom into flying into outer space, where he got zapped by Galactus' force field.

That's the very one, TC. One of the best examples of how to do a continued story.