FAVOURITE COMICS OF THE PAST PART FIFTY-FIVE - 'THE GHOSTS OF GREYMOOR CASTLE!'...

It was in 1981 that I bought this comic in Southsea or Portsmouth.  The story connected to a tale I'd first read in CAPTAIN AMERICA King-Size Special #1 in 1972 or '73, and though only 8 or 9 years had passed since then, it seemed far longer for some strange, inexplicable reason.  (Ah, the mysteries of time, eh?)  What's amazing though, is that the same pal was with me when I bought the second comic as when I'd bought the first one.

I was much taken by the moody, atmospheric art of GENE COLAN, and the fact that the story was a follow-up of sorts to one I'd read as a teenager resonated with my even-then overdeveloped sense of nostalgia.  The flashback sequence to that earlier tale took me straight back to The NORFOLK Restaurant, wherein I'd first perused the Cap Special mentioned in the previous paragraph.

Now I look at this issue and think of Southsea and Portsmouth, though the earlier association with the 1970s still resides within its four-colour pages.  Perhaps you have your own memories of this mag, which you're welcome to share with us in the comments section.  C'mon, let's have a nostalgia-fest while we're all in the mood.  There are certainly worse ways of spending your time. 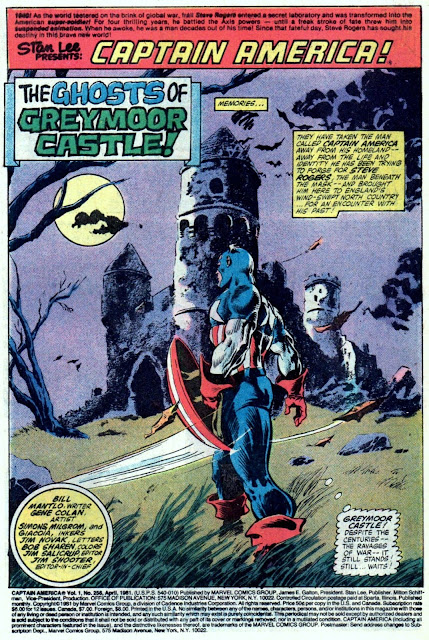 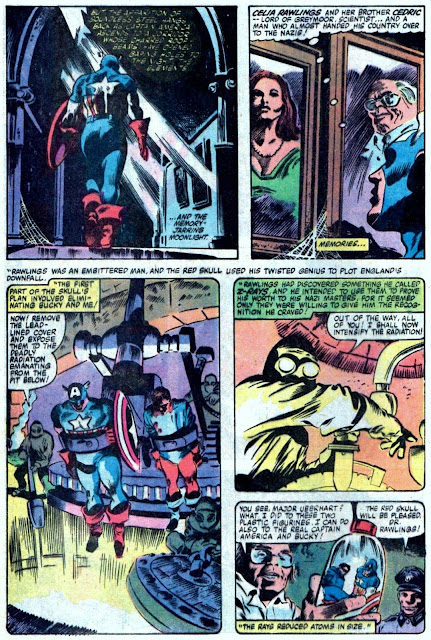 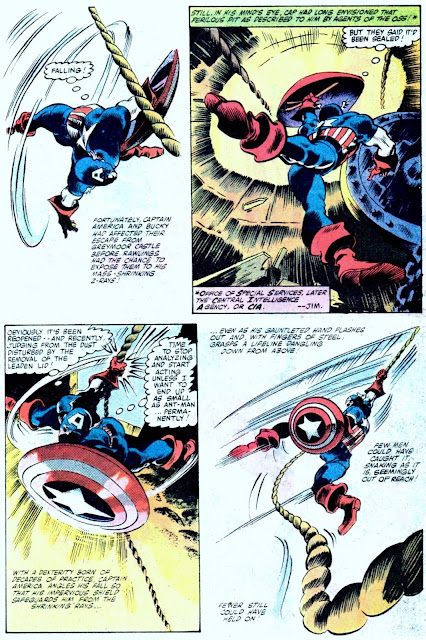 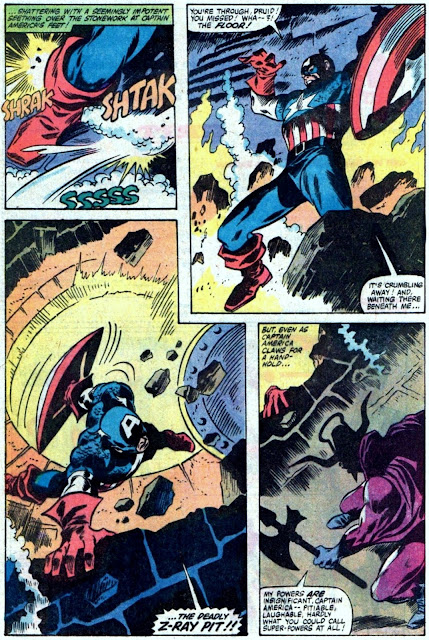 I don't recall this issue at all but then again I had cut back quite a bit on my Marvel and DC purchases by 1981 - but this looks like vintage Marvel and a wee cracker of a comic (not a great cover imho for the art inside by the amazing Gene Colan) - Saying that there are several issues of Capt America from 171- 75 ish that "take me right back" to a certain time adn place - "Capt America and the Falcon" was at one time, my favourite title back in the day.

Although it was actually a very good story, I remember getting it in the mail excitedly and being extremely disappointed that this was not a Stern/Byrne production. This was the next issue after their run on Cap ended. Still, I did enjoy it because I had recently read a reprint of the earlier story in a paperback collection of Cap's early Tales of Suspense stories, so it tied in nicely.

I was never really a big fan of Captain America, PM, but I bought a few issues from time-to-time, plus all the Kirby issues when he returned to the title in the mid-'70s. You're right, this one is a wee cracker.

I only have one single issue of the Stern Byrne run (#255, the very ish you speak of, G, which I also got in Southsea or Portsmouth in 1981), but I've got a collected edition of their stories from the '90s. I think they only did 9, so they were disappointed not to match Simon & Kirby's 10 issue run from the '40s.

Great comic, preceded by the brilliiant bryne, sterne run which i think is my favourite cap run. Disappointing they didn't last longer but colan's terrific moody work on this issue is a nice compensation.

One day I'll have to track down the next issue and see what happens. Hopefully, Colan drew that one too.