The SAINT ran on TV from 1962 to '69 and was a great success, particularly in the United States, where it was hugely popular.  (Early episodes based SIMON TEMPLAR in America, aiding its acceptance in the country.)  ROGER MOORE became the first British 'TV' millionaire due to the show being a worldwide hit.  There were three tie-in Annuals to Moore's incarnation of the show (for 1968, '69 & '70) and a TV Picture Story Book for 1971.  Also, there were two Annuals issued for IAN OGILVY's revival of the character in RETURN Of The SAINT for the years 1979 & '80.

I only have the above Annual for 1970 (issued in '69), and as you can see from the accompanying pictures, it was a mix of text stories and comic strips, although the former outnumbered the latter.  Still, it's a nice little reminder of the time when The Saint was a feature of British TV for most of the '60s.  Roger would go on to star in a new ITC show, The PERSUADERS (along with TONY CURTIS), and then play another iconic figure (from the world of cinema) called - h'mm, what was his name again? 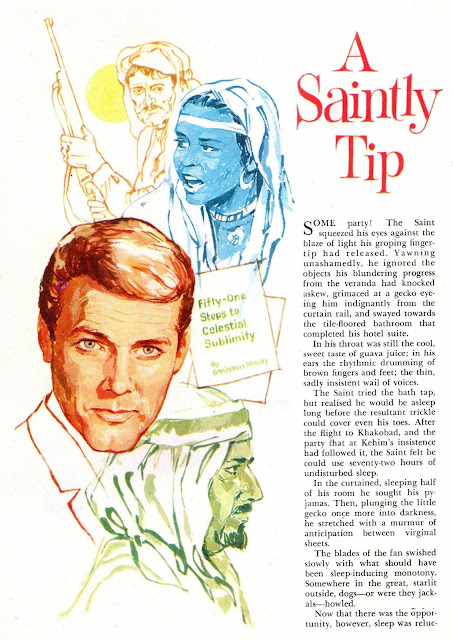 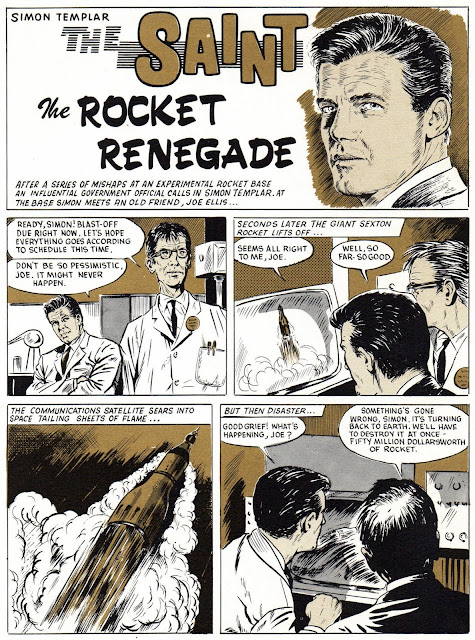 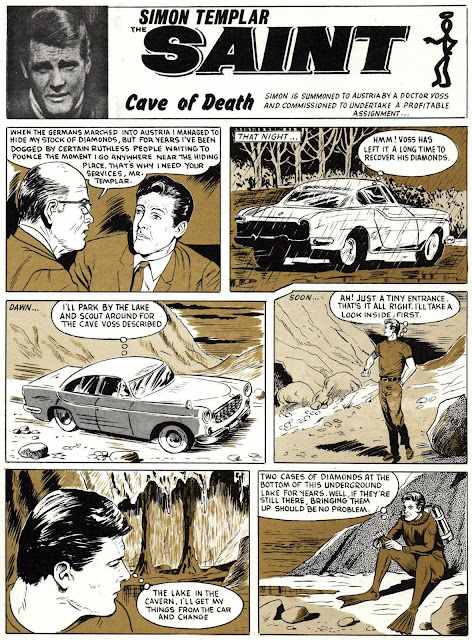 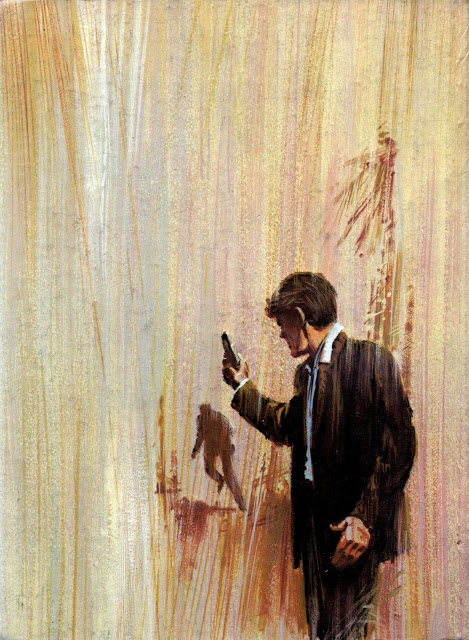 The Saint was still very popular in the US in the late 1960's, even after he was based in London instead of New York. As I recall, he often traveled to different countries, anyway, although the series was probably filmed on studio sets rather than the actual locations (Paris, Venice, Jamaica, etc.) American women were watching it for Roger Moore, and would not have cared if it were based in Siberia.

My late mother and aunt were fans of both Moore and Patrick McGoohan, and were annoyed because The Saint and The Prisoner were on opposite each other, that is, on different channels at the same time, in 1968. And we didn't have VCR's or DVR's back then, so you had to choose one or the other.

AFAIR, the later Saints (Ian Ogilvy, Simon Dutton, and Val Kilmer) never made much of an impression. Not in the US, anyway. The "B" movies with George Sanders and Hugh Sinclair in the WWII era were, I would assume, at least moderately successful, since they continued making them for a couple of years.

The Persuaders was also well liked by the same American women who had been fans of The Saint, and for much the same reason.

Some of the early episodes had location filming abroad, TC (Rome for example), but most later ones used stock footage and were studio-bound. I don't think it was only women who watched the show, so big Rog's popularity with the ladies wouldn't account for its overall popularity I wouldn't think, 'though it no doubt helped a bit. The early episodes being set in America made it easier to sell the series to American TV, which is why ITC set it in the States, and U.S. audiences would relate more to a programme supposedly set in their own country. That's why Gerry Anderson's shows up to Captain Scarlet always had 'American' lead characters - the producers had an eye on the lucrative overseas market, especially America.

Roger Moore tells a probably apocryphal story about him, Sean Connery, and Patrick McGoohan being at some event and being approached by an interviewer. "Do Simon Templar, James Bond and John Drake often hit the town together?" he asked. "Occasionally," came the reply from one of them. "And what about Pussy Galore?" asked the interviewer. "Well, we don't go looking for it," replied big Rog. True or not? You decide.

Looks like the start of an interesting series, Kid! These would have been my kind of TV annuals.
My dear Uncle Bill gave me a pre-TV Saint paperback, titled "Boodle". I read it as a kid and it was OK, but can't remember the story now. I'll still have it tucked away somewhere.

Good news for you, JP. I have a loan of a friend's 3 Dalek Books from the '60s and I'm going to scan them all in their entirety. (Boodle I don't think I've heard of.)

Miles behind here, Kidda, bear with me, I've a few comments to make. I have been busy rebuilding what was taken from me. I should be up & running next week and everyone will be welcome on my forum! Will let you know. I am linking in loads of your posts already and that sounds like there's a few more to come there! Be back in touch...

Will look forward to it, JP.