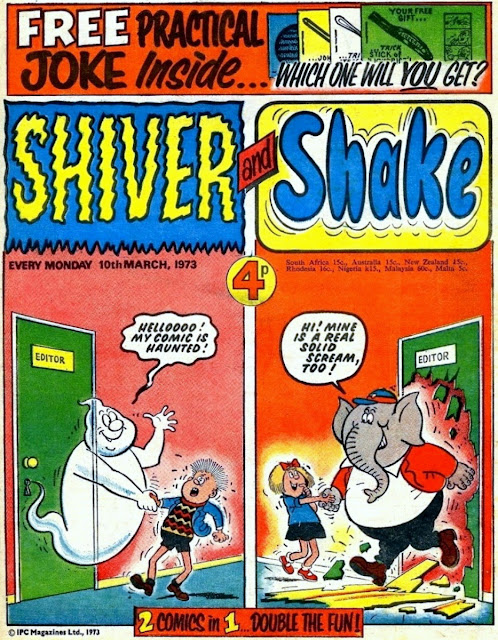 Given the success of WHIZZER & CHIPS, it's surprising that
IPC waited nearly three and a half years before attempting to duplicate
the format of 'two-comics-in-one' with SHIVER & SHAKE.  However,
while the former lasted for 20 years, the latter managed not quite seven
months, but at least it relaunched the career of FRANKIE STEIN for
a new readership, this time drawn by ROBERT NIXON instead of
original Frankie artist (for ODHAMS' WHAM!) KEN REID.
Posted by Kid at Sunday, August 28, 2016