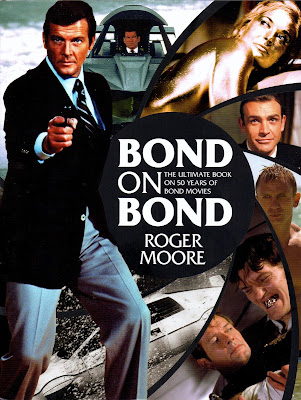 Look at this great book I acquired recently - BOND On BOND - personally autographed by ROGER MOORE.  That's me now got his signature three times over, as I also own an autographed hardback and paperback edition of his autobiography - lucky me, eh?  Personally, I enjoyed Roger's 007 movies every bit as much as SEAN CONNERY's, and I won't hear a word against the man.  He was the perfect actor for the part in the sizzling '70s, just as Sean had been in the swinging '60s.

If you wanna argue about it, big Rog will see you out in the pub car-park in 5 minutes.  I know who I'd bet on. 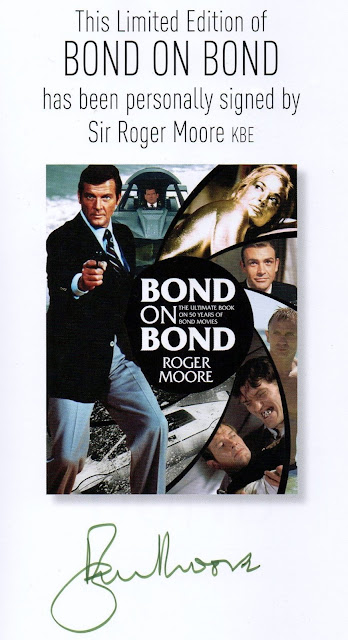 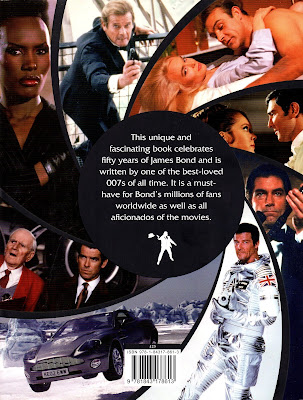 I liked Moore as Bond. I don't think all his movies were that great, unfortunately he appeared in the two worst movies, Man With the Golden Gun and View to a Kill. But you have Rog's autograph and I don't!
I understand he lives in Switzerland and the south of France. So he truly lives the Bond life lucky man.

I think View To A Kill wasn't the best film for Roger to go out on, but that wasn't his fault I'd say. The stunts were mostly all retreads that we'd seen before (as they were in Dalton's two films) and the direction was rather tired. Not all of Connery's Bonds were great either, with Thunderball and You Only Live Twice being tedious in places, although they still had their good moments. As for Never Say Never Again, Sean himself is purported to have later described it as a pile of sh*t. (I thought it had its good points, but it was slightly disappointing.)

Roger Moore's Bond gets less respect than it should. (I'd say Timothy Dalton gets the least respect relative to the value of the movies, but that's another story.) I'm always impressed by how young and fit Moore looks in his first few outings as Bond. Live and Let Die is a dandy of a movie and one of my favorite Bonds. Sadly they let him stay too long and the franchise started to glom onto every fad available to try and stay viable, and Moore's efforts suffered.

I saw A View to a Kill and for some reason a complete reel of the movie did not play in the middle of the flick for some reason. It's right around the time of the fire in the San Francisco apartment. The movie just jumps ahead weirdly. It says something about the quality of the Bond movies of the time that I was only one of two folks who sought our money back because of the miscue. I got the distinct sense that most folks didn't really notice.

Moore stayed too long in the part and it hurt his rep, but I agree with those who say that in his day he might've been the perfect actor for the role.

Moore actually achieved the seemingly impossible, Rip, in that not only did he successfully take over the role of Bond from Connery, he shook off his association in the minds of audiences as The Saint, so that was double victory from the off. Technically, of course, as you say, he was probably too old for the part in the last couple of movies, but had they had the impact on audiences that Live & Let Die had, I don't think anybody would've minded his age.

It's a bit like with Jeremy Brett as Sherlock Holmes; when he first played the part he looked just as Holmes should, but in later series, due to the medication he was on, he became bloated and puffy. However, because he'd established himself in the role, I, for one, still saw him as Holmes, but a Holmes who'd put on a bit of weight. Similarly, Moore was Bond - who just happened to be getting on a bit.

View To A Kill was a bit of a damp squib, unfortunately, and just went through the motions. Hanging off the back of a ladder on a fire truck was a staple of old comedy films and just made Bond a figure of fun. In a way, I'm glad that Moore didn't play Bond in the '60s (apart from a couple of TV impersonations), because then we'd have been deprived of him as Simon Templar. That's another thing Roger's not given enough credit for - successfully playing TWO of the biggest iconic characters in entertainment history, The Saint and 007.

Fascinating fact (well, for me anyway): My father was only TWO DAYS older than Roger Moore. My dad died in 1999 but Sir Rog is still going strong.

1999 seems like only yesterday to me, CJ. Funny how fast the years go, eh?