MARVEL TALES - OF THE RATHER 'TALL' VARIETY...

Continuing our look at Marvel reprint titles from the '60s, this time up is MARVEL TALES #1 from 1964.  Unfortunately, the cover claim of six 'uncut' origin tales was a bit of a porky as The HULK and Sgt. FURY stories only had the first 6 pages of each strip.  There was also a 2-page extract from TALES To ASTONISH #49, featuring HENRY PYM's evolution from ANT-MAN to GIANT-MAN, plus a 4-page taste of millionaire playboy TONY STARK donning his brand-new IRON MAN armour from TALES Of SUSPENSE #48.

The issue also contained a 2-page spread of some of the gang from the Merry Marvel Bullpen, including STAN LEE, JACK KIRBY, VINCE COLLETTA, DON HECK, SAM ROSEN and ARTIE SIMEK.  The splash page of each tale had a blurb detailing where they had first appeared, but someone clearly wasn't paying attention on THOR's origin - it's listed as having been originally printed in JOURNEY Into MYSTERY #38 instead of #83.

Below are the first pages of the six main stories. 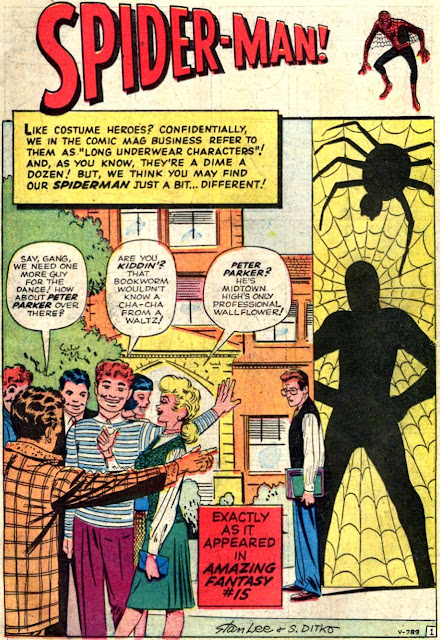 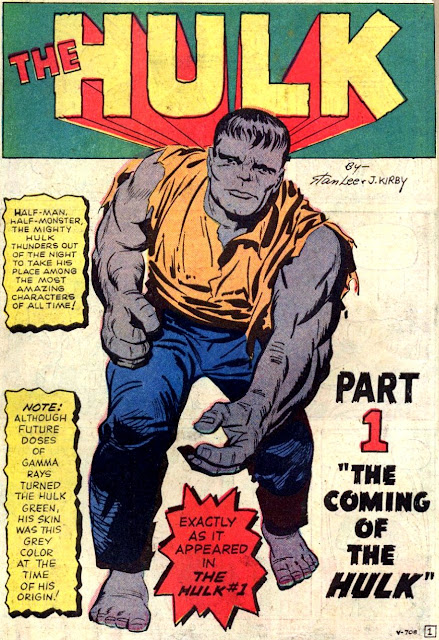 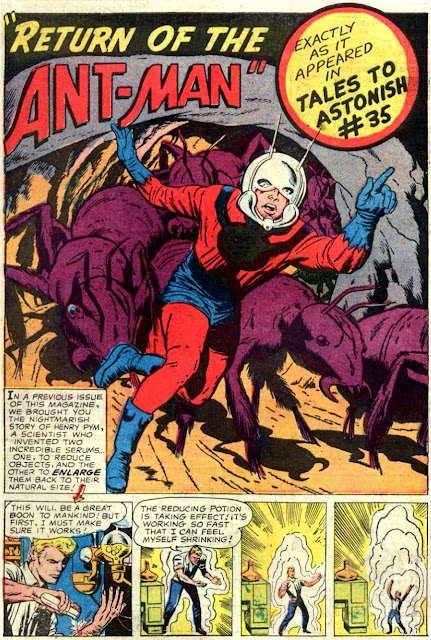 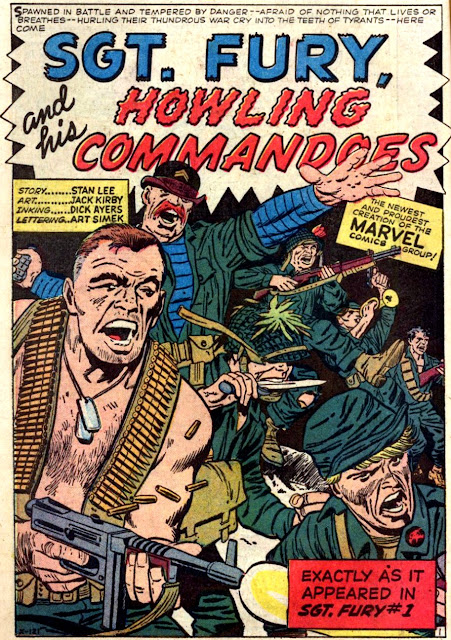 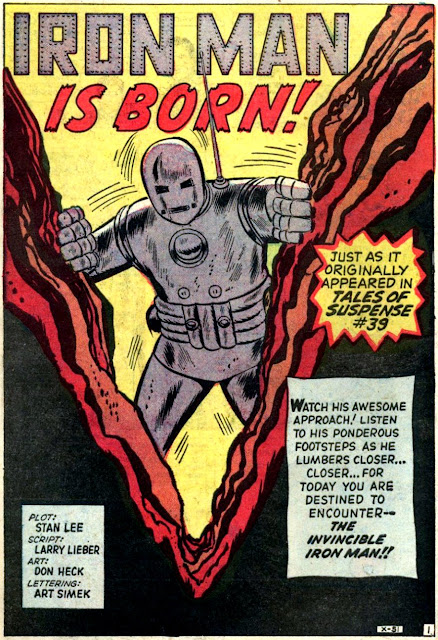 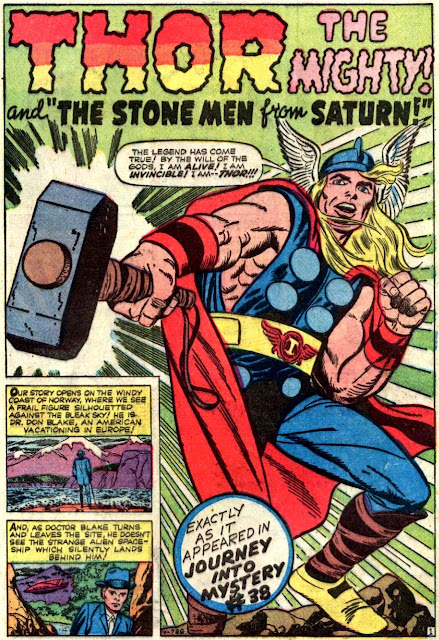 Incidentally, the above page's blurb is misleading - the final page was cropped to allow for an extra 'wrap-up' caption.  As far as mixed reprint books go, we had to wait 47 years 'til Marvel got it right with MARVEL FIRSTS: The 1960s.  Still, better late than never, eh?
Posted by Kid at Monday, April 23, 2012

What a comic.
I was talking to my kids the other night,did I mention I have twin boys aged 8 (not identical,I could not have coped wi that craziness)
anyway,I have been trying to get my finger out on a wee project and the conversation turned to origins,which my kids love of course.
And I just realised how many pages it took Marvel to introduce its characters,I think on average it was like 3 pages and then on with the adventure.
I pondered on that for a while as I stared at my origin story which was already at 28 pages ..ha!

They didn't waste any space, did they? Pacing was the thing. Comics are too slow nowadays. 20 pages and nothing much happens.