THE CLOAK - THE FIRST AND THE LAST...

The CLOAK first appeared in POW! #18 on May 13th (dated 20th) 1967, drawn by Birmingham-based artist MIKE HIGGS.  It had a different look to other strips in the comic and, given its spy/mystery/horror-themed stories (albeit in a comedy vein), proved popular enough to last nearly two years.  It started in Pow!, continued in POW! & WHAM!, then SMASH! & POW!, and finally ended in SMASH! (Incorporating FANTASTIC) #162, March 1st (dated 8th) 1969.  I remember the strip mainly because I fancied LADY SHADY, the Cloak's EMMA PEEL-style sometimes sidekick.  (Wotta bod!  Makes me want to marry a drawing.) 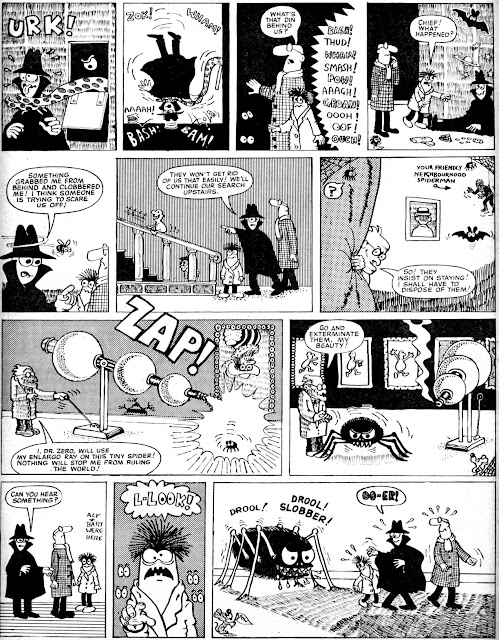 Anyway, for all you Cloak fans out there, here's his first and last appearances from the swingin' '60s.  He's turned up at least a couple of times in recent years - first in the back of a self-published comic by a former assistant of Mike Higg's, and then in the pages of CRIKEY!, a (now defunct) mag devoted to British comics and their creators. 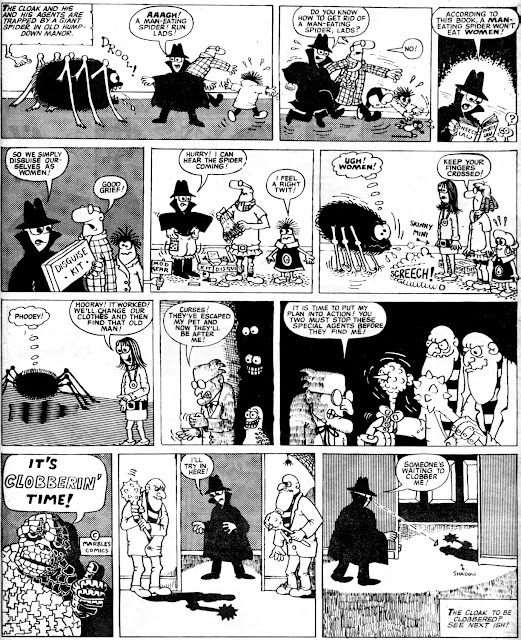 Here, though, is how it all started - and finished - so very long ago. 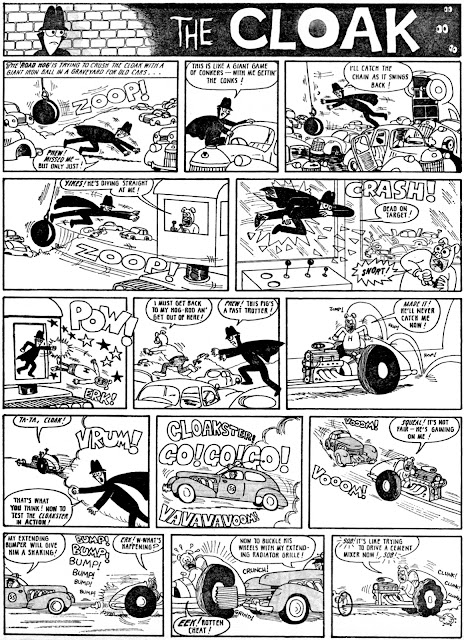 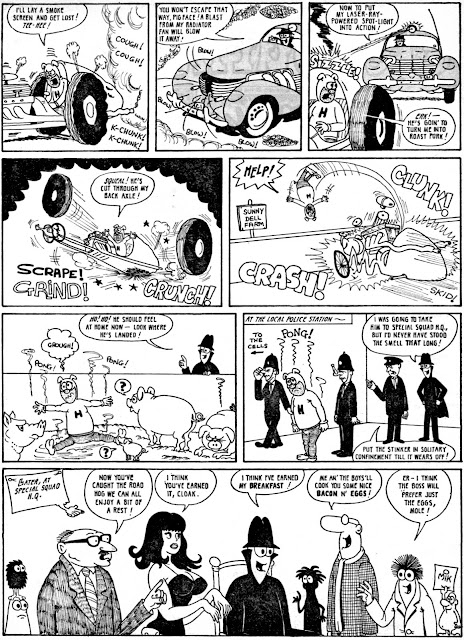 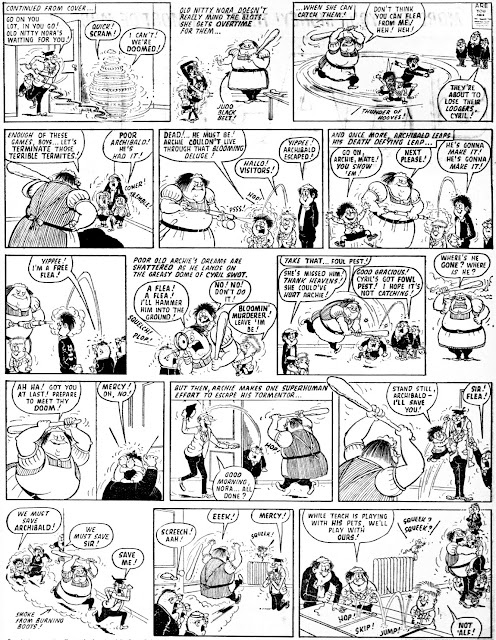 I had misremembered The Cloak's partner as Shady Lady- but not bad for a 45-year-old recollection.

I would love to see Adam Eterno, Black Max, Steel Commando and my primary school favourites, The Whizzers from Ozz

Dougie, you can see the origin of Adam Eterno at this link: http://kidr77.blogspot.com/2011/07/youll-be-thunder-struck.html - give it a look. I'll post Steel Commando and Black Max in the not too distant future. I'll see what I can do about The Whizzers from Ozz.