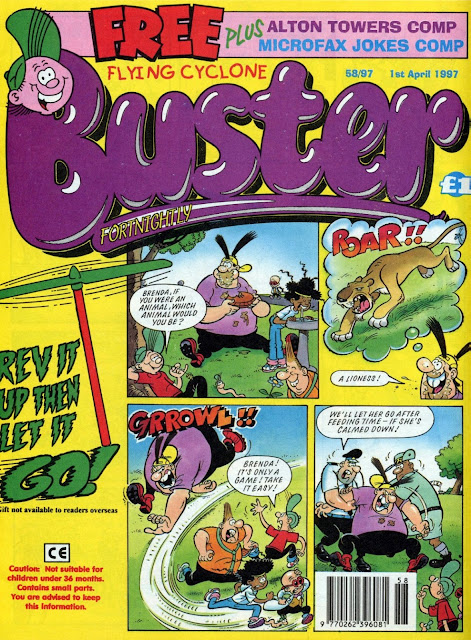 Fifteen years ago, the Easter copy of BUSTER went on sale, sur-
prisingly with no mention of the celebration on the cover.  Sadly, there
would be only two more similarly-themed issues to go before the comic's
demise at the end of 1999 (dated into 2000).  For the last few years of its
life the fortnightly periodical was mainly reprint, 'though Buster's
strip itself was new material, drawn by JIMMY HANSEN. 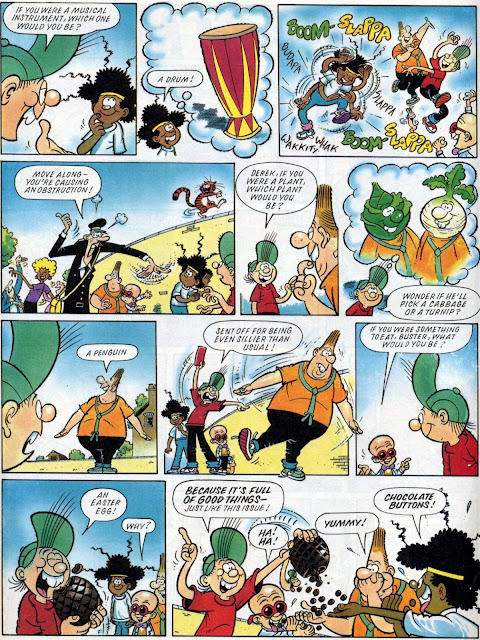 The ODD-BALL strip below is doubtless a reprint, and is drawn by
comics legend TERRY BAVE.  Odd-Ball first appeared in WHIZZER
& CHIPS back in 1969, eventually ending up in Buster when the two
comics merged in October 1990. 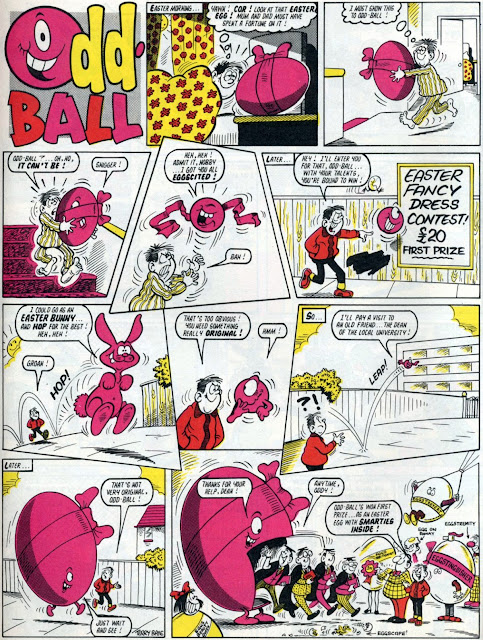 RICKY RAINBOW first appeared in the short-lived NIPPER, launched
in January 1987.  When it merged with Buster eight months later, Ricky
was one of the strips which survived the amalgamation.  Once again, the
strip below is most likely a reprint and is drawn by Jimmy Hansen. 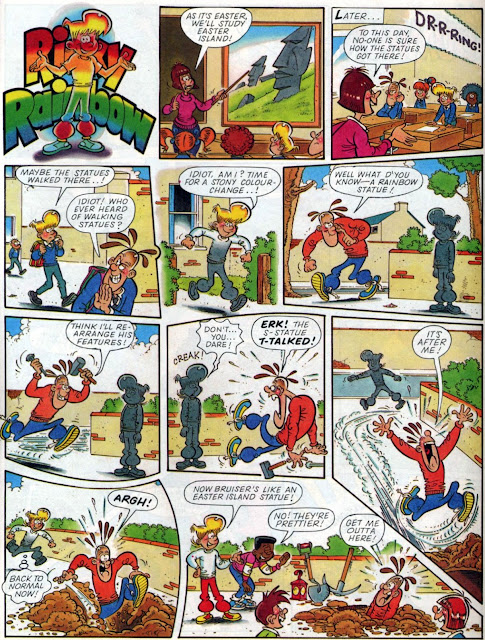 Have a Happy Easter Monday.  Scoffed all
your chocolate eggs yet?  (Buuurrrrp!)
Posted by Kid at Monday, April 09, 2012