If Scottish publisher D.C. THOMSON had any kind of equivalent to London's FLEETWAY/IPC's mechanical man ROBOT ARCHIE from LION, it was probably BIG KLANKY from The SPARKY comic.  Drawn by BOB WEBSTER, Klanky made his first appearance in the 75th issue and bowed out in #499.  Klanky was an alien robot befriended by Earth children ERNIE and SUE HUGGINS and is fondly remembered by readers of the time.  What follows is a tale from the 1968 Sparky Annual (on sale from around August/September 1967), so sit back, relax, and indulge yourself with a nostalgic trip into yesteryear. 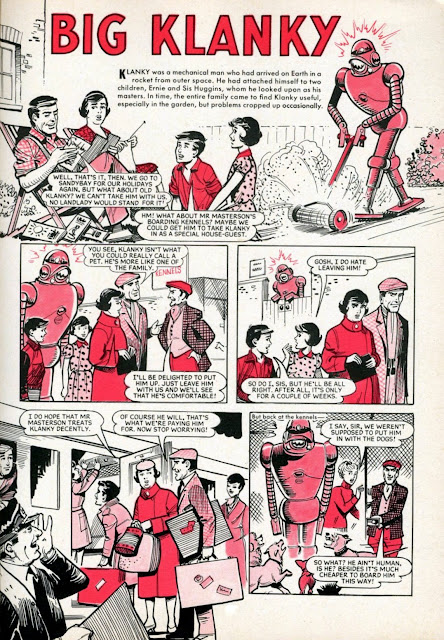 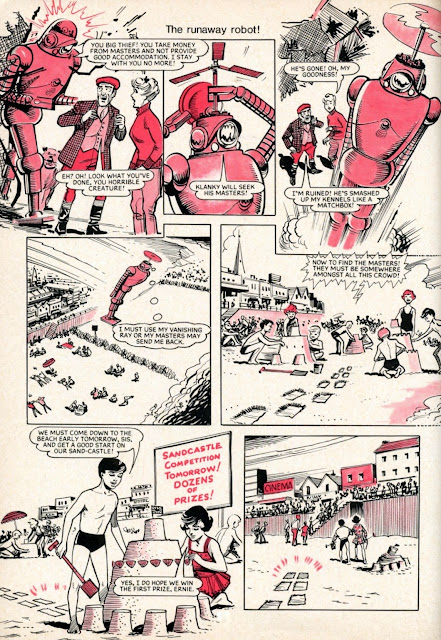 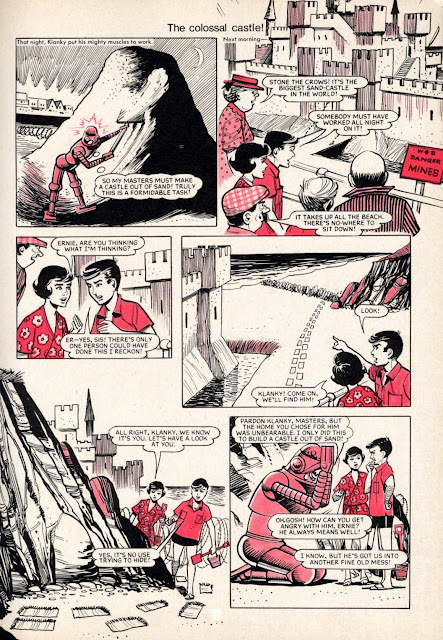 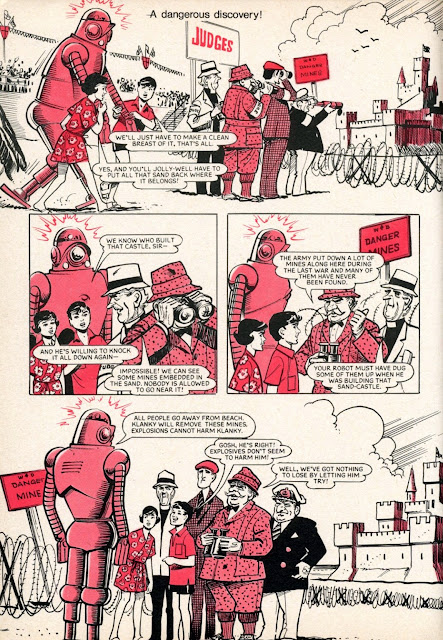 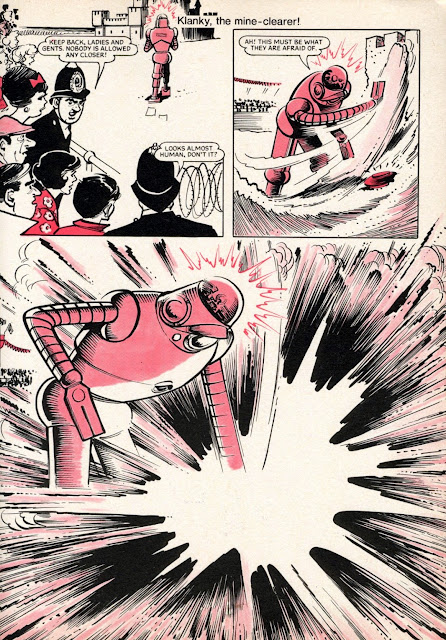 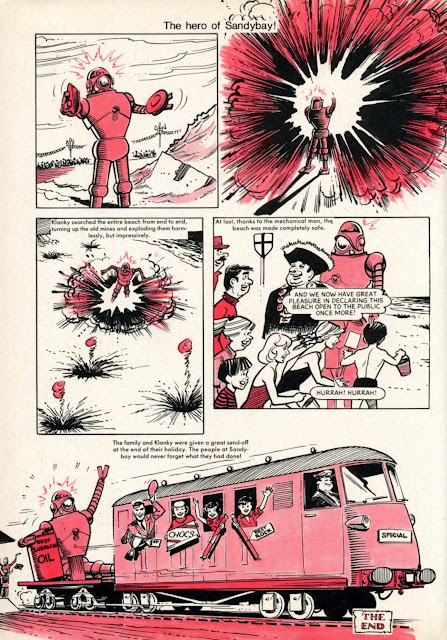