No one could (or would) deny that BEEB Magazine was anything other than a clone of LOOK-IN.  The wonder is that it took the BBC 14 years to get around to introducing their rival publication, at a time, ironically, when Look-In's circulation was steadily falling.  They should've taken that fact into consideration, because Beeb only lasted for a mere 20 issues before disappearing - with no announcement in its final number and without resolving any of the continued stories.

When Look-In first came out in 1971, I didn't buy it.  It wouldn't be until 1975 that I started picking it up on a regular basis, simply because there was something intoxicating about the great cover paintings by Italian artist ARNALDO PUTZU, who painted many movie posters in the '60s, including ones for the 'CARRY ON' series.  My interest in the mag was relatively short-lived, though I continued to buy the occasional issue over the years, depending on the contents.

In 1985, I was living in Shearer Road, Buckland (Portsmouth) when I spotted a new mag in a newsagent's one day.  It really wasn't the sort I was usually interested in, but because it reminded me of Look-In (and also because it was new) I bought the first issue.  By this time, I'd developed the habit of buying the first three issues of any new mag or comic, mainly because they were usually the free gift issues.  I never saw #2, but got #3, telling myself that I'd locate the missing 2nd issue before too long.

I was back home in Scotland before I ever got around to sending away for a back issue of the missing number, and I think it was quite a few years since the mag had been cancelled before I did, so I was unsurprisingly unsuccessful in my task.  Until yesterday that is, when it popped through my letterbox after I'd managed to secure a copy via ebay a few days before.  It's odd to see it next to my almost pristine, clean copies of issues 1 & 3, because it's got a few creases and it's not quite as 'smart'-looking as its companions.

However, I feel a sense of achievement.  It may have taken me over 32 years, but I've finally fulfilled my original intention of owning the first three numbers of this short-lived publication.  Will I succumb to temptation and track down the remaining 17 issues?  Nah!  Despite some nice art, there was too much of a focus on pop music for my tastes, so I'll be giving the rest of the run a miss.  It's enough that I've finally got the first three after all this time, so they'll do for me.

Anyway, here are some pages from my trio of Beeb mags, so that you can see the cut of its jib.  Did you buy the title back in the day?  Feel free to share your views in the comments section. 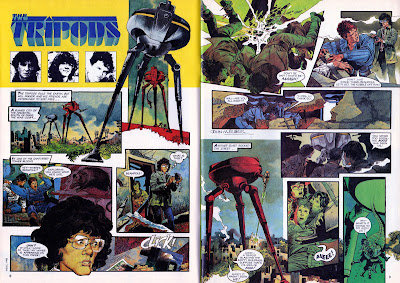 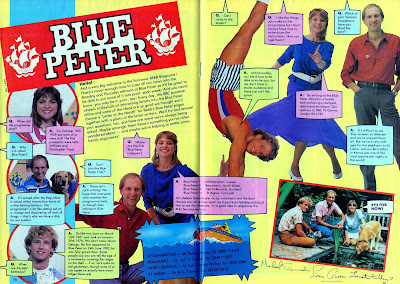 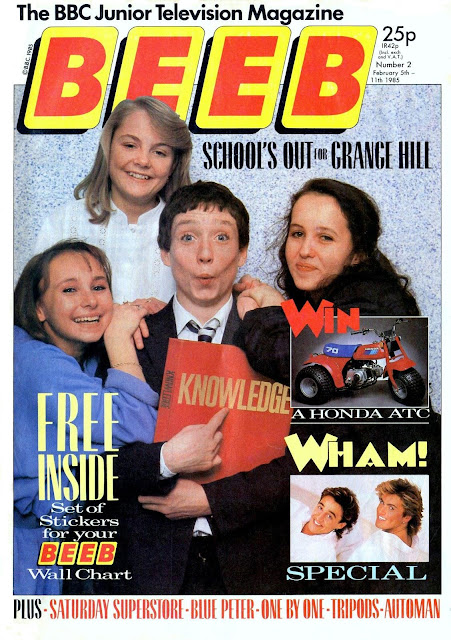 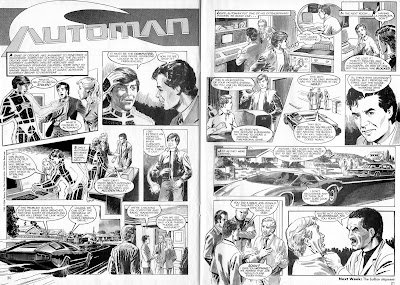 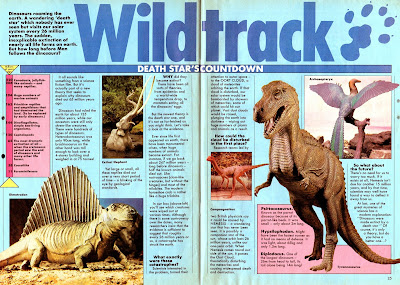 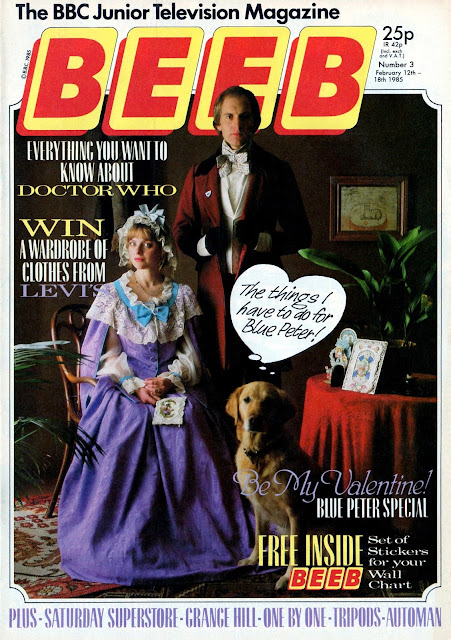 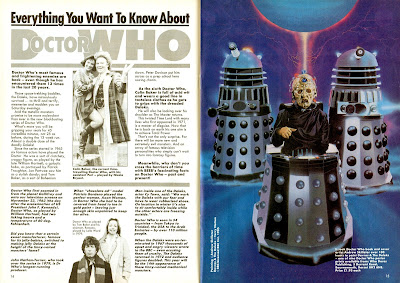 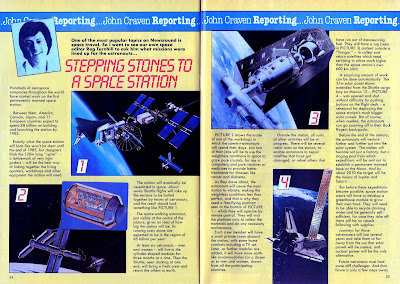 No argument with your opening statement. I had to scroll back up to look after reading it. My first impression was of a cover for a Look-In special on the BBC.

Hadn't run into this one before. That version of Tripods look right interesting. I'd just recently re-read the old version that ran in Boy's Life, so the look of this one was rather disconcerting at first. Now, i'm intrigued.

The artist, John Burns, is still working today - on 2000 A.D., and maybe even other mags. He also drew for Countdown back in the '70s, and is quite well-regarded by fans. Have to confess though, that I wasn't too keen on some of his Countdown work - too many blank areas of colour on faces for my liking.

I'm glad you finally got the missing copy after all these years Kid, now you can put them all on the bonfire together! That's not a nice thing to say so I tried to think of something positive about them which I am having trouble with! I do like to see early computer comic stories computers seemed to pass me by in the early years so it's always good to see a story about them.
It is also good to see an early NASA brainwashing article on Thunderbird 6 they are always good for a laugh they like to start on people early so that by the time they are adults they actually believe all their space BS. What's that you say Thundebird 5 docked with them once!

I'd never even heard of BEEB until fairly recently when I saw it on another blog (possibly Starlogged).

The only time I read Look-In was when I bought a few at my village fete (we called it a "carnival") circa 1978. There were lots of Look-Ins for sale covering several years and I noticed that the mag always re-started at No.1 at the beginning of each year which seemed strange.

Well, T, it did occur to me that if I was ever going to dispose of them, it would be nicer to part from a 'full' set of three rather than just two with a gap in the middle. However, I'll probably keep them as they remind me of Portsmouth and my little house in Shearer Road.

Eagle did the same thing if I recall correctly, CJ, but it would be a new volume - as in Vol 2, No 1. If it wasn't the Eagle, it was some other comic or other. The Panini/Marvel UK titles do it all the time.

I was a regular reader of Look-In from around 1987- 94 and always thought Fast Forward was the BBC’s rival publication- very interesting!