REMEMBER, REMEMBER, THE 5TH OF NOVEMBER? NO THANKS, I'D RATHER FORGET IT - AND WISH EVERYONE ELSE WOULD TOO... 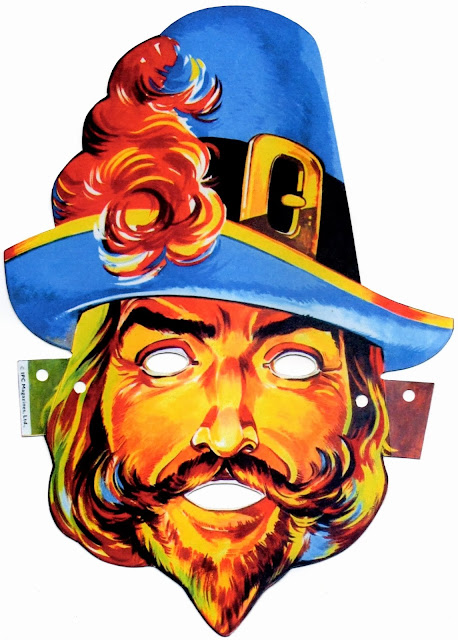 You know you're getting old when the things that enthralled you as a kid no longer hold any magic for you - except perhaps in memory.  Take BONFIRE NIGHT for example.  I don't mind seeing and hearing fireworks when I'm out and about, but I find the noise irritating and intrusive when I'm ensconced in my house trying to relax and unwind.  The actual night is bad enough, but when you have to put up with continual explosions for at least a week before and a week after (sometimes longer), it goes beyond the pale.  I think fireworks should, by law, only be allowed on November 5th between 6 and 7.30 pm.  Anyone setting them off before or after should be heavily fined (or, failing that, given a good kicking).  What's more, they should only go on sale three days before the 5th.

HALLOWE'EN's another one.  This October 31st, I sat in the house with the lights off to deter any kids and their parents coming to the door.  Not that I think they would, but I wasn't prepared to take any chances.  It's not just that I've got no time for kids as a rule (unless they're quiet, well-behaved children of friends), but I didn't want to be subjected to their disappointment if I'd been placed in the position of having to turn them away empty-handed.

What a miserable old git I've turned into, but I just can't help myself.  It's not really fair, considering how much I enjoyed Hallowe'en and Bonfire Night when I was a kid.  I've tried to analyse the reasons for this shift in my attitude to these two events, and here's what I've come up with.

Not being a kid or a parent, I've got no reason to participate in the celebrations in any way, so therefore find them an intrusive nuisance to my routine, to say nothing of my peace and quiet.  I'm also struck by the fact they remind me that my childhood effectively ended in the previous house to this one.  Not that I realised it back then, as the transition process of growing up appears seamless at the time, but, in retrospect, we tend to divide each phase of our lives into segments and view them as individual links in a chain (that have become separated), as opposed to the single unrolling ball of string that life once seemed to be.

It was in my previous house that I last went out on Hallowe'en;  it was in my previous home that I last celebrated Bonfire Night;  and it was in my previous abode that I last crept downstairs with my brother in the early hours of Christmas day to see what Santa had brought us.  My tentative conclusions are therefore that I'm angry and bitter at no longer being a child, in much the same way that the lead actor in a TV show feels when he realises he's gone as far in his role as he can, and that the new young supporting actor is getting much more attention and fan mail, and will soon supplant him as the main star of the show.  I'm sort of half-joking of course, but perhaps there's more truth in my imaginative assessment than I realise.

Any thoughts on the matter, Criv-ites?  Let rip in the comments section. 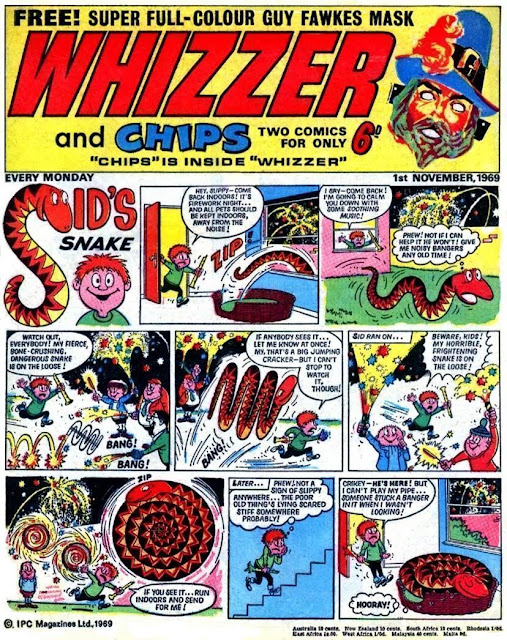 I loathe Halloween - I didn't celebrate it as a child (except for a Halloween party I attended in 1978, aged 12, but I never went Trick-or-Treating) so I have no fuzzy, warm nostalgic memories of Halloween. And I object to these greedy little sods expecting to receive money for no other reason than it's October 31st. They don't even know what "Trick-or-Treat" means. I too pretended to be not at home but thankfully nobody came to my door, hooray!

But I still love Guy Fawkes Night - I was out in my back-garden last night watching the fireworks. A stick from a spent firework landed about three feet from me and embedded itself in the ground like a spear! If that had landed on my head it might have caused an injury - but I loved the fireworks. Letting off fireworks before the 5th is supposed to be illegal, a fat lot of good that law was! Yes, it's annoying when I'm in bed and some some selfish idiot lets off a firework nearby but I can live with it - it's still preferable to bloody Halloween.
My mother died on November 5th 2009 so nowadays Guy Fawkes Night means more to me than just bonfires and fireworks.

When I was a kid, CJ, the back garden seemed to be the place for families to have their firework displays - I don't remember anyone ever letting off fireworks in their front garden. Nowadays though, parents seem to want everyone to see their displays and have them in the front garden, which I find just a little bit annoying as it's more 'in your face'. Oh, for the good ol' days. (That's a nice thought about your mum.)

We don't go in for Guy Fawkes Night here in Northern Ireland. A holiday about burning catholics - it wouldn't go down well. Perhaps with some, but not generally...

We let all our fireworks off on Halloween instead, though. I did enjoy it, but I've got to admit it's been annoying me more and more for the last couple of years; mostly because there are random, occassional fireworks going off for almost the whole month of October, light or dark, and my dog - fearless with anything else - is terrified of them.

My dog Zara never seemed bothered by fireworks when she was younger, WJB - she'd just look at them exploding in the sky with mild curiosity. However, as she got near the end of her life, I could see that she was bothered by them. Same with the vet. When she was younger, she enjoyed going to the vet's - even jumping up onto his examination table in one bound, wagging her tail. In later years though, she didn't seem keen to go at all, wanting to keep going past the path that led to his door. But as for fireworks, I definitely think that their use should be regulated far more strictly than it is.