"Unlucky for some" goes the old saying in relation to the number thirteen, and such is the case with this thirteenth part of The CRUNCH Cover Gallery.  That's because it marks the finish of this series as, with issue #54, the comic reached the end of the line as a separate title, being merged with The HOTSPUR the following week.  It had been DCT's bold attempt to rival the popularity of rival IPC's 2000 A.D., but such a fate was not to be and it ended with a whimper, not a bang!

Look at that 'The MIGHTY THOR!' cover above.  A bit cheeky, but the comic was in its death throes, so why not?  I occasionally have a strange dream where I'm in a newsagent's and see British MARVEL comics on sale which look as if they've been published by DCT - same paper, same glued spines, the lot.  I'm pretty sure I first had the dream before the above title saw print, but I'd certainly not have minded in the slightest if Thomson's had been tasked with producing Marvel U.K.'s output.

And so The Crunch faded into history - gone, but never quite forgotten by those who bought and read it at the time.  Were you one of them?  Tell your fellow Criv-ites what this weekly comic meant to you in the comments section. 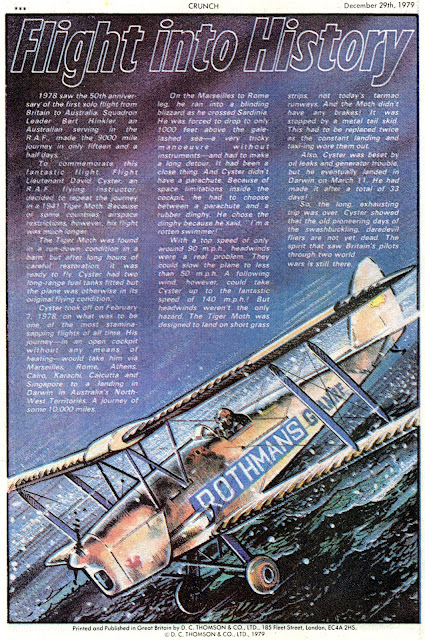 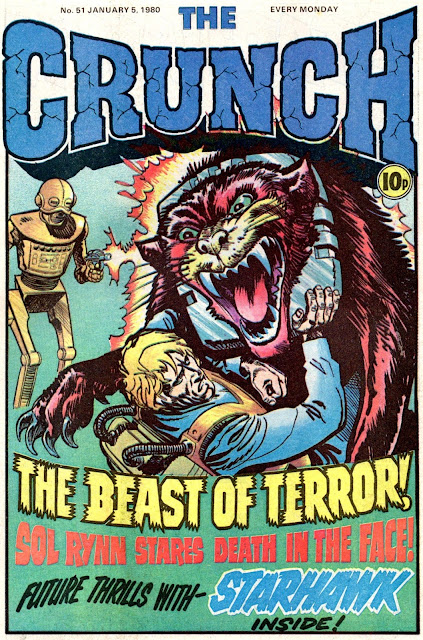 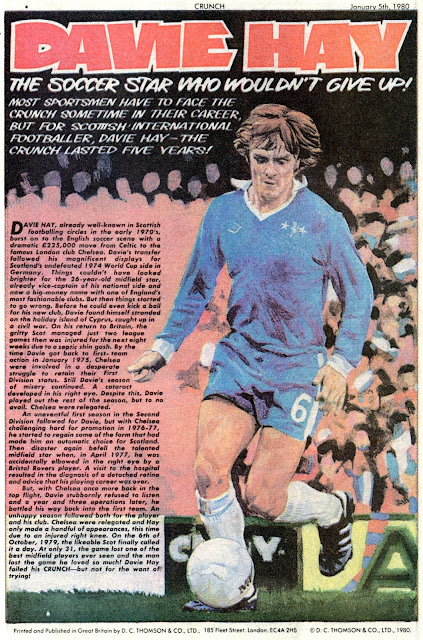 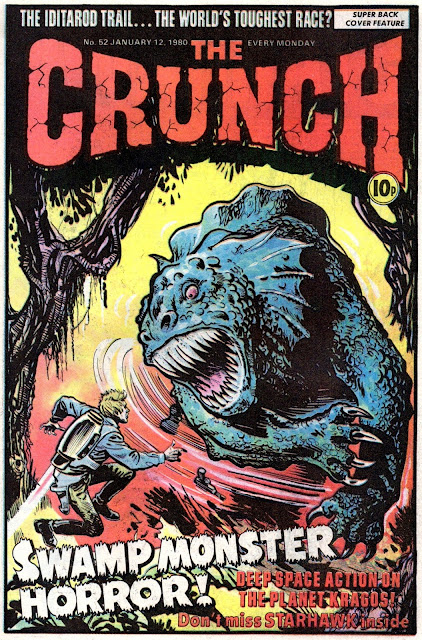 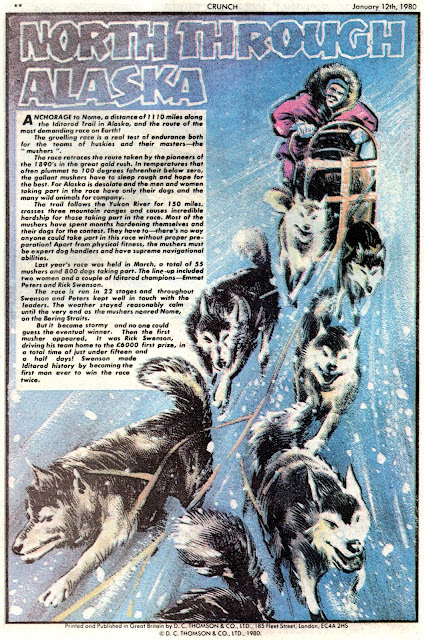 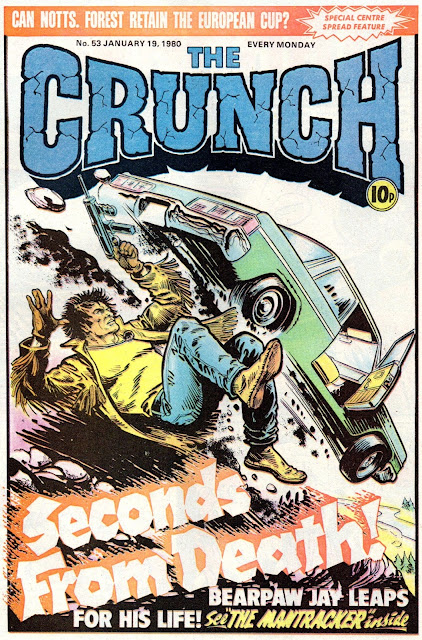 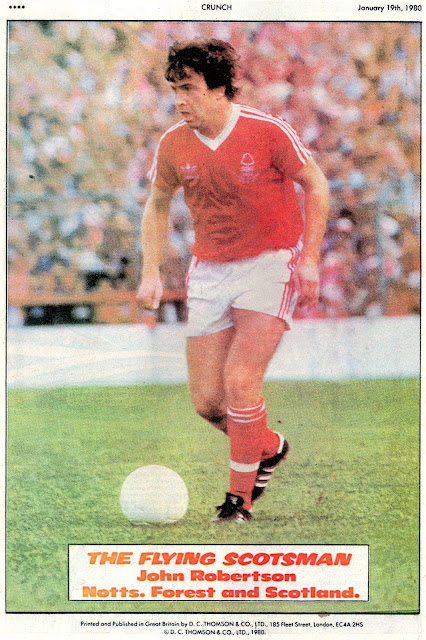 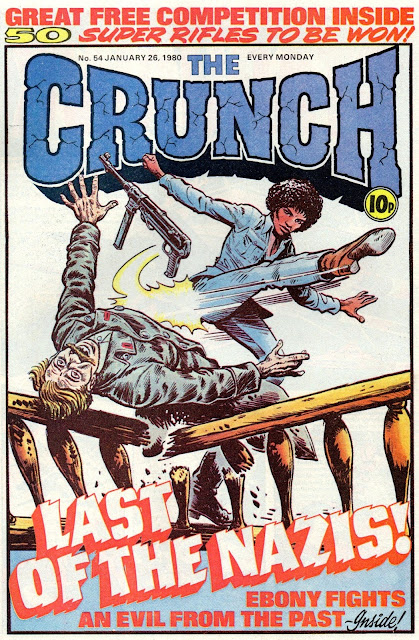 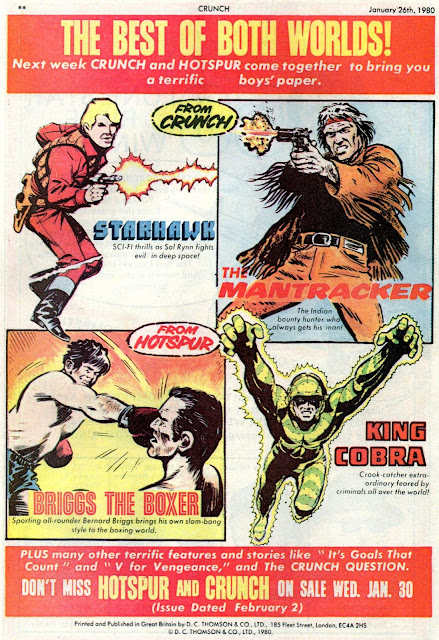 Rothman! Went to school with a kid named Rothman, we heard he was from the tobacco family. Too bad he was overweight and an unpleasant character. Hey you asked what memories it brought back!

Hopefully there are some pleasant ones as well, Phil.

The Hotspur! I remember that comic! Barely. All I remember is the name and having read it. Actually I remember reading comics like Battle. Again I don't recall a single story so much as memories. They really were glorification of war comics, the British war comics. Quite unlike many of the American war comics which were more like anti war comics. I'm sure the Vietnam war was making the American comics more anti war whereas the British comics were all ww 2 and Biggles boys own, being far enough away in time to be just a comic.

I don't think it was the intention of those type of comics to glorify war, Phil. The war was more just a backdrop for tales of action and heroism. In fact, Charlie's War in Battle was decidedly anti-war, and I'm sure there were other strips in that vein.