First, there was a SECRET ORIGINS 80 page one-shot in 1961.  Then, there was a MORE SECRET ORIGINS follow-up ish in 1965.  Eight years later, in 1973, the title was given an ongoing series, but ran for a mere seven issues.  In 1986, DC COMICS had another stab at the concept, and this time it lasted a whole 50 issues, three Annuals and one Special.  There was yet another attempt in 2014, which lasted 11 issues, so you've gotta hand it to DC - they're certainly persistent in pushing an idea for a mag.

Anyway, it's the '86-'90 series we're looking at in the first part of this cover and image gallery, and hopefully you'll all come back for future instalments as they appear.  Now let's go!  And feel free to leave a comment if you so desire. 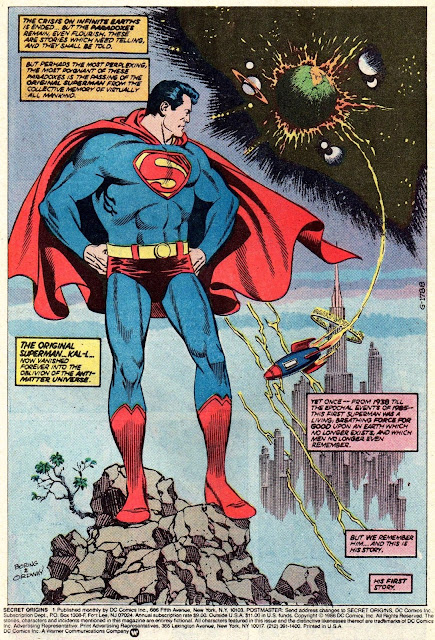 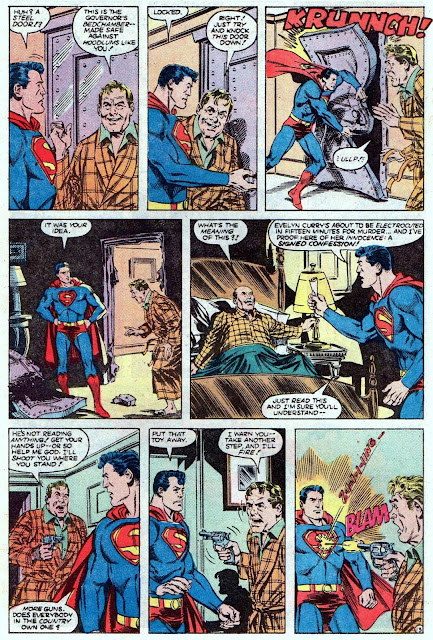 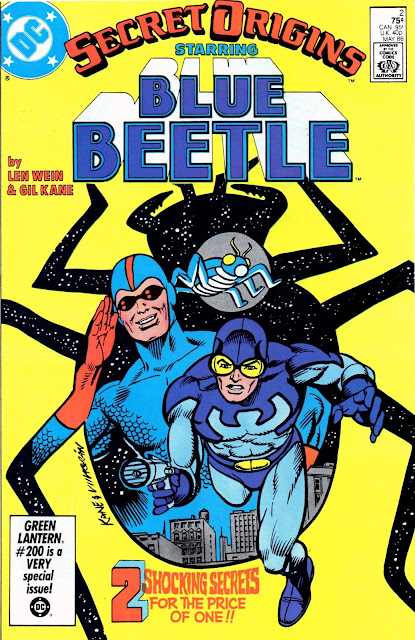 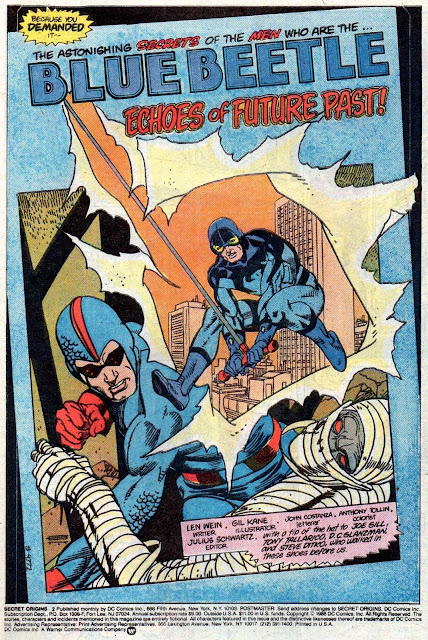 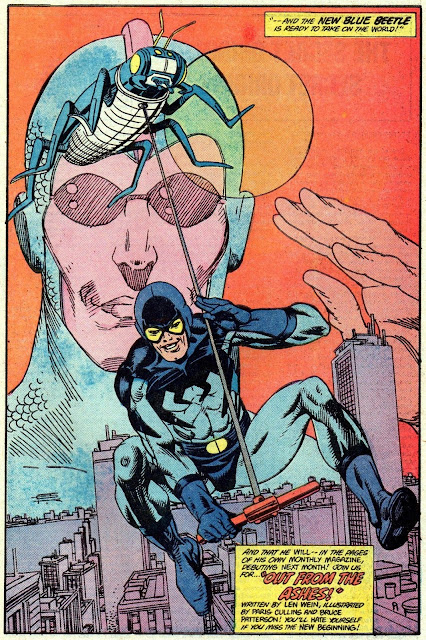 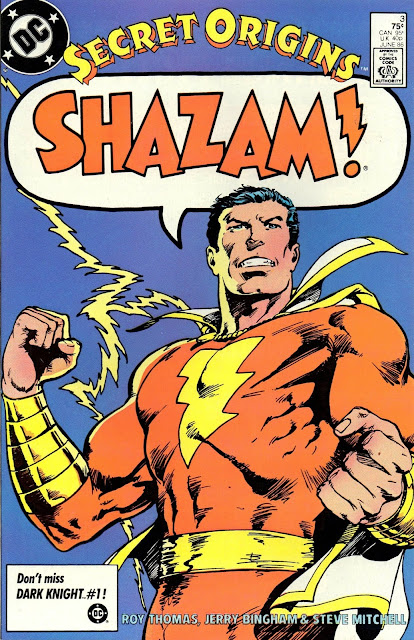 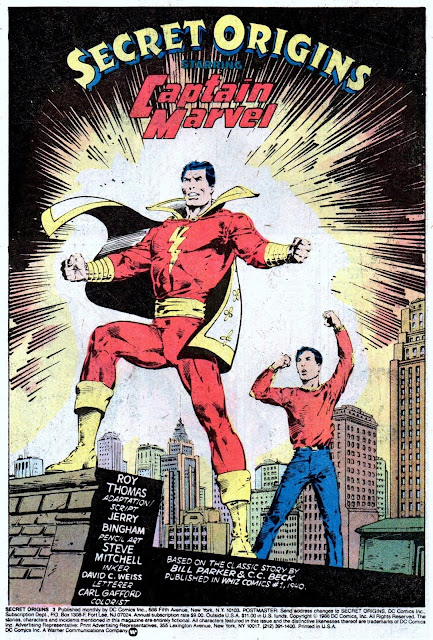 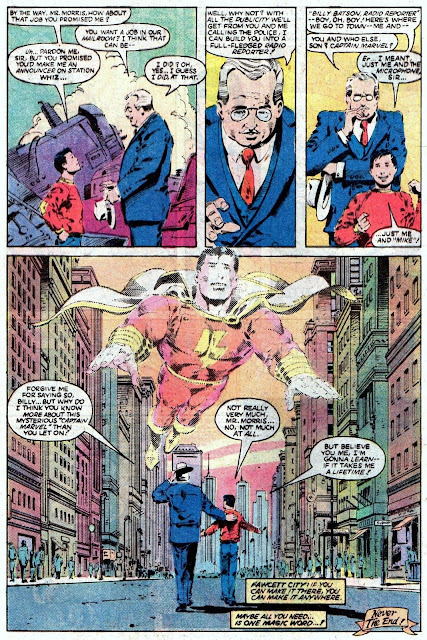 Kid, your blog is an oasis of calm and sanity amidst the Brexit mayhem :D

And your kind words are a salve to my soul amidst the daily madness of life, CJ.

I remember the original “Secret Origins” regular series from the early 70s which had some excellent Nick Cardy covers (the “Spectre” issue is still an all-time favourite of mine) which contained the reprints of the original origin stories (from the 40s etc ). The mid 80s version had some nice new strips and art and that Blue Beetle one here looks really good with Gil Kane art. Is the Superman issue here new art it looks like it’s from the 50s (I like it no matter – is that Wayne Borings art??)

Yup, Wayne Boring drew the strip especially for this ish, PM, with inks by Jerry Ordway. Obviously Wayne referred to the original Joe Shuster strip from Action Comics #1, though he drew it with more finesse than Joe did. That first ish of the 1986 Secret Origins is a great little mag to have.

I have that Superman issue but never say the other ones.
The art is by Jerry Ordway after Wayne Boring. I had to look twice too, he does a very good likeness. And it's an awesome cover.

Actually, Phil, Wayne Boring pencilled the issue, Jerry Ordway inked it. As for the cover, Ordway drew the heroes around the crystal ball, and the image within was an interior panel from the mag.

The "Every issue's a collector's item" caption on No. 1 seems to indicate that DC was already marketing toward collectors and investors rather than readers. There was an ad in Overstreet's Price Guide sometime around 1983-84 that showed Showcase #4, Omega Men #1, and New Teen Titans #1 in a safe deposit box.

Ah ok makes sense now.
They should reprint all the Superman Cary Bates stories Iwoukd get them In a collection . Terra Man anybody? Captain Strong?

I'd say that DC were marketing towards collectors AS WELL AS readers, TC. Obviously trying to cover both bases.

They'll probably get around to it one day, Phil, if they haven't done it already.