There are two menaces called DENNIS in the world, as I'm sure most of you know.  There's the real one - ours - who lives up to his name with gusto - and there's the cutesy American version who doesn't really fulfill his anarchic designation in quite the way that the British one does.  There's no way of knowing which of them was created first, but ours saw publication before his State-side counterpart.  U.S. Dennis debuted in sixteen newspapers on March 12th, 1951, whereas U.K. Dennis appeared in The BEANO, cover-dated March 17th, but on sale several days before that date (amazingly, probably also the 12th) and actually published on the 7th.

Anyway, here are the covers of another six DENNIS The MENACE Books (which became an Annual with the edition for 1987) to remind you that when it comes to menacing, nobody does it better than our striped, spiky-haired little 'hooligan'. 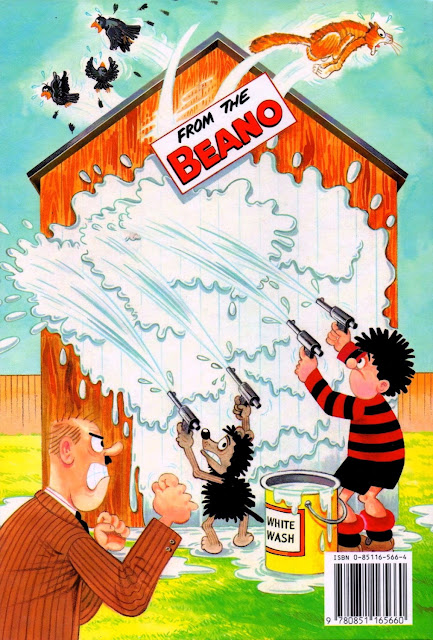 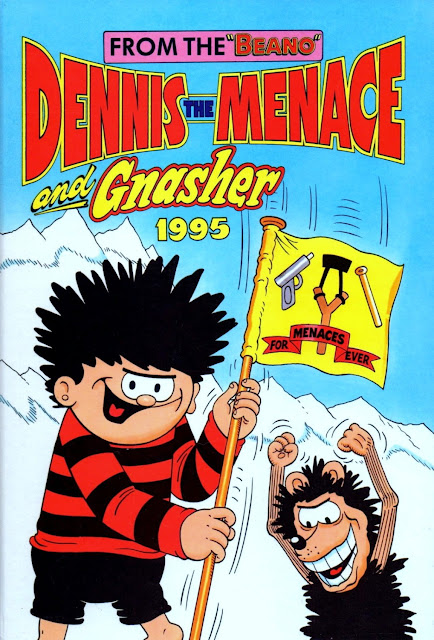 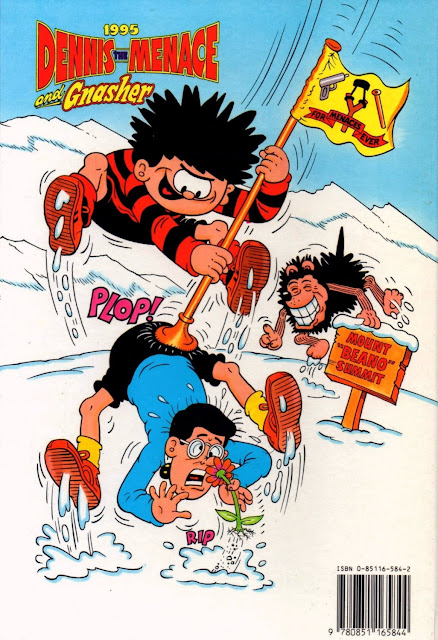 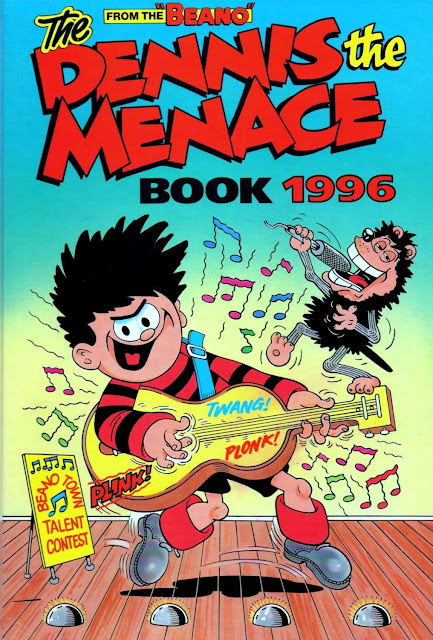 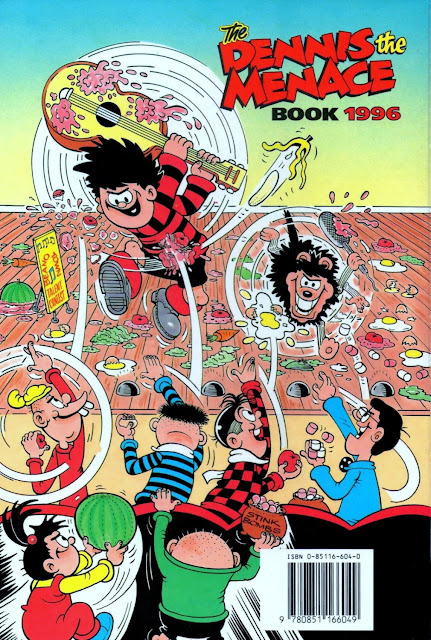 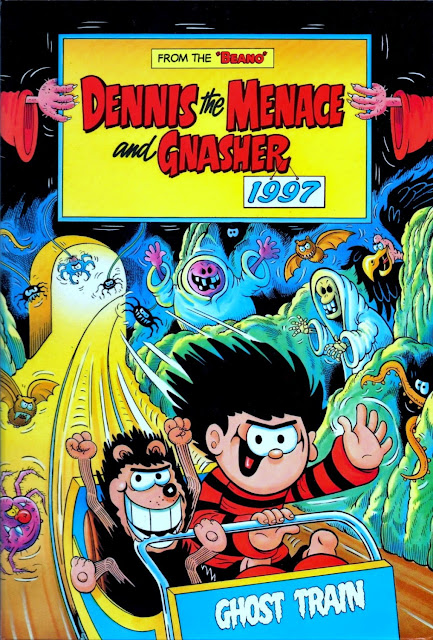 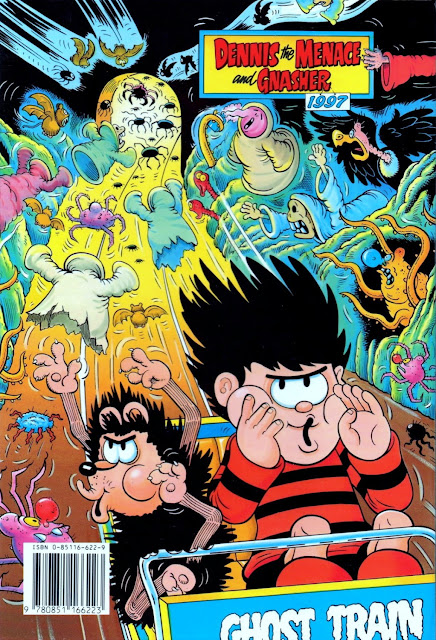 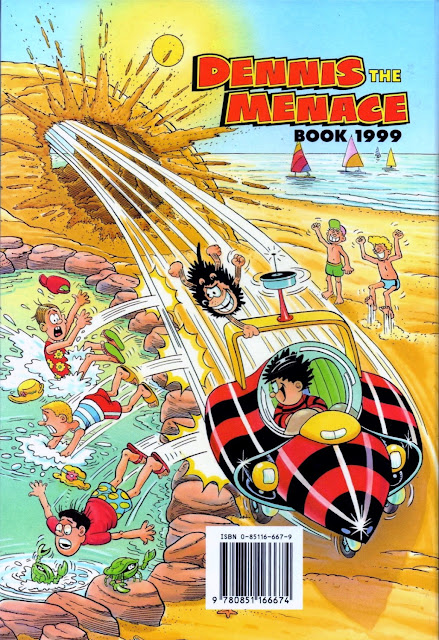 Agreed about the US Dennis - he didn't look menacing at all with his blond hair. Put them both side by side and which one would you blame for doing it?

Actually, that's probably an advantage when it comes to menacing, JP - looking like it couldn't possibly have been you.

Yes, ours is the best woo hoo !! But what an amazing coincidence about the timing. I've also wondered if Marvel's Avengers took the name somehow from the UK show which began in 1961 or was that just another coincidence.

Very possibly. I've recently been watching the original Flash Gordon serial on YouTube and the Hawkmens' city in the sky made me think of the cloud city in 'The Empire Strikes Back' so these ideas do get pinched...er, I mean homaged. In fact in 1978 I had a magazine about Star Wars which was quite open about how George Lucas had taken ideas from all kinds of places and not just sci-fi, things like Westerns and foreign films too.

And there are some Kirby fans who say that Lucas nicked quite a bit from him too, CJ.

Oh yes - I remember reading somewhere that Star Wars was a rip-off of the Fantastic Four. So that'll be Princess Leia as Sue Richards and Chewbacca as the Thing I assume but is Reed Han Solo or Luke Skywalker ? I'd say Reed is Luke 'cause he's the earnest, sensible one and the Torch is Han Solo as he's the cocky, irresponsible one. Actually it sounds like a load of cr*p to me but you never know I suppose.

I think it was more to do with Darth Vader being 'inspired' by Doctor Doom, or maybe even Darkseid. There's bound to have been some 'Kirby Koncepts' in there somewhere.