Since my posts on MARVEL U.K.'s Pocket Books from the early '80s, I've acquired a few more on ebay.  I'll be adding the above cover to the relevant post, but I thought it deserved one of its own, so impressed am I with the illustration since first seeing it on an issue of POW! back in the '60s.  I just love this cover, and although I don't have the original U.S. issue of The AMAZING SPIDER-MAN #5, I do have the reprint (cover and all) in an '80s issue of MARVEL TALES.

However, I thought I'd use this issue to demonstrate how inconsistent these PBs could be when it came to reproduction.  Take a gander at the page below, which is perfectly adequate given the reduced 'Digest Size'. 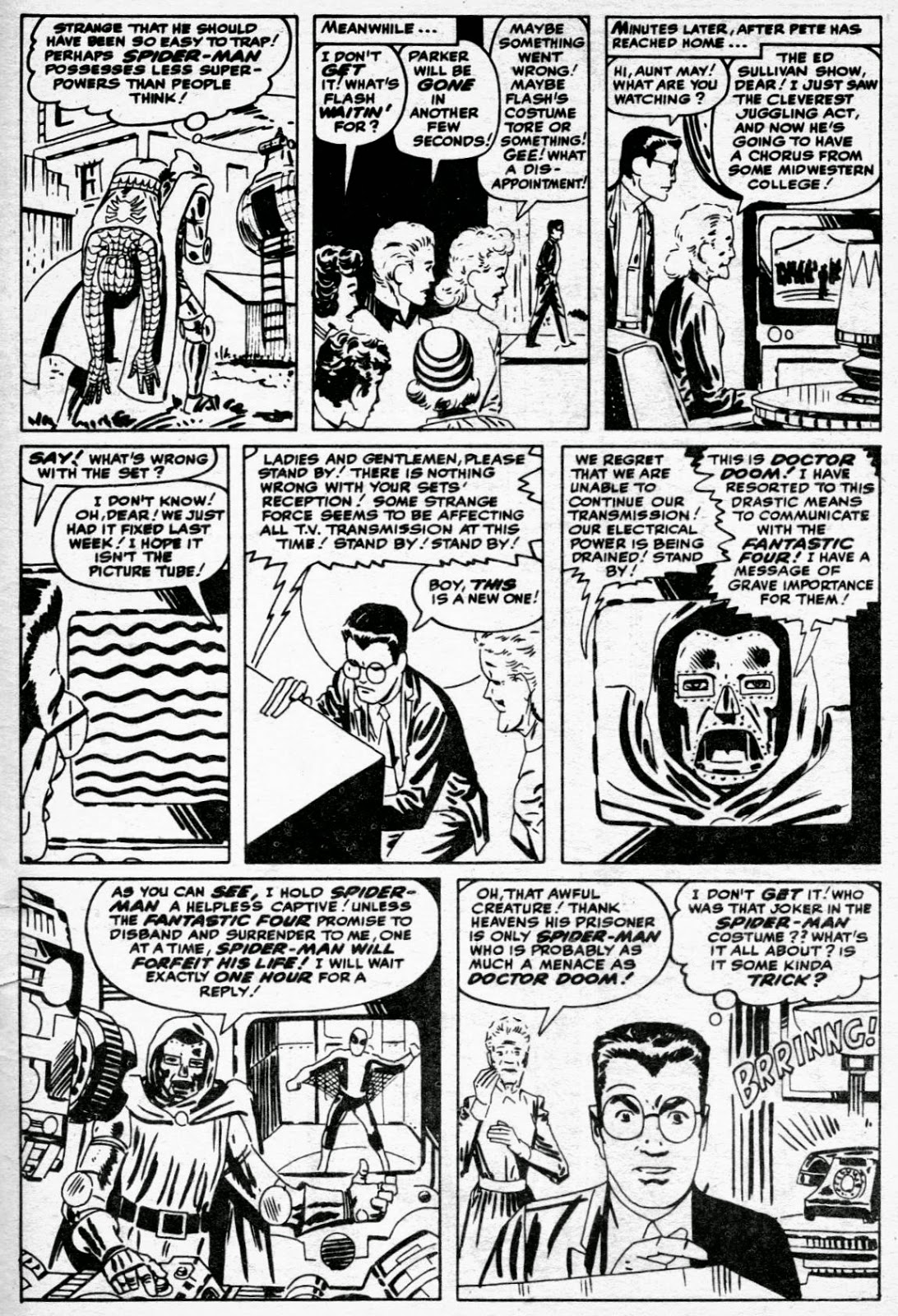 Now look at the following page and note that the top tier is fine, but the bottom (third) tier has huge chunks of detail missing from STEVE DITKO's art. 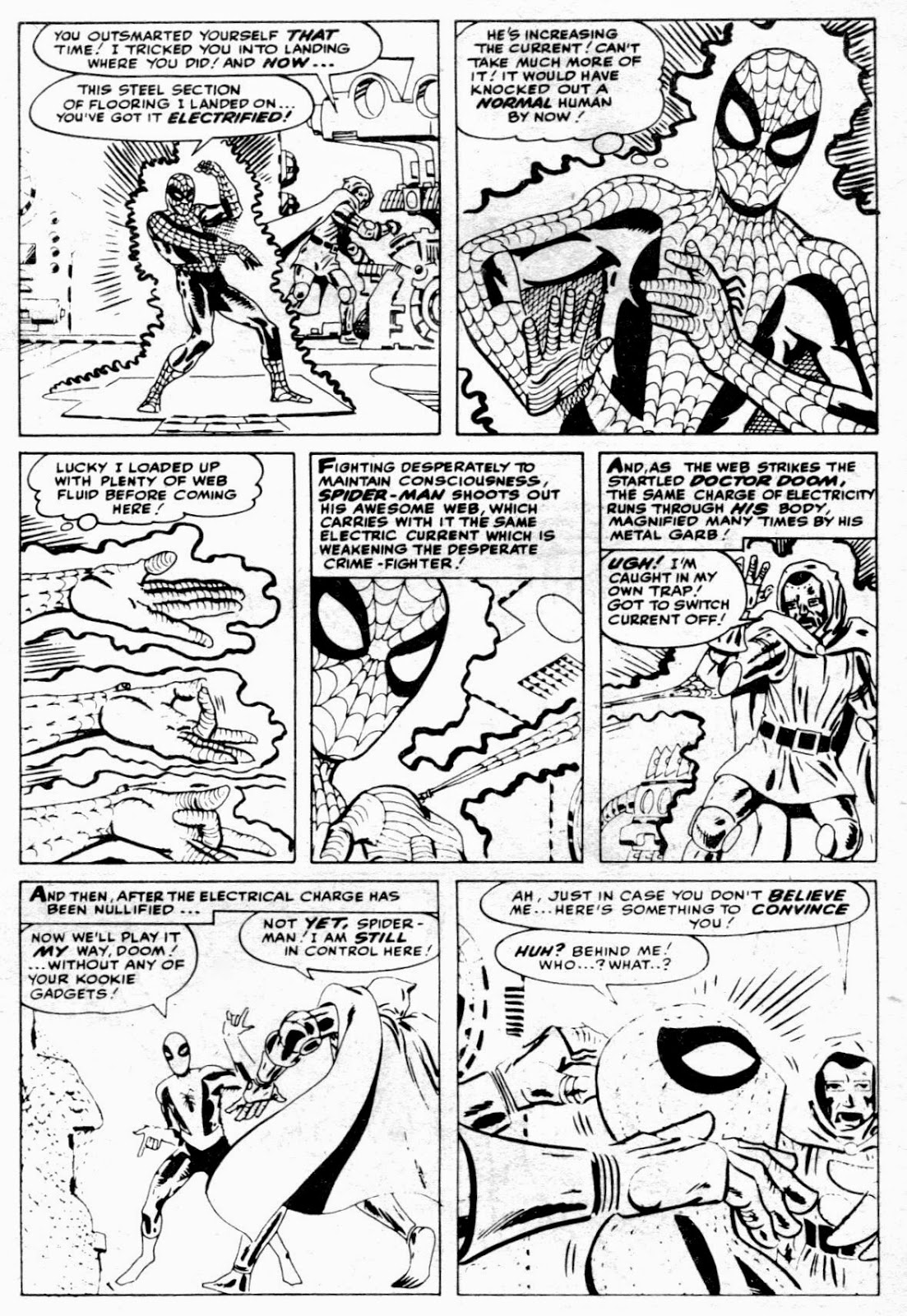 Same again with the page below.  Look at the last panel - the detail is almost non-existent and FLASH THOMSON and his admiring crowd are practically invisible. 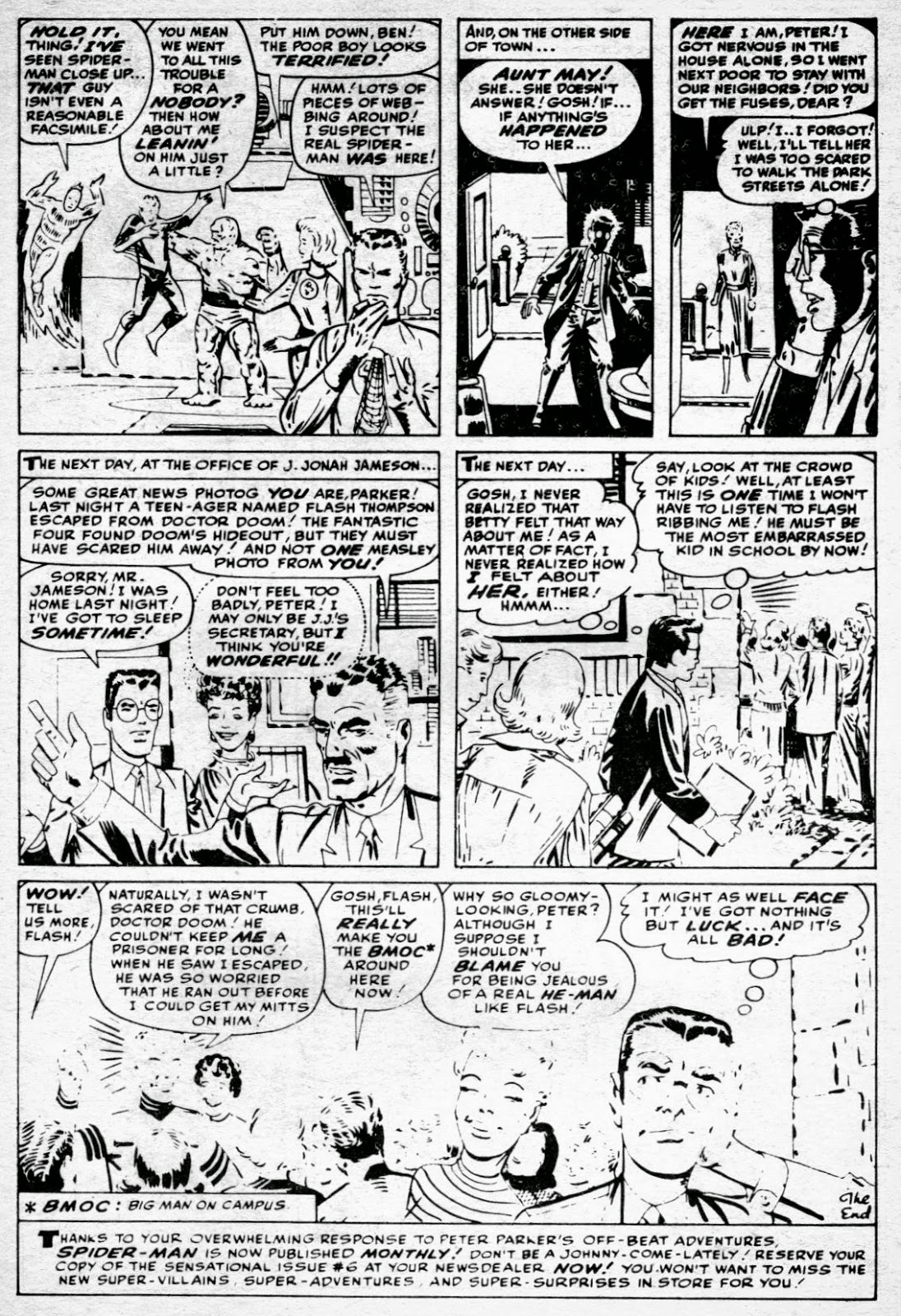 Having said that, however, these mags were great value for money for readers who wanted to catch up on the early tales of their favourite Marvel heroes without having to fork out a fortune on original issues.  As for the cover, I've actually got a DOCTOR DOOM figure that's clearly based on Ditko's interpretation of the character.  I may have shown it before a while ago, but here it is again in a pair of pics for those who haven't seen it.  Cracking, isn't it (Gromit)? 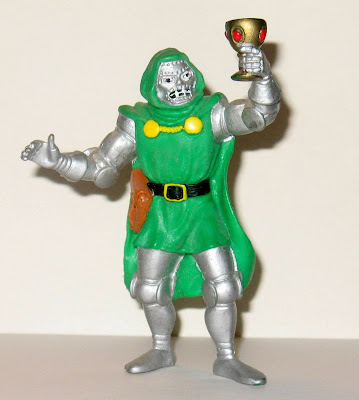 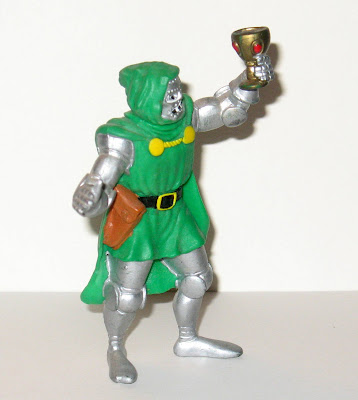 The further you go down each page , there's a gradual reduction of ink on the paper. Poor photostats perhaps?

Either poor source material or poor printing, JP. You'd expect Marvel to be using something other than a dodgy corner office photocopier 'though. Some of the pages are like that all over - and there's quite a lot of them.