STEADFAST McSTAUNCH was originally a dog in KNOCK-OUT comic in the 1950s. In 1969, BOB PAYNTER, the editor of the embryonic WHIZZER & CHIPS, asked DENIS GIFFORD to revive the character - but as a human. "Children don't like animals in comics" Denis once claimed Bob had told him as the reason for the species-change, although that doesn't explain SLIPPY or GINGER'S TUM in the same comic.

I assume Bob must've meant only that kids weren't keen on strips with animals dressed as humans, otherwise MOWSER, DESERT FOX, MOOSE, The CROWS, and a host of other strips wouldn't have graced IPC/FLEETWAY periodicals for decades.  However, let's not forget that GUS GORILLA dressed like a human and was quite popular with readers.

(And that's not counting characters like BIFFO The BEAR, KORKY The CAT, The 3 BEARS, BIG EGGO, and loads more in the best-selling D.C. THOMSON titles.)

Steadfast survived in his own strip for the first 11 issues of W&C, before becoming the host of a joke page, something I always regretted as the little jester was a firm favourite of mine. Anyway, here's the last strip from the pages of Whizzer & Chips #11, December 27th 1969. 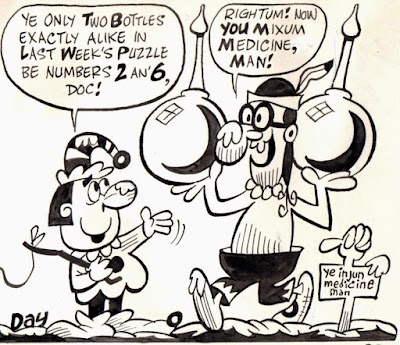 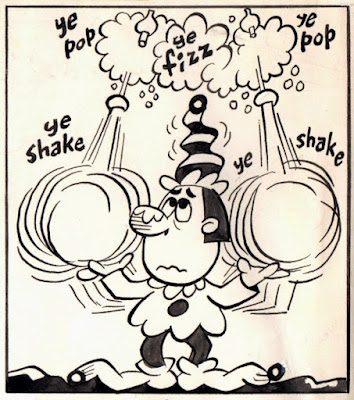 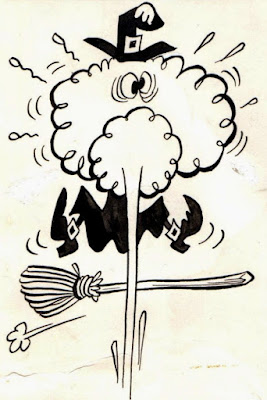 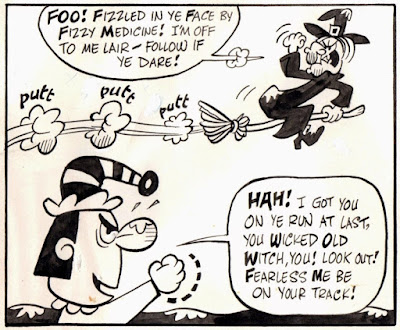 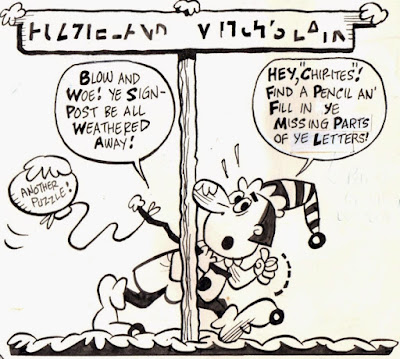 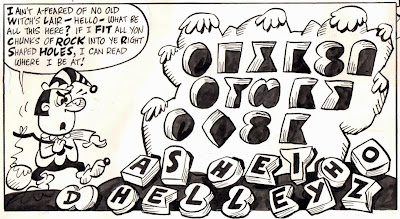 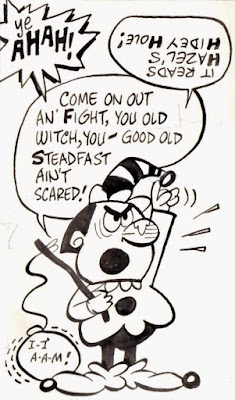 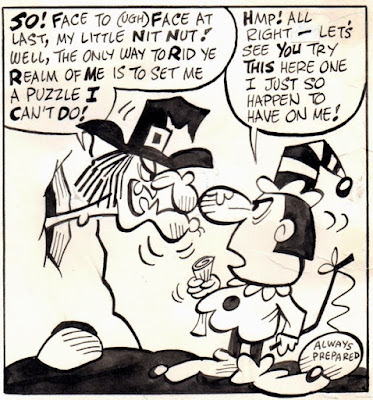 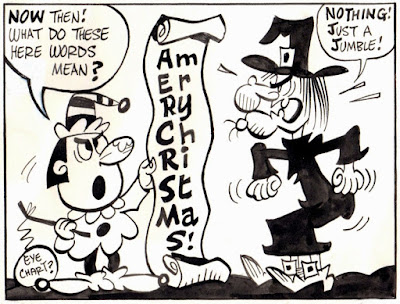 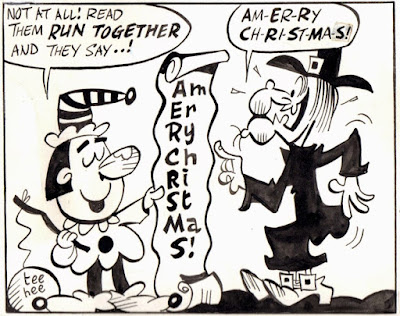 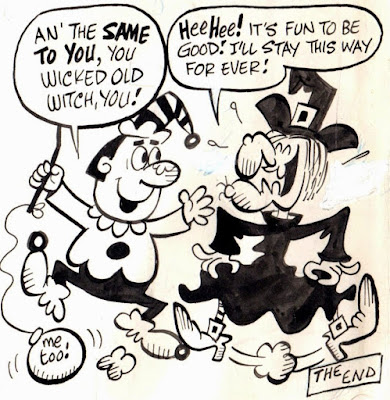 Update: Reader GEORGE SHIERS originally allowed me to use the published page from W&C #11 on his site devoted to the comic (here), but I've now replaced the strip with a scan from my own personal copy of the issue, having finally managed to track one down. 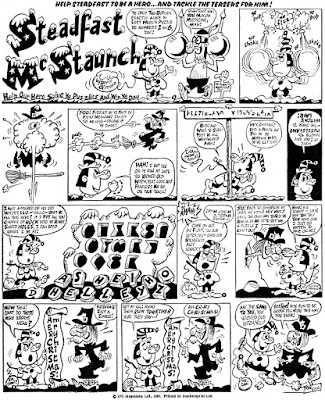 I never appreciated Denis Gifford's art style at all as a kid, in fct I disliked it - It was only when I saw some of his art in the "Ally Sloper" magazine (of the 70s) as a teenager that I took a second look, now I look out for his work at every opportunity - it reminds me in style and wackiness of Jay Wards word (Fractured Fairy Tales etc) that I watched as a kid looks even better here. For me his work looks modern and could slot into todays comics quite easily.

His style looks to have been influenced by Mad's Harvey Kurtzman, McScotty. If you look at some examples on the internet, you'll see the similarities. I think, had Denis spent just a little more time on his art, he'd be better remembered for it today, rather than just as a footnote in his career as a comics historian and collector.

Here's the published page for you to compare:

Thanks, George. I've nicked it for my blog, but you can use my pics of the original art on your blog, if you like. Fair exchange is no robbery.