THE PERRY RHODAN FILES - PART ONE...

In the mid-'80s, a departing IPC editor gifted me with various goodies which had been lying around his office for years.  One such item was a folder containing what seemed to be a 1967 pitch to British Publishers FLEETWAY (might even have been ODHAMS PRESS), to try and interest them in a science-fiction comic strip based on the character PERRY RHODAN.

Perry Rhodan is a comic strip first published in Germany in 1961.  Apart from that, I don't know too much about it, and - to be honest - it doesn't grab me enough to want to learn anything more.  Apparently there was a movie in 1967, and the folder contains black & white photographic stills from the film (I presume), as well as magazine articles, promotional material, and the first seven issues of a 1967 comic.

Although it doesn't much appeal to me (apart from the blonde), apparently it's extremely popular in several countries.  So, for all those who may be fans of the Perry whose surname isn't MASON, or anyone who may be interested, here are some of the contents from the folder I acquired in 1985/'86. 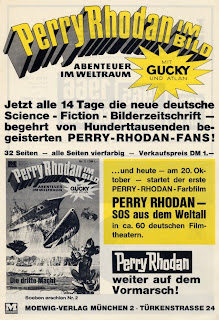 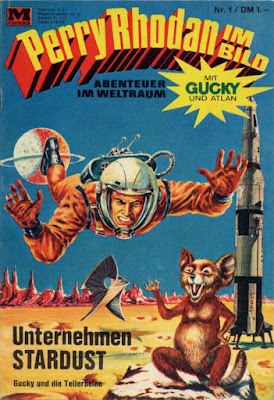 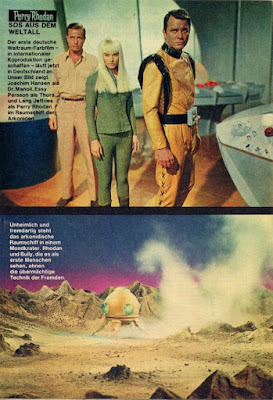 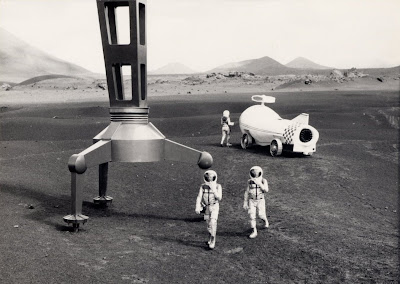 Look in again from time to time for further images from The PERRY RHODAN FILES.
Posted by Kid at Saturday, September 03, 2011

The movie was shown on American TV in the early 1970s under the title "Mission: Stardust." I think it was made in Italy or France and the style was sort of like Eurospy. Other than that, the main thing I remember is the blonde.

I can see why - who could forget her?