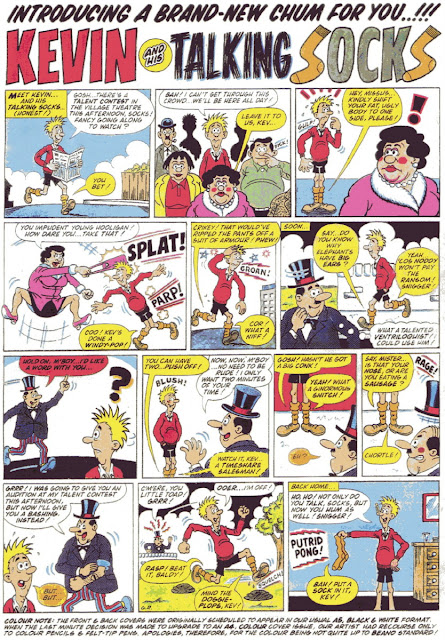 Well, it's only taken me four years to keep my word and address this issue, so I must be getting quicker.  Back in 2015, I wrote a post called 'Prodding A Troll', wherein I took to task someone who had accused me of being a, er... 'troll'.  This was from a total @rsehole whom I'd never met or interacted with, on behalf of one of his pals who seemingly wasn't interested in doing it himself.  The accuser said I'd made his friend's life a misery with my constant snarking.  Said 'constant snarking' consisted of me objecting to his pal spreading lies about me on his blog and Twitter site (and those of others) and addressing, on my own blog, his misrepresentations and outright distortions about me.  Why anyone would object to me merely defending myself against misinformation puzzles me, but there are some strange people out there.

Anyway, this post isn't about either of the two characters in the above paragraph, but rather about someone who took the opportunity to jump on the bandwagon of attacking me and thereby settling 'old scores'.  I merely refer to them in order to set the context of the following comment which was left in response to the first person's diatribe.  Here it is:

"This is typical behaviour from him.  He really does have form going back to 1995.  He drew a strip cartoon called Kevin and his Talking Socks in The Illustrated Comic Journal.  In an accompanying article the editor, Bryon Whitworth added this: Gordon would be interested in receiving your opinions of his strip - either favourable or otherwise.  When someone offered some truly constructive criticism in the next issue, Robson wrote a long howl of insulting protest in the issue after that.  His behaviour does not seem to have changed in the slightest."

I suspect that this was written by someone with the initials DM, or possibly by the author of the 'truly constructive criticism' referred to in the comment.  This was my response:

"Well, there's no polite way of saying this, but this guy's a total plonker.  His highly inaccurate account is a complete and utter pile of sh*te.  When I find my ICJs, I'll publish the actual comments and prove it.  First of all, I was the assistant editor on the mag, so it can hardly be implied that I'm a troll on the basis of my reply in a publication I worked on.  Secondly, I did not receive "truly constructive criticism" - what I received was a pompous lecture from an amateur cartoonist on how he would've done things, someone whose style was a poor imitation of strips from the'40s & '50s.  I politely thanked him for his 'advice' and explained why I'd written it the way I did.

This brought a 'howl of protest' from him, clearly miffed that I hadn't declared him a creative genius, deserving of my undying thanks for having set my dainty foot upon the  path of artistic enlightenment.  It was only then that I responded (in a humorous vein), explaining why I thought his huffy and less-than-gracious reaction was unnecessary."

Well, the good news is that I recently rediscovered my ICJ issues and can now back up what I say.  First of all, though, read and examine the comic strip which heads this post.  Certainly not in LEO BAXENDALE's or KEN REID's class, and a bit '60s in appearance, it's nevertheless a competently drawn little strip.  (Though I would think that, wouldn't I?)  What mainly lets it down is the colouring, and that's made even worse by this example being scanned from the back page of the published issue, which reproduces the colours more poorly than my original efforts.  (I anticipated this would be the case, which is why I added the footnote at the bottom of the strip.)

Okay, so we're all agreed that Kevin isn't (and never was) going to earn me the 'Cartoonist of the Year' award (if there is such a thing), but I'd hazard a guess that it's far from the worst job any of us have ever seen in a published periodical (or am I being too presumptuous?).  Is it funny though?  It's about as funny (or not) as the standard fare appearing in any IPC or DCT title at the time, so I'd say it has to be judged in that context.  I wrote an accompanying cover piece about the strip, the pertinent part of which I have reproduced below.  (Click to enlarge.  In some instances, you'll need to click again for optimum size.) 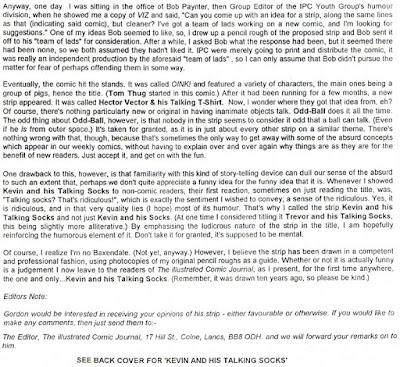 Anyway, let's see what the response to it was in the following issue of the ICJ.  Incidentally, any spelling mistakes or missing punctuation in any of these scans are not mine, but those of the editor, who retyped the material for publication. 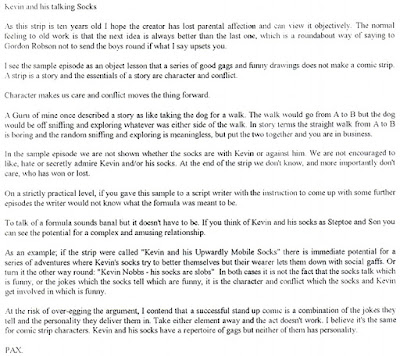 I decided to explain the reasons why I had taken the approach I did, and thought that we might get an interesting discussion going among the readers.  I really don't think it fits the description of a 'howl of insulting protest', but you can make up your own minds. 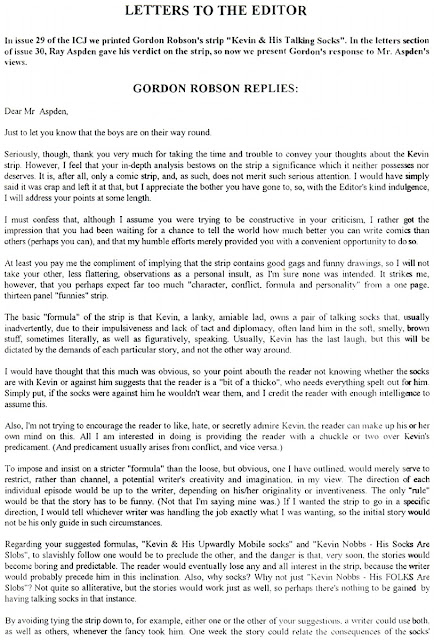 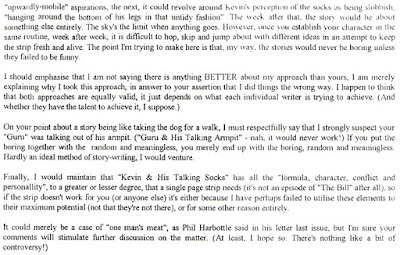 I thought that I was addressing the specific points of his letter - playing the ball, in effect, not the man - but the writer was of a different opinion.  Here is his reply in the following issue and my response to it. 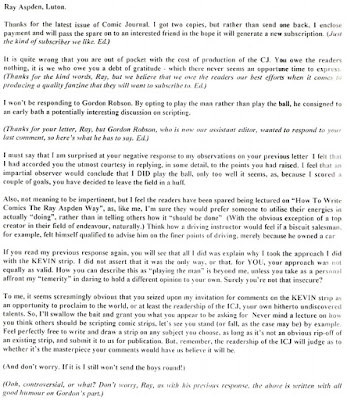 And what editor BRYON WHITWORTH says at the end there is entirely true - it was entirely good-humoured on my part and I hadn't taken offense at anything the writer had said - I merely didn't agree with it in relation to My Keven strip.  Obviously he objected to me having my own view on the matter.  Anyway, as I said, I think the description of my explanation as a 'howl of insulting protest' is far from accurate, I merely hoped to kick-start a discussion that would involve the readers and give the ICJ some much-needed content in the form of contributions from subscribers.