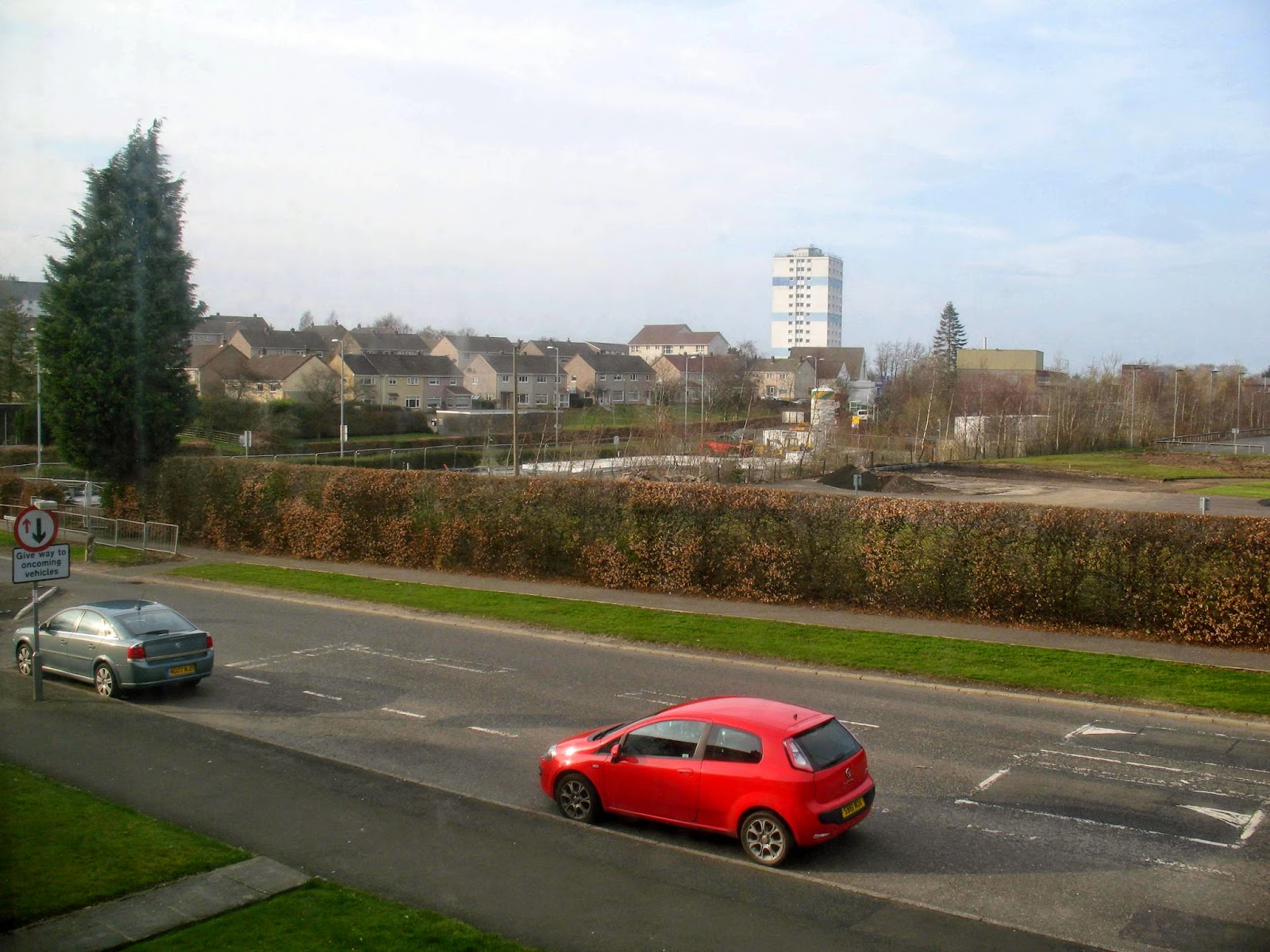 Today was a milestone for me in a strange sort of way.  I'd been jaunting (not like The TOMORROW PEOPLE*, before you ask) around my home town, photo-graphing three nascent building sites in areas connected to my childhood - before they change beyond all recognition.

One was just across the road from where I resided in 1964/'65, and, on a whim, I chapped the door of my old house. I explained to the fella who answered that I'd once lived there, and asked if he'd do me a favour by taking a photo or two of the view from my old bedroom window.  He invited me in to take them myself, and that's how I found myself in the home I'd once inhabited, for the first time in 50 years.

This was the house I was staying in when TV CENTURY 21 first came out, and got my second MARX TOYS YOGI BEAR on a scooter for my 6th or 7th birthday.  I think I may have got my Marx YOGI & HUCK ramp walker in this house also - though it could've been the previous one.  Having now been back in this former resi-dence, all my associated memories seem much more vivid and not quite so long ago.

I think I'll dig out some TV21s later and re-read them, occasionally glancing at the photos you're now looking at, and - well - just remember how things used to be. 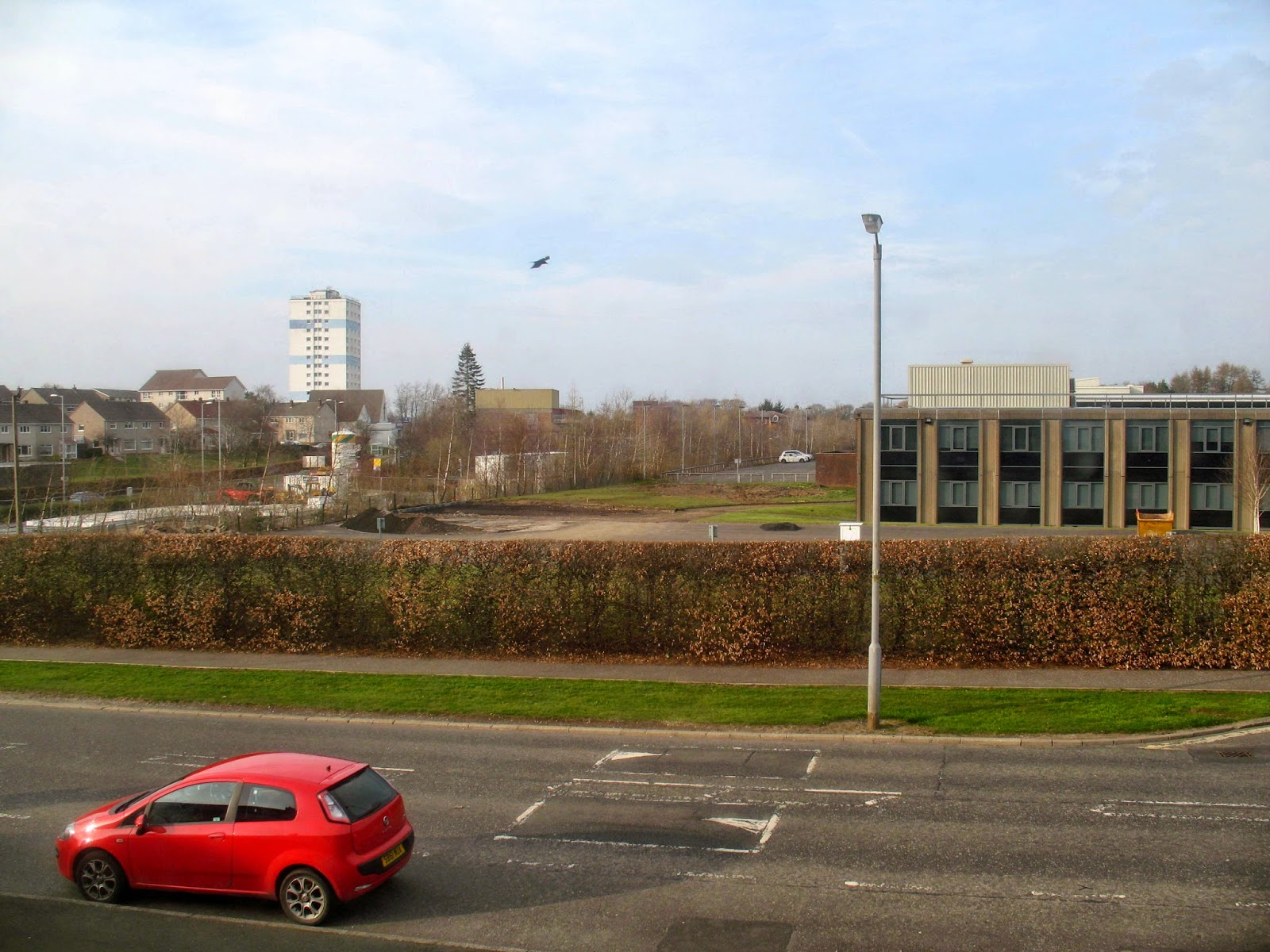 That was nice of the owner. It must have fealt weird to be in there again. I always used to read my TV21s lying on my belly on the bedroom floor, with it spread out, as it was so big.

I remember reading mine on the living-room floor that way, JP. Yes, it was weird, but in a good way. It had been the only house in the town I'd never been back inside (before today) since moving out.

Be honest though, Kid - you were secretly hoping you'd be invited in when you knocked on the door. If the man had agreed to take the photos himself you'd have been disappointed, no ? I would have been.

I think if I'd gone there with the intention of getting photos from inside the house, I may well have been disappointed if I hadn't taken them myself. However, I did it on such a sudden whim, I don't think I even had time to think about it, CJ. Afterwards 'though, I was definitely glad he'd asked me in to take them myself. In fact, I wish I'd got more now, going up in the other direction.

I wonder what my old house is like now. I guess I could just look on google but it's not the same is it.

Nah - but it's better than nothing, Phil. (I suppose.)

I looked our old house up and was horrified by all the home improvements that had been made to the front,side and front garden/drive. ALL of my Dad's hard work - gone! That wasn't our old house!

Yeah, it's always hard to see little touches of one's time in a house wiped away as if you'd never lived there. The house we moved to after this one stayed the same for about 20 years after we eventually flitted from it. The garden looked pretty much the same as it had when we'd lived there - almost as if my father had tended it only the day before. You can see pictures of it in the post called 'A True Account of Time Travel'.