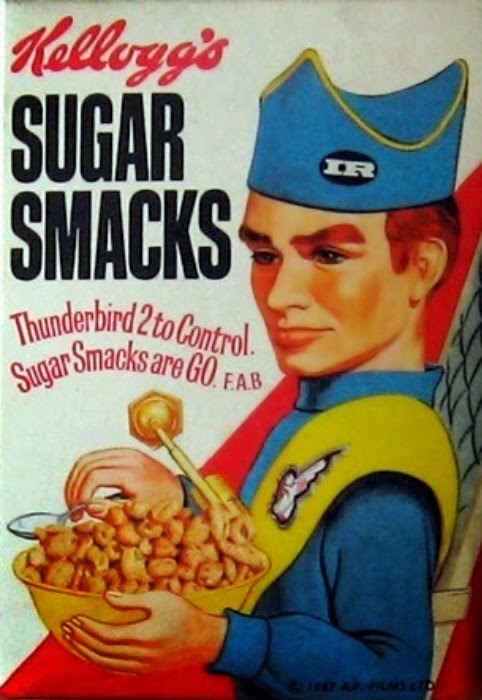 Remember the great little THUNDERBIRDS craft that cereal company KELLOGG'S gave away in packets of SUGAR SMACKS back in 1967?  I used to have all four and thought they were absolutely superb.  Would love to own them again, so I suppose I'd better get back on to ebay.  Maybe I might strike it lucky. 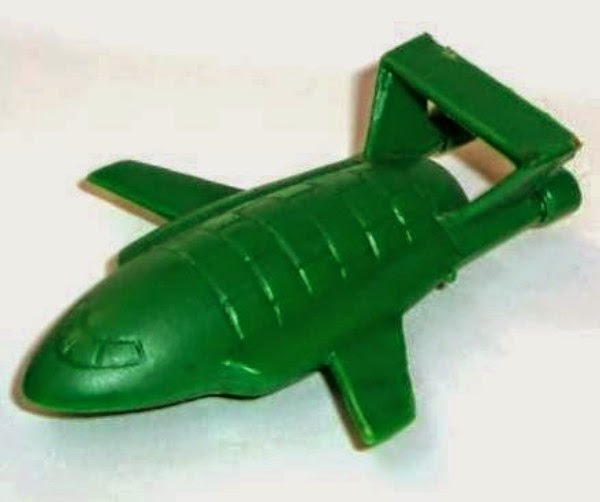 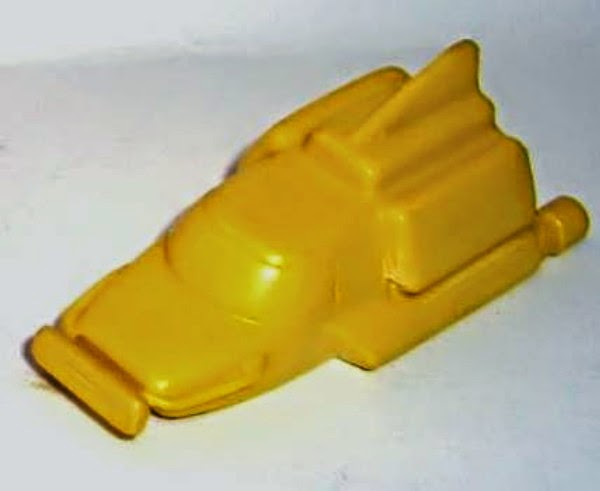 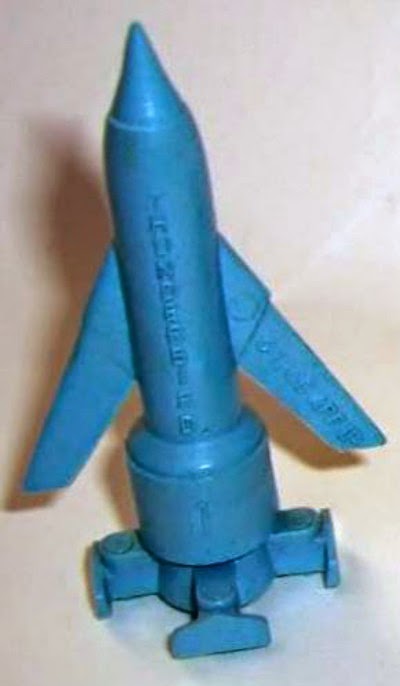 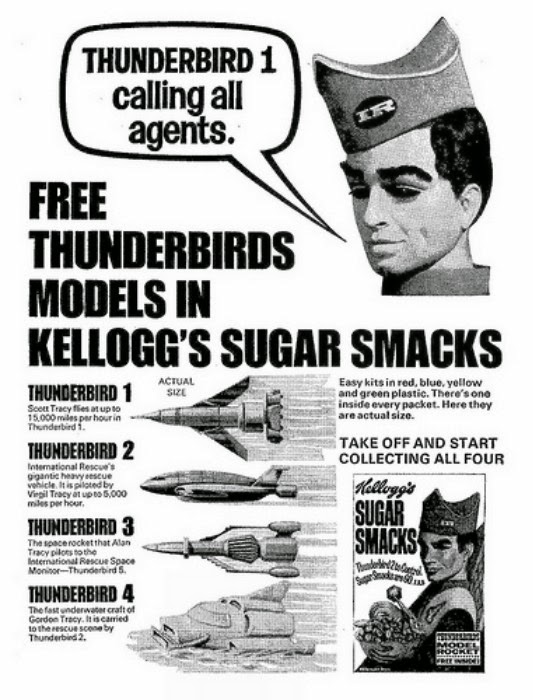 I had completely forgotten all about these, till you just reminded me!

And don't forget your 3 0'clock appointment this afternoon.

That'll be my "Stamp Out Sexism On The Internet!" meeting, right?

I would sprinkle sugar on my Sugar Smacks and Sugar Puffs even though they had sugar on them already (as my father would always remind me) but nowadays I never use sugar at all. My mother developed diabetes in about 1977 and switched to saccharin tablets for her tea and I followed. I've used saccharins in my tea and coffee for so long now that I could never go back to sugar.

Do you sprinkle sweetener over your Sugar Puffs, CJ? (Sugar Smacks having been renamed some years ago before disappearing altogether - apart from certain discount shops, I'm told.)

A lot of cereal probably went uneaten, got stale, and got thrown out, because of all the boxes that got bought just for the cool toys.

Betcha that's true, TC. I did it myself.

Happy memories of sticking my arm elbow deep into the box to retrieve my TB or Capt Scarlet badge. Worth all the cavities and trips to the basement of torture that was the dentist in the 1960s!

Yeah, and withdrawing your arm with Sugar Smacks stuck to your sleeve. Happy days.

No, I don't do that Kid - my saccharins are little tablets. By the way, when you do the next Captain Britain post will you include the Christmassy back cover - the one with CB in the middle surrounded by various other Marvel characters.

Ooh, a little devil on my shoulder is telling me not to, CJ, just to be rotten, but I'll try and fight it.