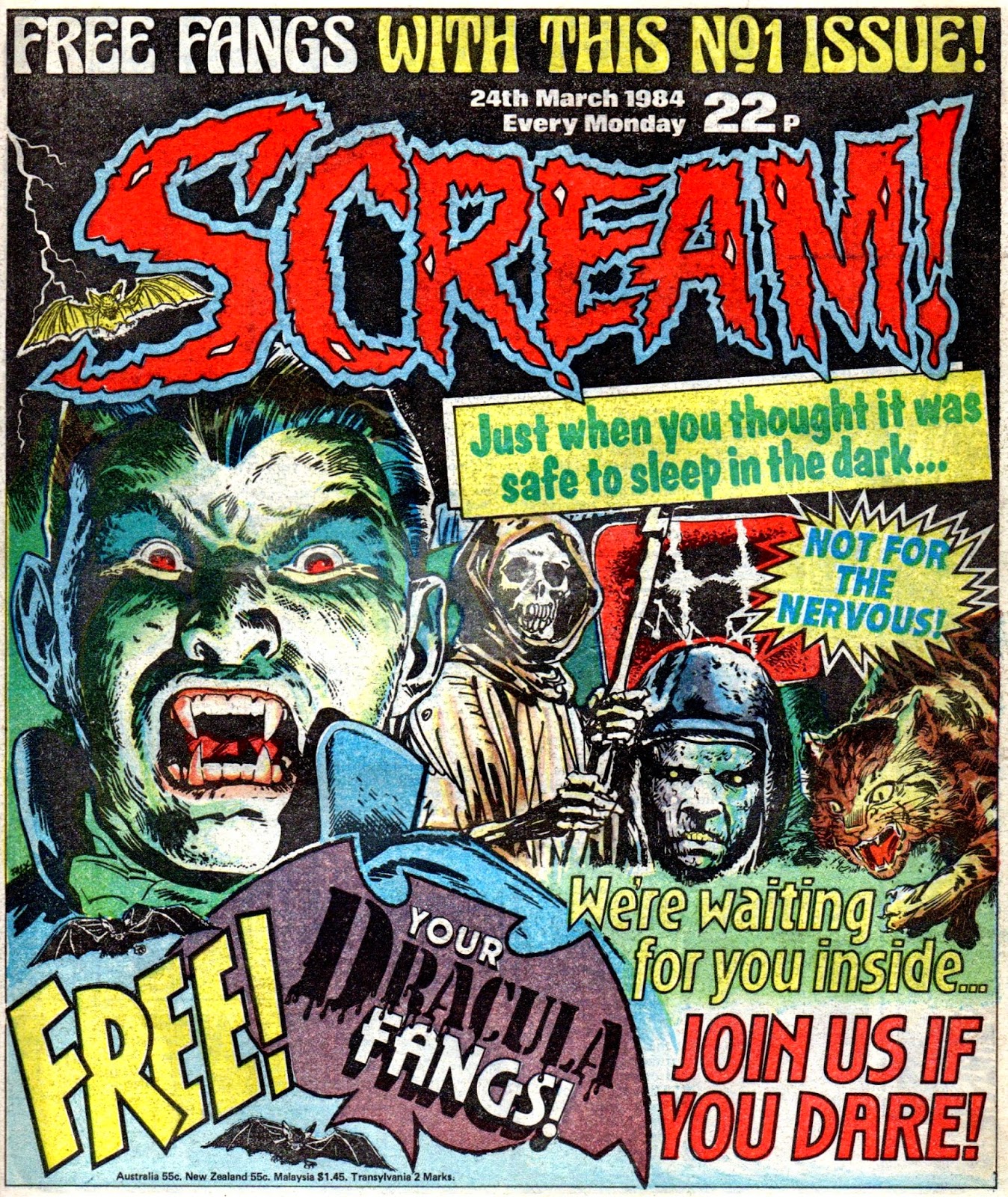 The first issue of SCREAM! hit newsagents' shelves in
Britain on Saturday, March 17th (dated 24th) 1984.  Hard for
me to believe that was over 30 years ago, but then, when I think
how my home town has changed in that period, it seems like a life-
time away.  However, you're not here to read about that, I'm sure.
Contrary to popular misconception, Scream! was discontinued after
a mere 15 issues because of an industrial strike by printers, and not
because of complaints from concerned parents about the alleged
'horrific' content.  The name was later added to the masthead of
EAGLE weekly and there were 5 Summer Specials to con-
tinue the legend of one of Britain's shortest-lived and
best-remembered comics.

Here, then, is the first part of a gallery of Scream!
covers for you to salivate and swoon over.  Enjoy!

(Incidentally, the six back pages combine into one large
poster.  Why not print them out and put them together?) 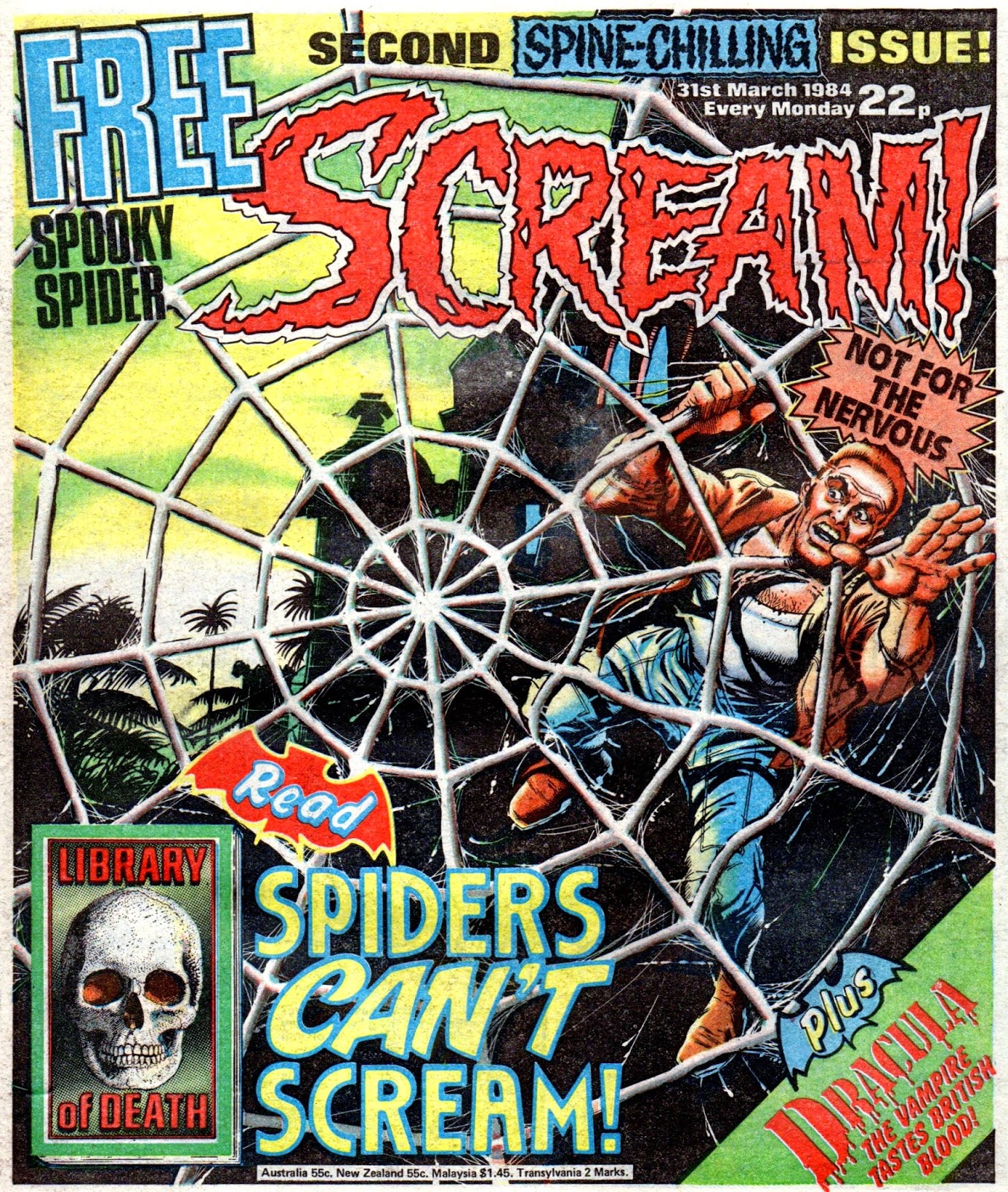 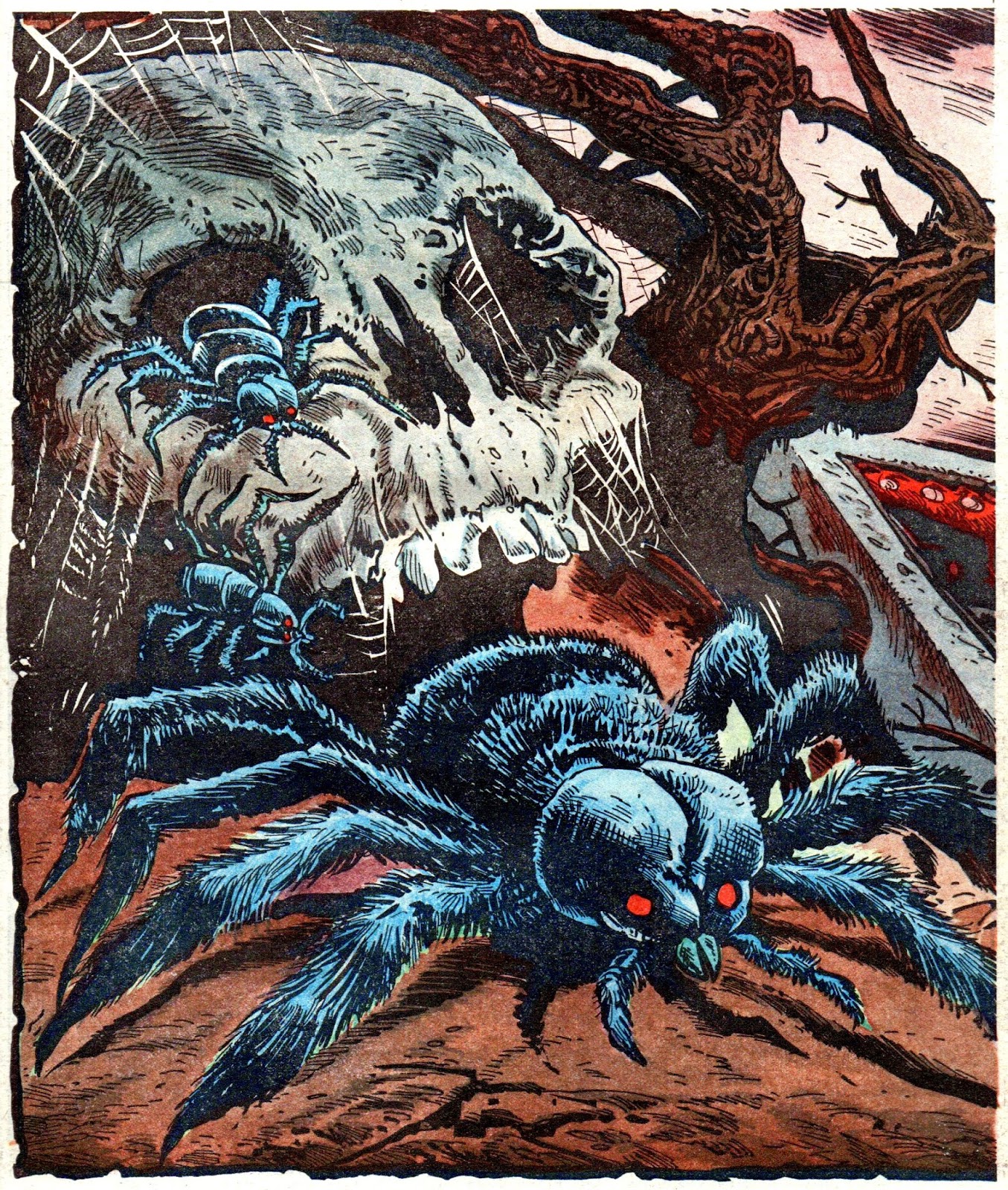 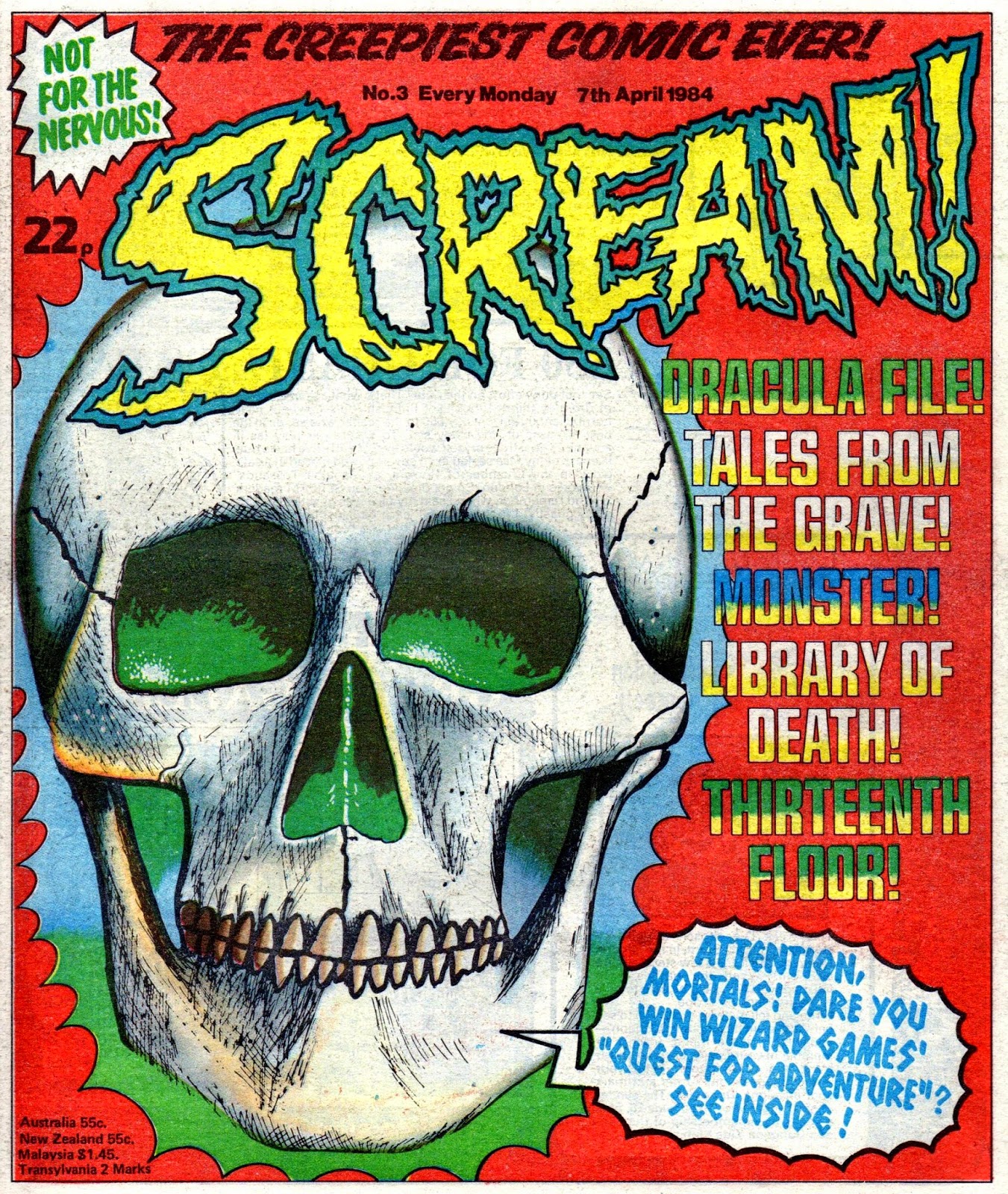 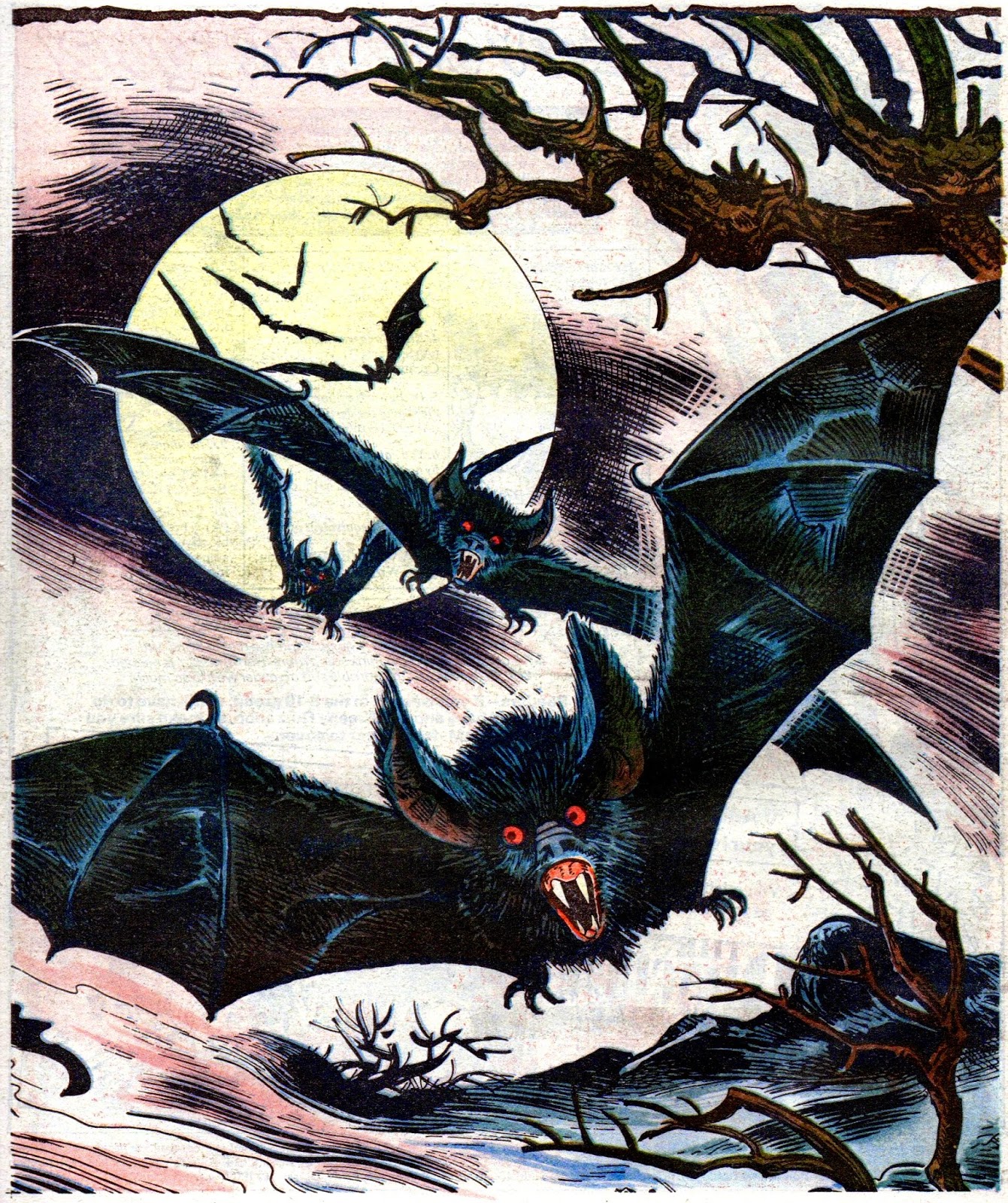 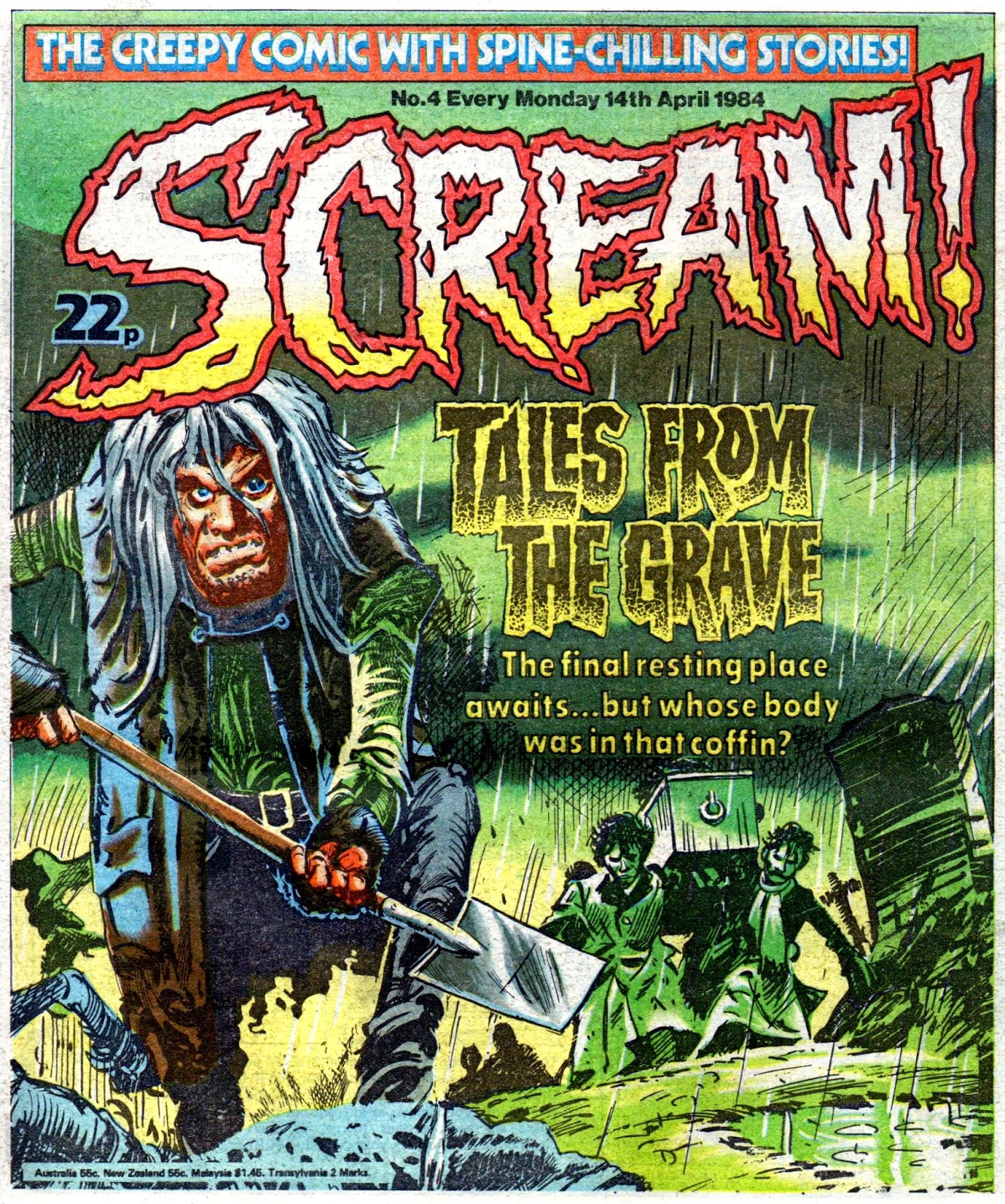 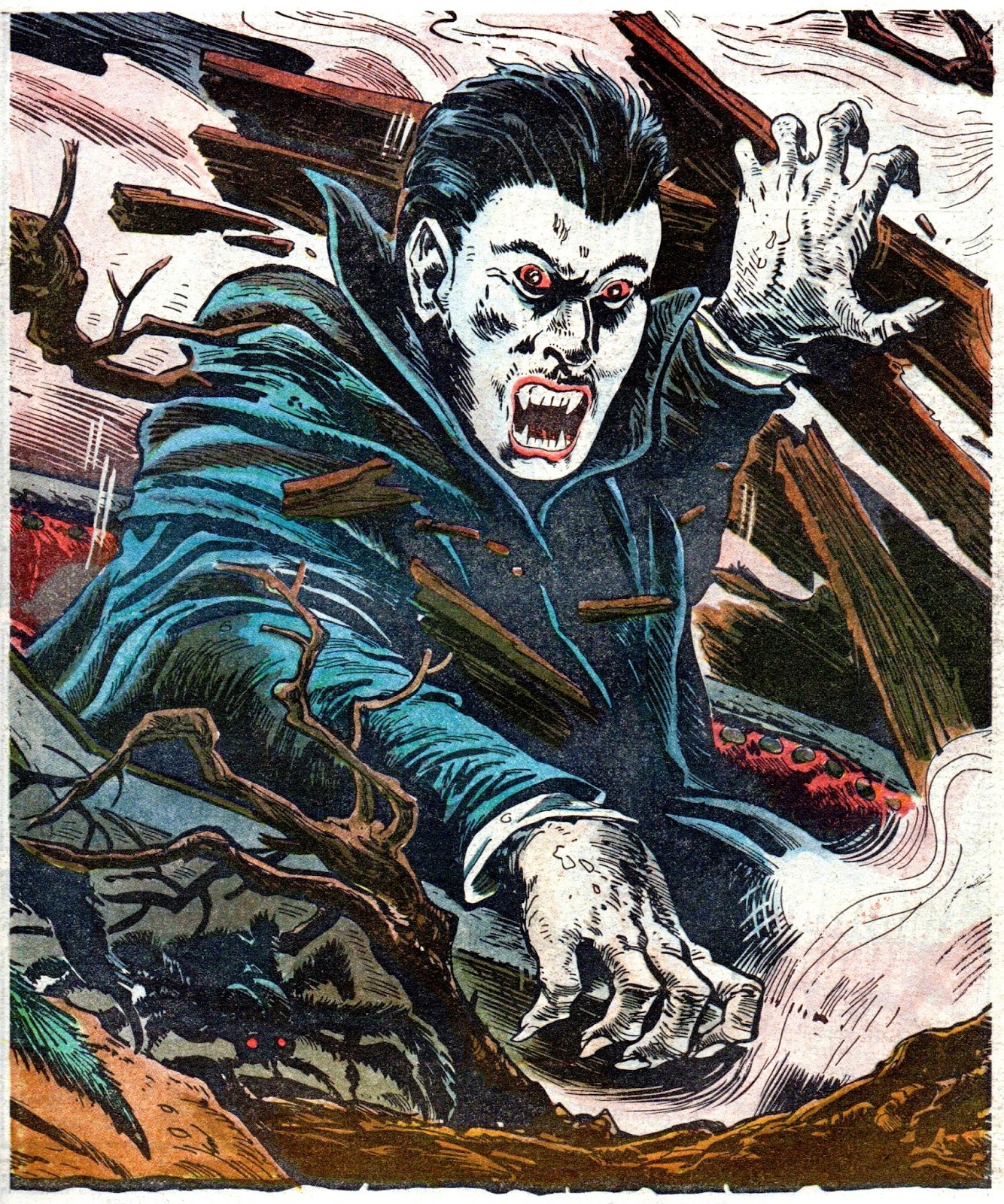 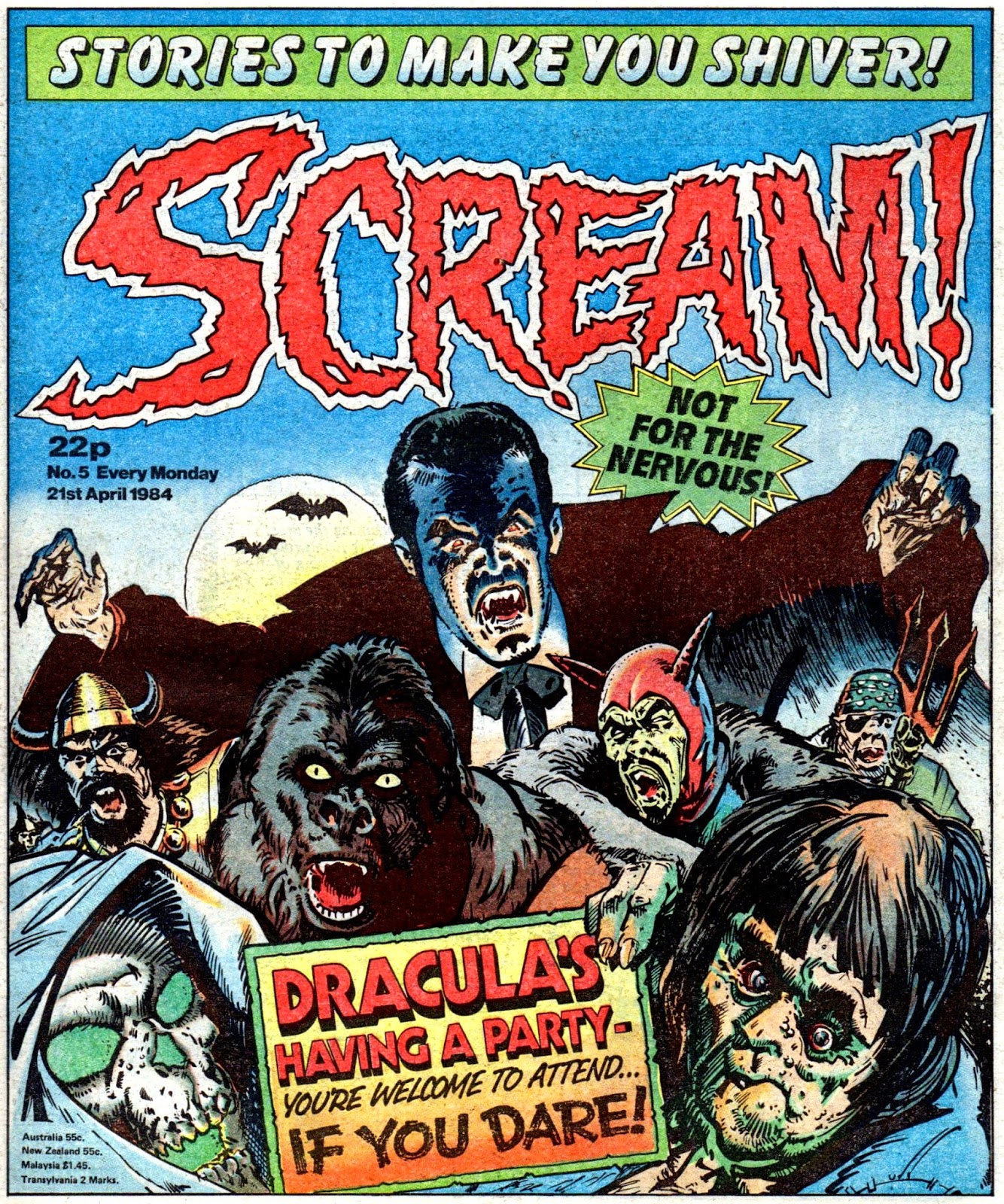 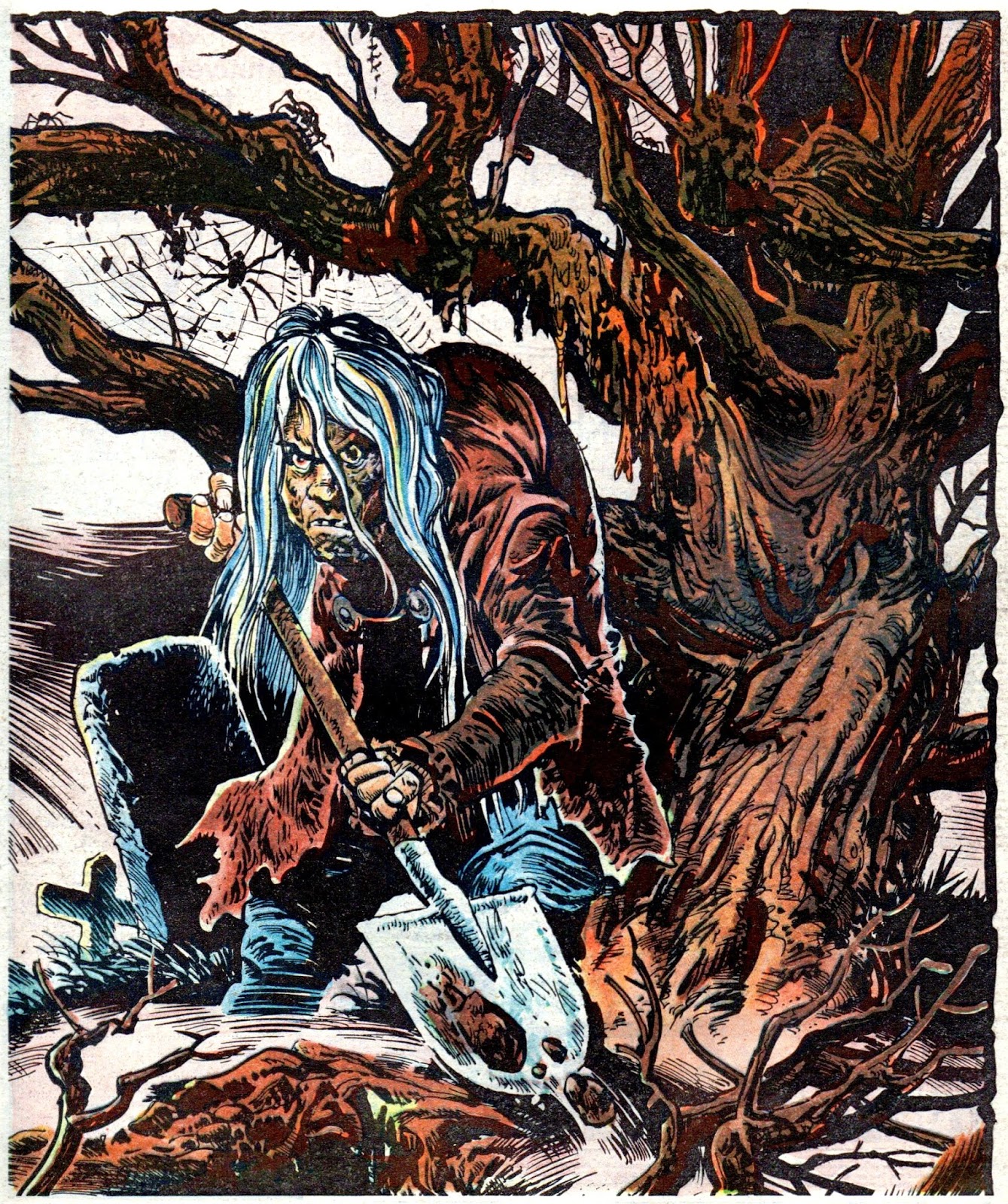 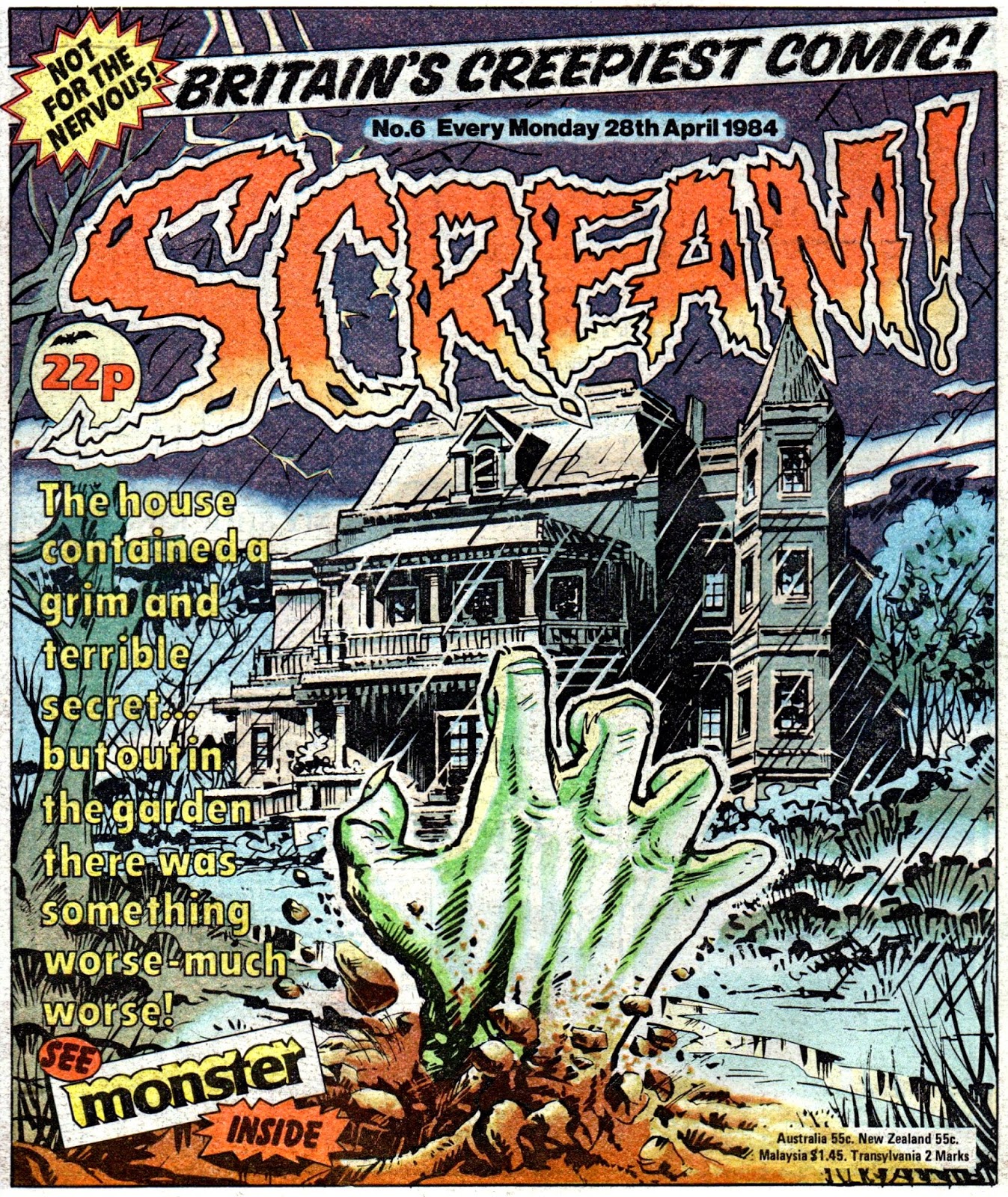 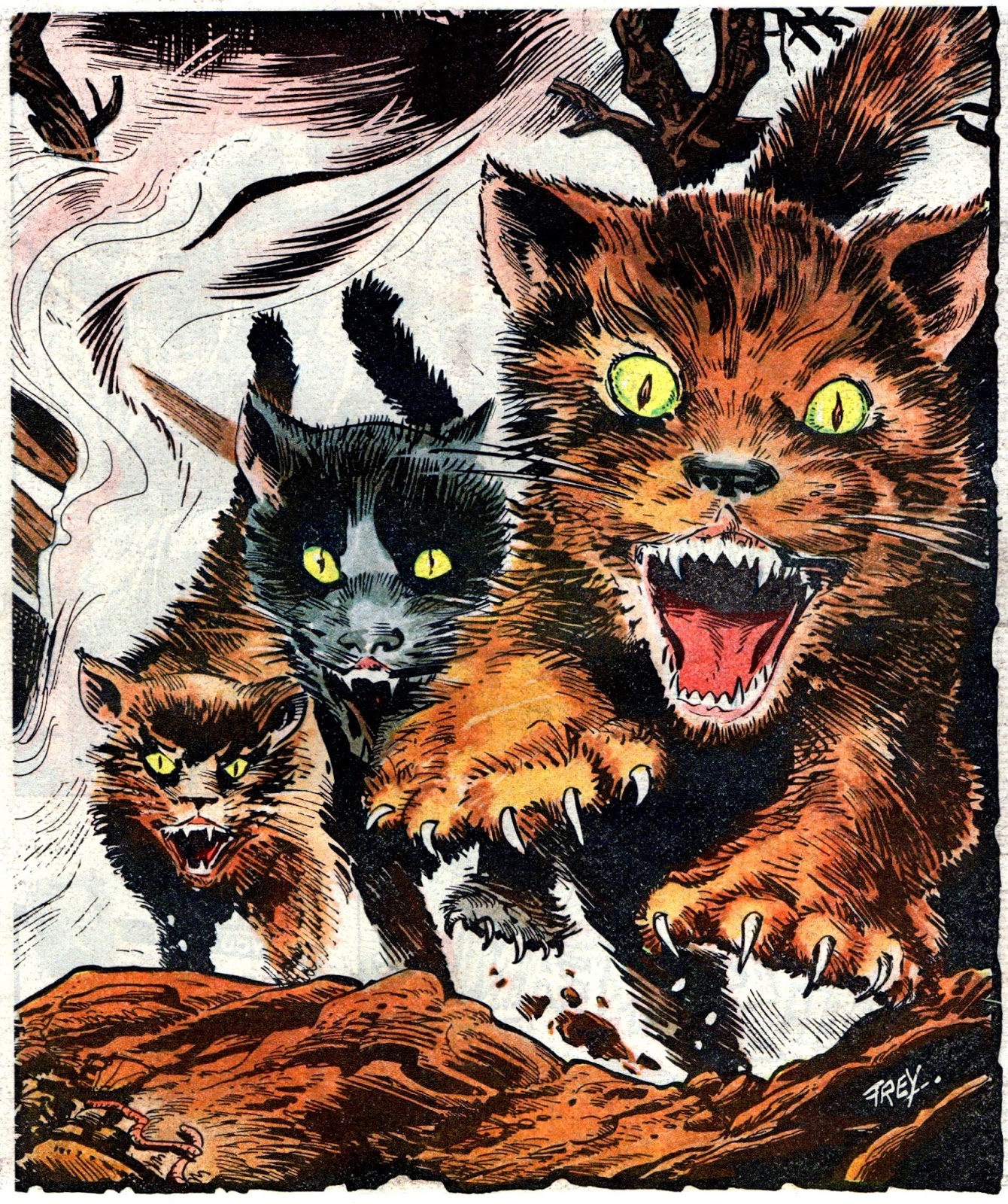 Brilliant gallery. I remember #1 well, with the free fangs! I bought several copies of it! I saw this as the horror version of 2000 ad ( and Battle as the war version ). All 3 were on the same pulp paper and I collected all 3. And the new Eagle as well. We were certainly spoilt for choice in the 80's!
I'm hoping that you also have the specials as well, as I think I only had one or two of them?

I should have all the Specials, JP, so they'll be going up as well. I also used to get the new Eagle, which was far better once they ditched the photo-stories.

And thanks for appreciating them, AJ.