Back in December of 1970, the first and only Christmas number of THUNDER went on sale.  Although the cover is devoted to a Christmas theme, the effect is somewhat lacklustre due to the absence of the traditional snow-bedecked masthead that usually graced comics at this time of year.  The Thunder logo is actually well done, but it was never utilised properly in early issues - often being too small in relation to the rest of the cover to make its presence felt in the way that it should have.  In this particular cover's case, it would've benefitted hugely from the application of some snow.  Just what was the editor thinking? 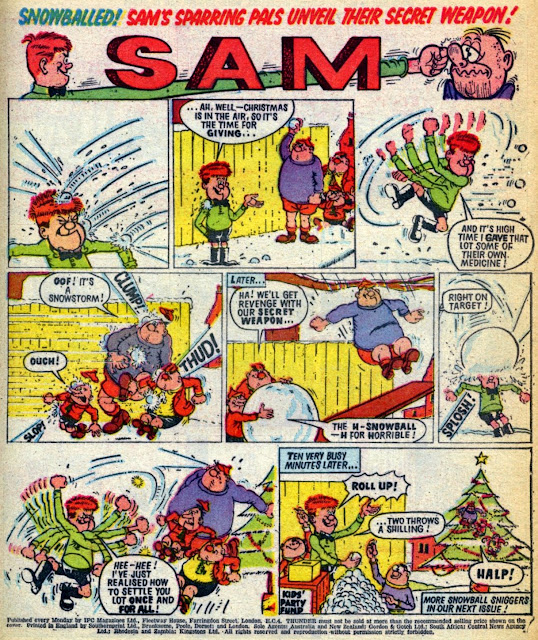 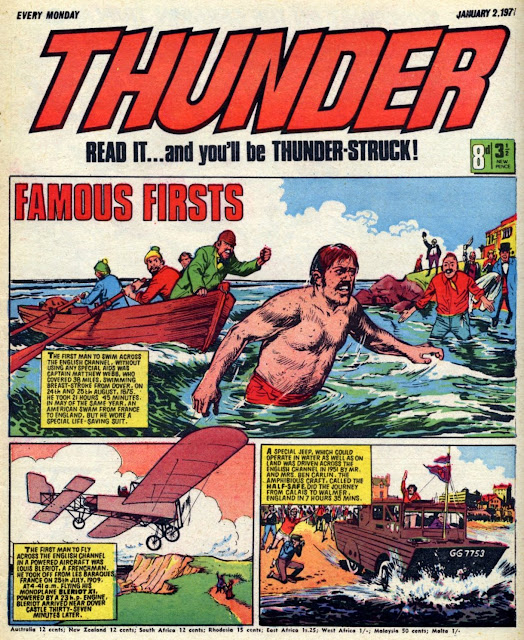 As comics usually went on sale a week before the cover date to give them a full seven days' shelf life, this one would seem to have appeared on Boxing Day.  Unlikely, I know - so no doubt it came out a little earlier than usual.  The same must apply to the subsequent issue, as I can't see it having come out on Ne'erday - especially not up in Scotland, where most folks would still be recuperating from the day before.  (Nothing like a bit of stereotyping, eh?  Does that make me a racist - even though I'm Scottish?)  Again, one would think the cover would sport a Seasonal theme, but not a hint of it.  It makes me wonder if Thunder was rush-released to compete with a new D.C. THOMSON title, hence it sometimes seeming to be a bit 'makeshift'.  Had IPC perhaps been caught on the hop? 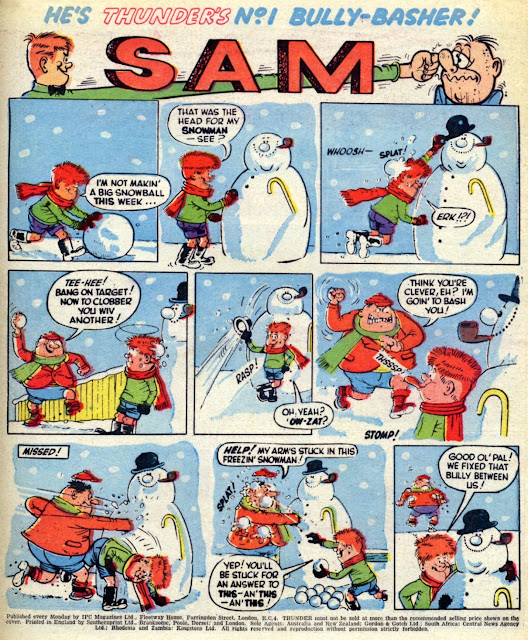 And here's Biff/Sam again, although he could also be closely related to DANNY DARE, another Baxendale strip from Wham!  When Bax moved to ODHAMS PRESS from DCT, apparently his page rate was doubled.  As the above page has only about half the number of panels as a typical BEANO or DANDY page from the same period, that amounts to his earnings being quadrupled in real terms.  Lucky Bax - if only Wham! had lasted longer.