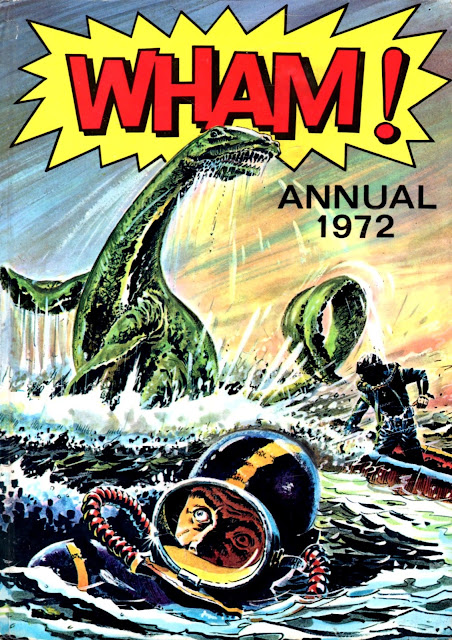 Weekly comic WHAM! had barely managed to drag itself across the doorstep of January '68 before suffering the inglorious fate of being merged with younger stablemate POW!  At that time, Wham! was one of my favourite comics (alongside sister publication FANTASTIC), so I was none too pleased to see it relegated to the position of support act for another pulsating POWER PACK periodical. 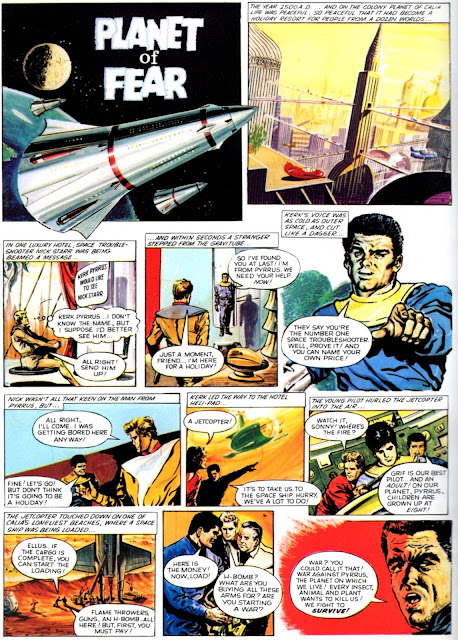 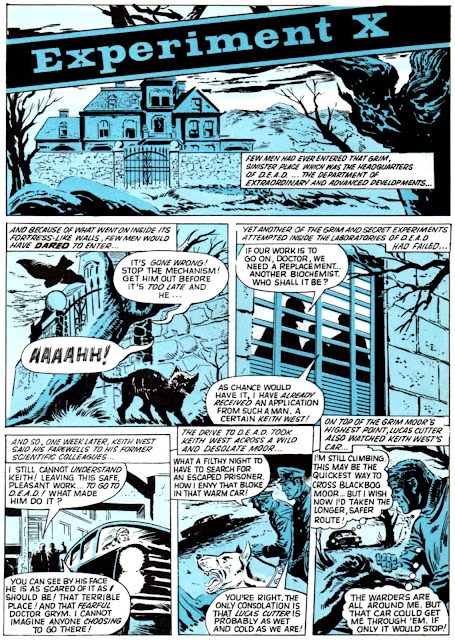 Whereas the six Odhams Annuals had contained mostly humour strips, the Fleetway version was mainly an adventure book, and readers buying it because of warm memories of the weekly (or earlier Annuals) must have been bewildered by the unfamiliar content.  Where were The TIDDLERS, FRANKIE STEIN, or the HUMBUGS?  Just where was PEST Of The WEST?  Gone South by the look of it - along with FOOTSIE The CLOWN, GLUGG and SAMMY SHRINK. 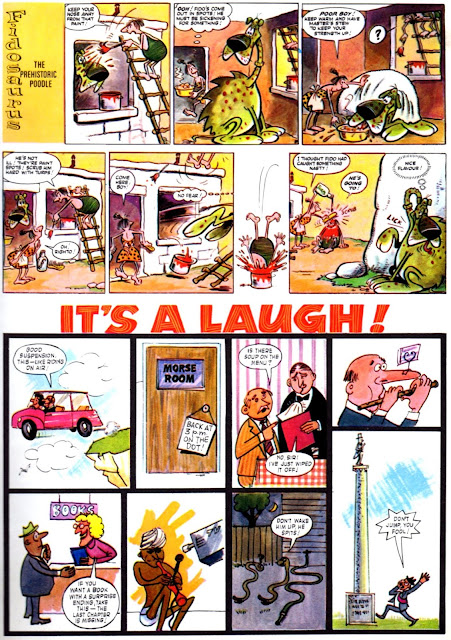 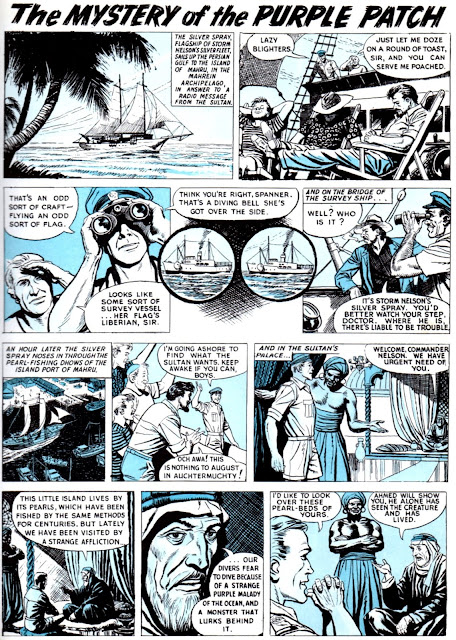 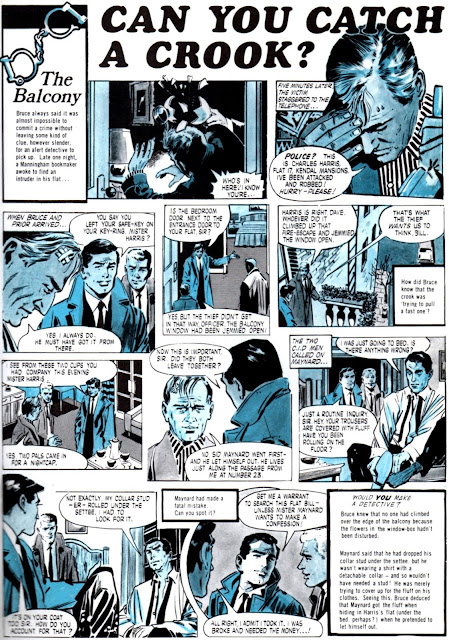 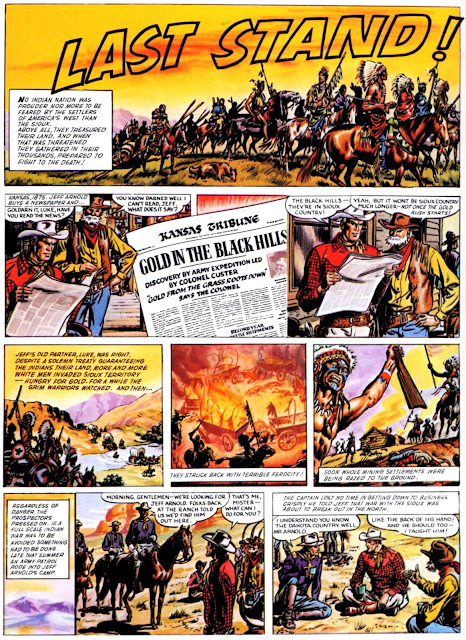 It's similar to archeaologists believing that two creatures were separated by an immense period of time, only to discover fossils of them in the same strata of rock and realizing that they both co-existed (even though one of them was just about to become extinct).

However, that's enough fanciful nonsense from me - enjoy the accompanying images.
Posted by Kid at Friday, June 28, 2013