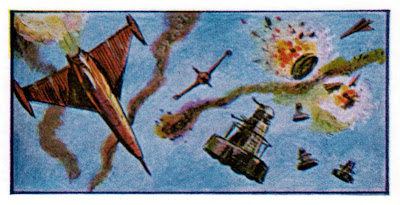 As you should all know by now, these DALEKS sweet cigarette
cards were issued by a confectionery company called CADET back
in the mid-'60s and are considered to be highly collectable.  Once upon
a time they could command around £150-£175 for a complete set, but
recently two sets were sold on eBay for £46 and £56 respectively.
An empty packet for the cigarettes, however, fetched £90.88,
which is a lot of dosh for two small pieces of cardboard.

RICHARD JENNINGS, who drew strips for the '60s Daleks
Annuals and TV CENTURY 21, is believed to have been the artist
responsible for the illustrations on the cards, although some sources
think there were two.  However, the name of the second one appears
to be unknown.  (At least, I haven't been able to find it.)  If you can
supply further details, please feel free to contribute.

Look out for a further five cards soon. 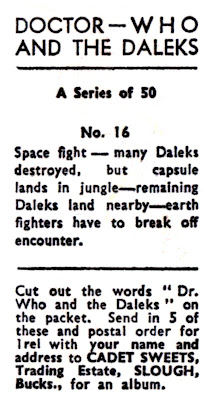 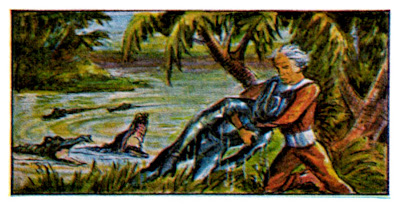 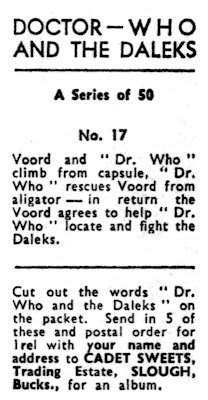 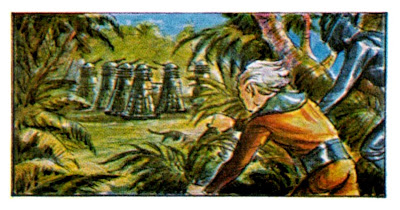 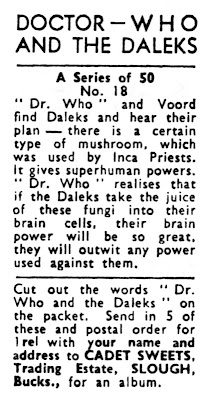 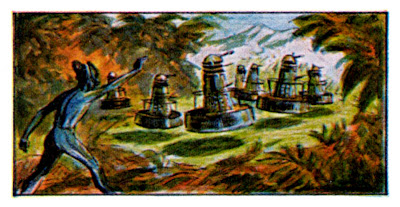 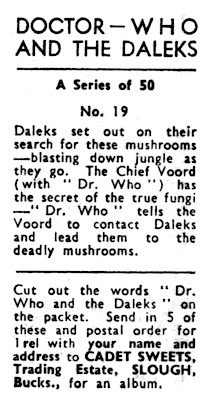 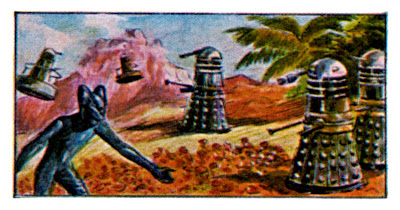 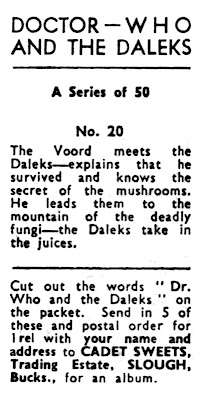 Bet you knew I'd have something to say! - what I was wondering, after they're all finished, have you also got the Wall's ice lolly cards? ( I only ever had one of these ) J ( never-satisfied ) P! - It's your fault, - you always " leave 'em wanting more! "

Just had a thought - if the Daleks are still after magic mushrooms they should get along to Glastonbury this weekend! I can just see them with flowers around their domes!!

It would be pretty cool if Panini or IDW did a new story with this alternate version of the good Doctor.

JP - I'll see what I can do. As for Glastonbury, I'm sure they'll be there. The Daleks are a bunch of fun guys. (Dreadful near-pun.)

PC, it would certainly be interesting.