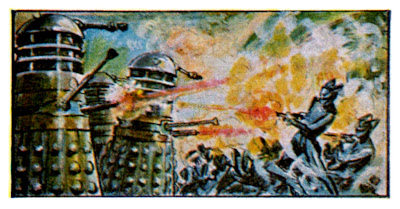 Well, let's not waste a second with inane chit-chat from me,
but instead get straight to the pretty pictures featuring the friendly,
loveable rascals from the planet SKARO - The DALEKS.  They
might have a bad rep, but they're simply misunderstood metal-clad
mutants who want to take over the universe.  How could anyone
in their right mind possibly object to that?

These cards were produced by a confectionary company called
CADET way back around the mid-'60s, and included with packets
of sweet cigarettes - and that's all you really need to know. 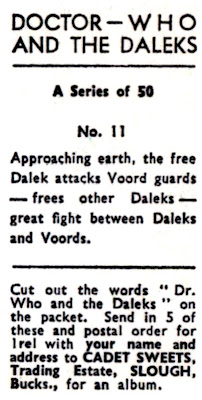 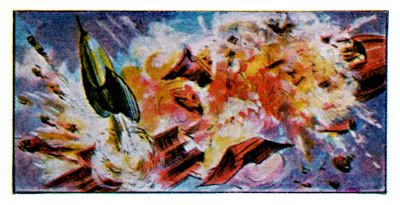 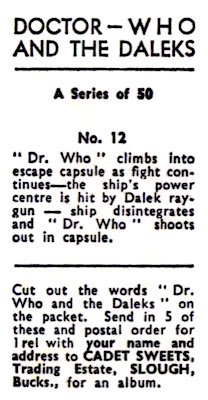 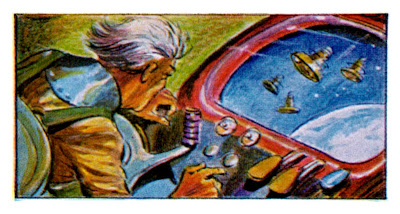 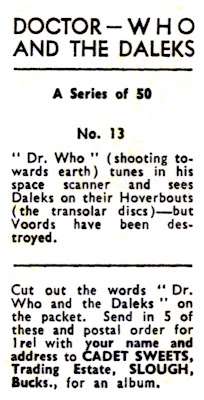 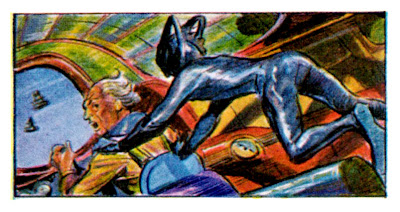 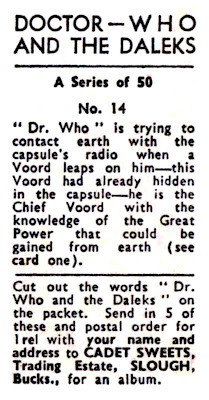 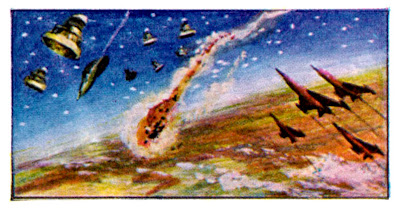 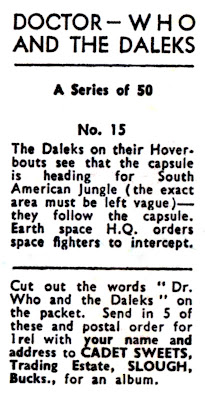 Incidentally, a little-known fact about the Voords is that their ultimate mission was to breed with the human race and produce a highly intelligent hybrid with computer-like intelligence. Rumour has it that one female such Voord/Man ( or Voord-a-man ) actually exists!!

Nope, don't have that, unfortunately.

As for the Voord/Man - actually exists in Dr Who's world - or in ours? (Why am I even asking?)

I have heard that the creature somehow materialised in our dimension in the 80's in the middle of a countdown? Which is a bit of a conundrum. Since then there have been numerous other sightings all over the place.

'Send a postal order for 1 rel'.
How much is that then?

One shilling in monetary terms - although (to confuse matters) a 'rel' is also supposed to be a second in Dalek time.