The Mighty World Of Marvel Annual 1977 was significant in that, although it was the fifth in the series, it was the first to have the full name of the weekly comic it represented on the cover and spine.  The first four Annuals were simply called 'Marvel Annual' (though 3 sported the full title on the contents page, as did 5, 6, & 7, but not 4), so it was good to see the connection with the comic more prominently acknowledged.

Strangely, I find myself unable to recall whether or not I actually had this book at the time - despite the cover seeming familiar to me - but I've got it now as it arrived at Castel Crivens this morning.  Originally, it would've gone on sale around August/September of 1976 (at which time I was working in the warehouse of my local Boots The Chemists) so I feel like I've returned 45 years into the past - even if only in my mind.

There are four pages of pin-ups at the expense of one of the strips being abridged, which strikes me as an odd thing to do as I'd rather have had the full story, but it's a nice little Annual despite that and I'm glad to finally have it in my collection (if I didn't back in 1976/'77).  As far as I know, there were only two more in the series (for '78/'79), making a total of seven Annuals in all.  I've yet to complete the set, but once I do, prepare yourself for a cover gallery of all seven.

Any thoughts, memories, or observations, faithful Crivvies?  Did you have this book when you were a lot younger than you are now, and what do you think of the cover by Ron Wilson and Mike Esposito?  Let rip in the comments section. 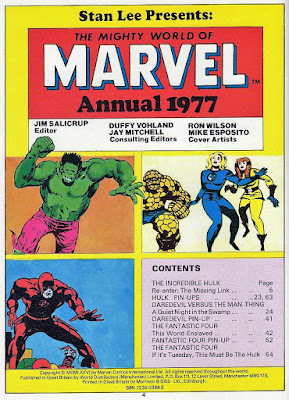 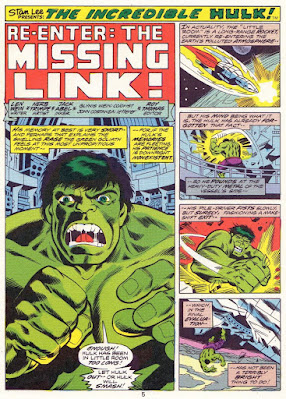 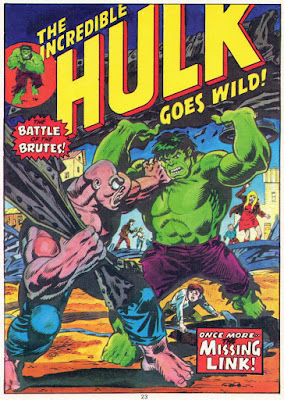 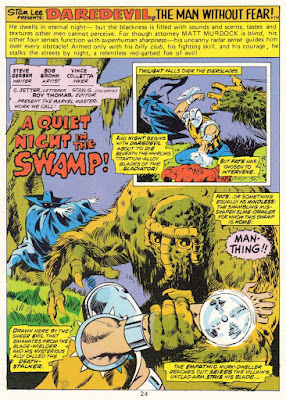 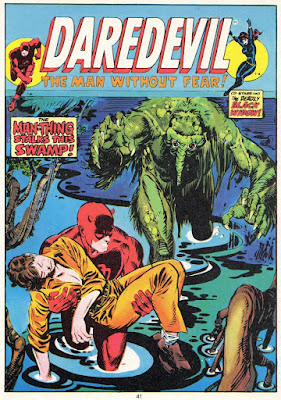 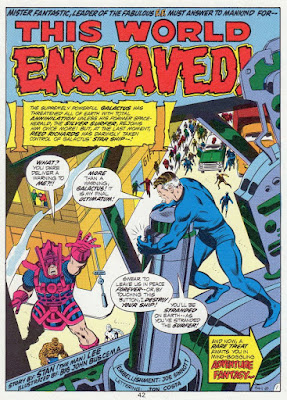 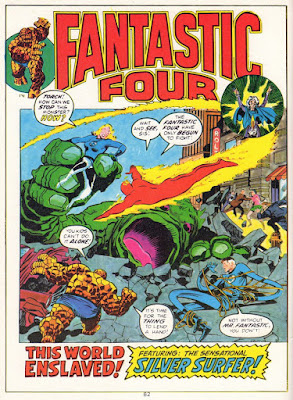 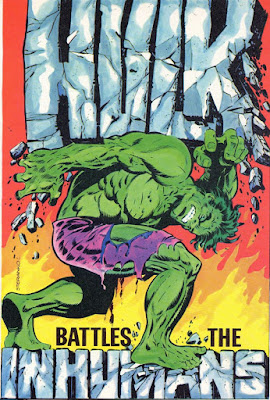 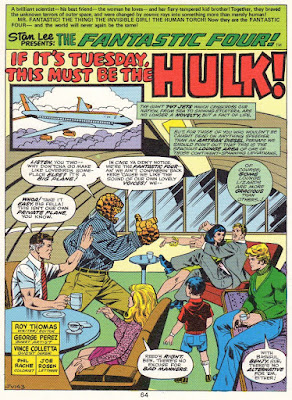 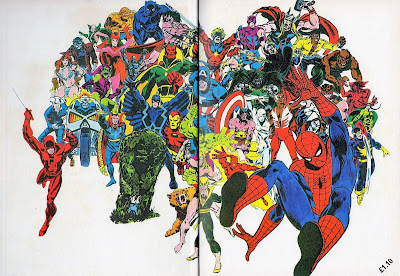 Hi Kid,
This post shows how we often take things for granted and forget the finer details. I received this annual on Christmas morning in 1976 - holy cow! 45 years ago! - and read it numerous times over the next couple of years. However I've probably not looked at it for the last 4 decades and completely forgot it had included the uncorrected Steranko Hulk cover, without the Marie Severin re-drawn face replaced for the original US Hulk Annual. I remember being mightily impressed by this particular picture, as it showed a savage side of the Hulk I hadn't seen before. It also confirmed to me that Steranko was a comics genius, as I had been enjoying his Nick Fury strip reprinted every week in Captain Britain. I do remember feeling short changed by the Fantastic Four story appearing to come to a premature stop before the ending, to determine whether the Hulk could be transformed permanently to Bruce Banner. I knew it would all end in tears, but was still disappointed to have to wait a few years until the full story was eventually reprinted in a UK weekly.
Thanks again for the trip down memory lane,
Cheers,
Duncan

Hi, D. I'm just about to add a page I inadvertently left out - another FF story from just before the FF & Hulk pin-ups. I had the original FF/Hulk issue, which I must replace one day. It was reprinted in an issue of The Complete Fantastic Four (in b&w with grey tones). At least I still have that ish. Glad you enjoyed the post. Cheers.

Despite the fact I bought every issue of the weekly MWOM I never had any of the Marvel annuals (not even Spidey, Avengers etc). I think that was because they contained stories I already read and kept whereas traditional UK annuals were original or contained stories from years previous that were new to me. Although I bought the weekly MWOM until it's demise I rarely read any issues after mid 1976, collecting out of habit so missed this was actually titled MWOM. Were there many other MAWOM titled annuals after 1977?

As I said in the post, McS (pay attention, 007), there were at least two - '78 & '79. The weekly changed its name to Marvel Comic in 1979, so I don't think there were any Annuals after that with the name MWOM on them. In fact, I don't think there were any that year with the name Marvel Comic either. However, MWOM was kind of split into two comics - Marvel Comic (a weekly), and also Marvel Superheroes (a monthly), and there were Annuals for 1979 and '80 called 'Marvel Presents The Superheroes', and one for '81 called 'Marvel Superheroes', all three of which just had Superheroes Annual on their spines. (They weren't tied-in to the mid-'70s weekly The Super-Heroes, which was hyphenated.) So they were sort of connected to MWOM in a roundabout way, but not in name.

Get your money back for that speed-reading correspondence course you took, McS - it hasn't worked like it's supposed to.

Hi Kid. I'm not a Marvel fan per say. My era is Eagle, Lion & Tiger etc.
Although I have a cbr copy of 'Marvel UK Annual 1973' if you have not got.
Regards
Bosco

I use comment moderation, Bosco, so no comments are published 'til I approve them for publication. Thanks for the offer, but among my Marvel Annuals are the first three (1973-'75) so I don't need it, but thanks again.

That appears to be the original Steranko Hulk art before Marvel had Marie Severin retouch the face.

Like Paul, I had hardly any of the Marvel UK annuals. I preferred annuals like Star Trek, Dr. Who and Space 1999. But I did have the 1979 Spidey and MWOM annuals - I bought them myself rather than receiving them as presents.

I bought the first few Marvel, Spidey, and Avengers Annuals, CJ, but I think I baled out at some point - though I couldn't be sure at what stage or even if I did. The only Annual I recall getting as a Christmas present (and even then I asked for it) was the very first TV21 Annual.

Kid, you didn't mention that the story "If It's Tuesday, This Must Be The Hulk" later appeared in The Complete FF No.33 in 1978 which is where I first read it.

I didn't mention the issue number, CJ, but in my second comment (in response to D), I said it had been reprinted in an issue of The Complete FF, in b&w with grey tones.

Oops, so you did. Apologies :)

You're obviously not reading my comments, CJ. I'm so hurt I'm going to cry.