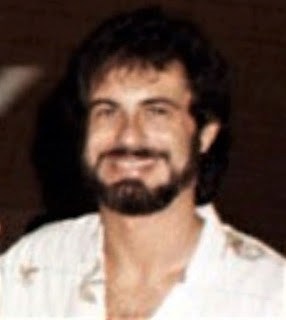 I never met, spoke with, or even knew Steve Sherman, but his was a name that I was familiar with through his association, alongside Mark Evanier, with Jack Kirby back in the early '70s.  Most of Jack's then new DC mags had at least one feature page which bore Evanier's and Sherman's names, as they were assistants to 'King' Kirby.  Mark Evanier has said on numerous occasions that they did very little as there wasn't a lot to do when you worked for JK, apart from say "Great idea, Jack!", but I'm pretty sure they earned their wage and probably then some.

Anyway, I learned today from Mark Evanier's blog that Steve Sherman passed away yesterday, and couldn't help but be saddened by the fact that yet another aspect of my faraway youth had left the stage, and thought that, if you were familiar with his name but didn't already know, you'd want to be informed of his passing.  I suppose it's kind of selfish to view his death from my own personal perspective, but nevertheless, my condolences to all of Steve's family, friends and fans at this sad time.

Steve was much more than just one of JK's assistants though, and you can read a fuller account of his achievements and accomplishments over on Mark's site, which is in my bloglist.

I was struck too by Steve Sherman's passing. My thoughts turned to just how long ago it's been since Jack Kirby himself passed away and now his youthful assistants are approaching the same age. Time passes relentlessly for us all. (My cheery thought for the day.) Rest in peace Mr. Sherman.

Yeah, it's a solemn reminder of our own mortality, RJ, isn't it? Seems like only yesterday (cliched as it is to say) that I was first reading Kirby's DC mags, and seeing ME's and SS's names mentioned within. Then it hits me - that was around 50 years ago!

Very sorry to hear about Steve Shermans passing. He and Mark did live the dream... Jack was their boss but also their friend and they socialised with the Kirbys in their American dream home with a swimming pool in sunny California!!!!! I loved the text pages in DC comics at the time relating what Jack would be doing but they were in an elite position of watching the pages be createdas well. Simply mind blowing to a kid growing up in West Belfast in 1970/71, basically the worst place in Western Europe to live at the time though we didn't realise this. The comics were a window to another world and Steve Sherman helped to open that window.Condolences to his family Kid. Keep up the great work mate.

Thanks for commenting, Triple F, always welcome. Y'know, as far as I remember, I only saw what Steve Sherman looked like a few months back on one of Mark Evanier's podcast-thingies. Strange to think that his name was so well-known to me from way, waaayyyyy back yet I had never seen his face before. He wasn't even all that old if he was a similar age to Mark Evanier.

Always sad when someone from the bygone days of the comics industry is taken away by the Black Racer.

Yeah, it's a terrible shame, DS. At least his name will be remembered by oldies like us.

Yes, I was sad to see Paul Levitz mention Steve Sherman’s passing on Levitz’s FB page this morning. I’ve been reading all of Kirby’s 4th World comics in sequence recently and enjoying the editorial content from those guys when they were young.

I re-read Kirby's Jimmy Olsen issues every so often, B. I reckon that was the best thing he ever did at DC. It's funny (not ha-ha), but I can't help thinking of Evanier and Sherman as a kind of double-act, even though they stopped working together decades ago. And now, sadly, one of them is gone.