DOCTOR WHO - THE PHANTOM PIPER...

The latest Doctor Who graphic novel from Panini Publishing is here, collecting the acclaimed comics series from the award-winning Doctor Who Magazine.

The Phantom Piper stars the Twelfth Doctor (played on TV by Peter Capaldi) and his companion Bill Potts (Pearl Mackie).  The Doctor and Bill are plunged into four incredible adventures... 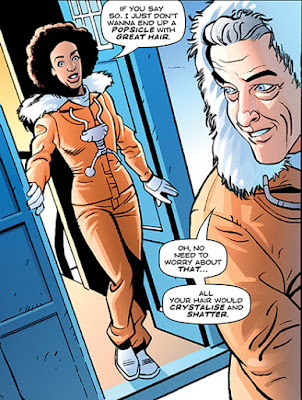 The PARLIAMENT Of FEAR 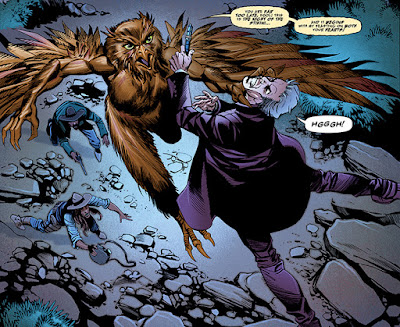 A journey to America's Wild West leads the Doctor and Bill into a lethal showdown with a myth come to life:  the legendary were-owls known as the Stikini!

Bill finds herself in the alleyways of the spaceport Cornucopia, and meets the streetwise Kaballus Kids! 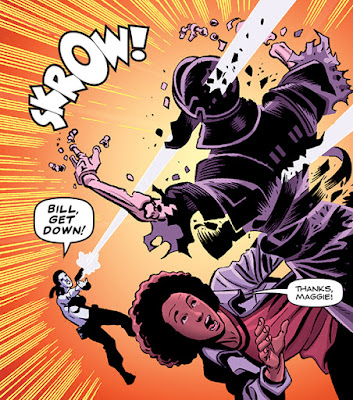 The time-travellers arrive in the lunar city Athenia, home to the world-famous code-breaker Alan Turning and a race of androids called the Galateans.  But a malevolent creature from humanity's darkest dreams is ready to strike... the Phantom Piper!

Will you be advertising any future Jodie Whittaker graphic novels or will you refuse in protest?

Marvel/Panini supply me with the images and info, CJ, so I wouldn't decline to advertise any JW graphic novels for those who wish to read them. Doesn't mean that I have to read them though. I'm sure the strips would be of the usual standard, but I'm not a fan of what the BBC have done to the character.