I have a feeling that the X-MEN segment of the above cover was used before somewhere, but I know that the art on #22 was originally a cover on an issue of the mid-1970s weekly, The SUPER-HEROES.  MARVEL UK certainly believed in re-cycling, that's for sure.  Anyway, presented for your personal perusal, are the first ten issues of the merged The MIGHTY THOR And The X-MEN comic from the early '80s.

We'll be looking at the final ten issues in an upcoming post, but, in the meantime, if you have any recollections of these comics, feel free to share them with your fellow Criv-ites in the comments section. 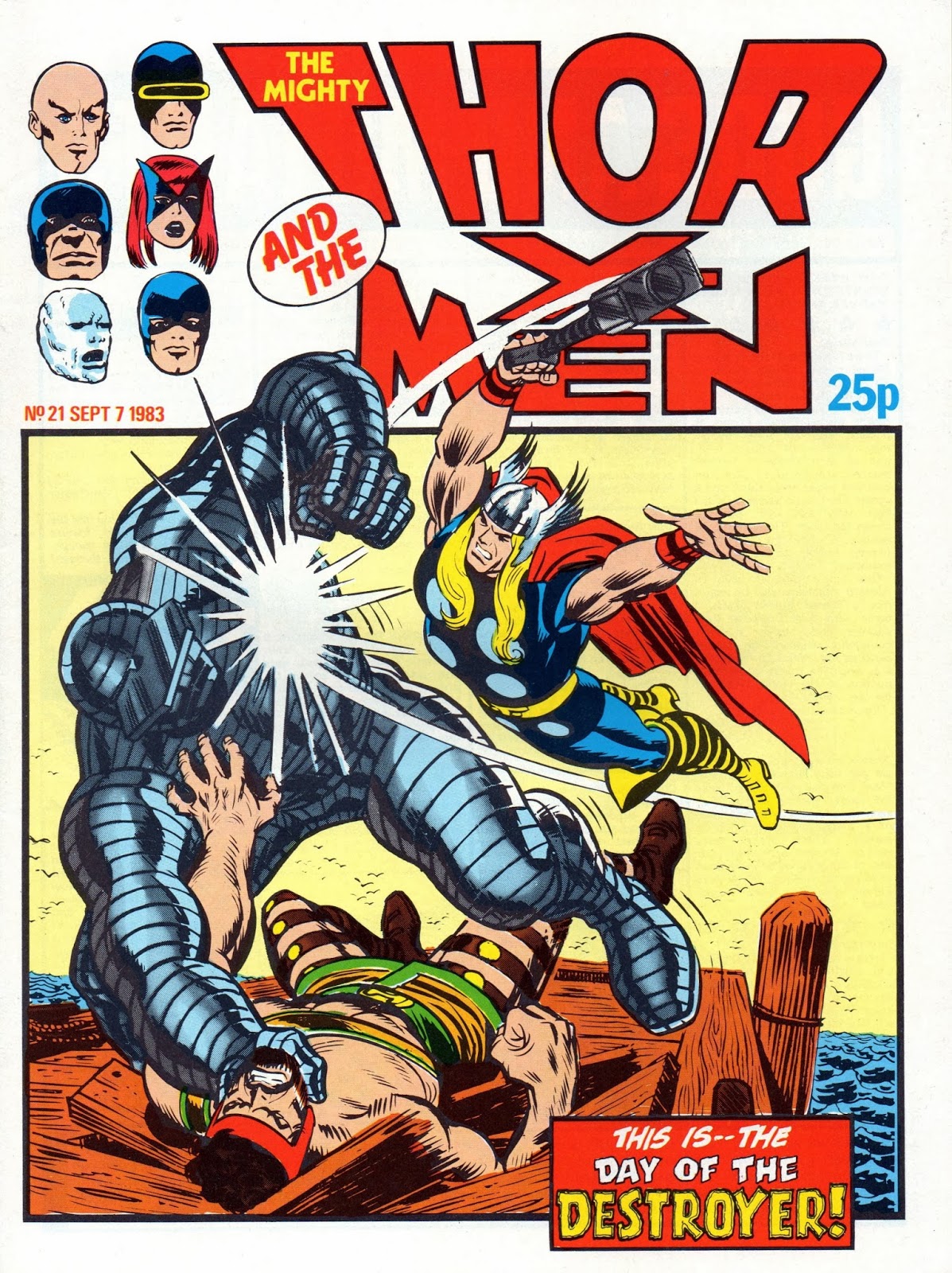 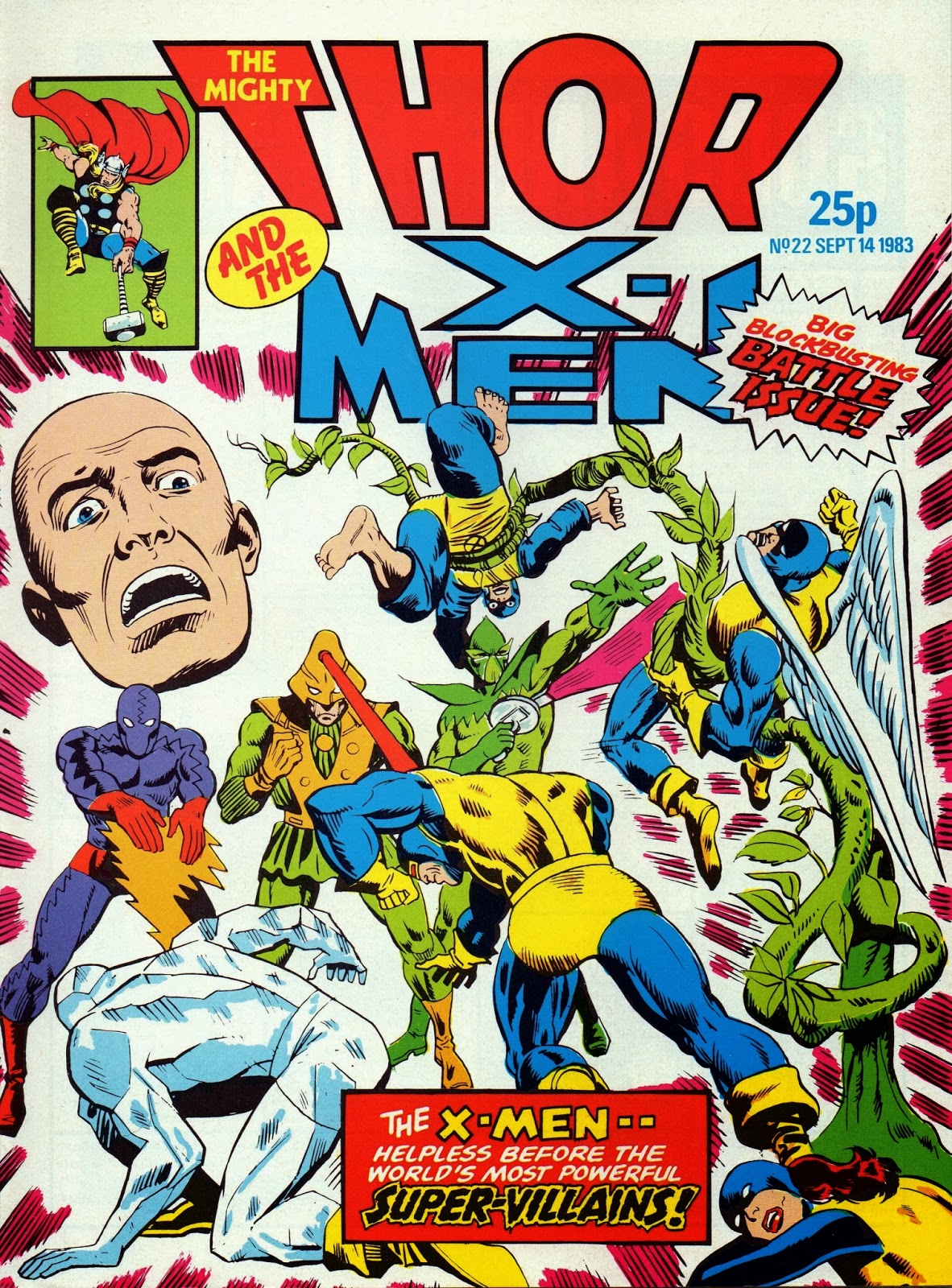 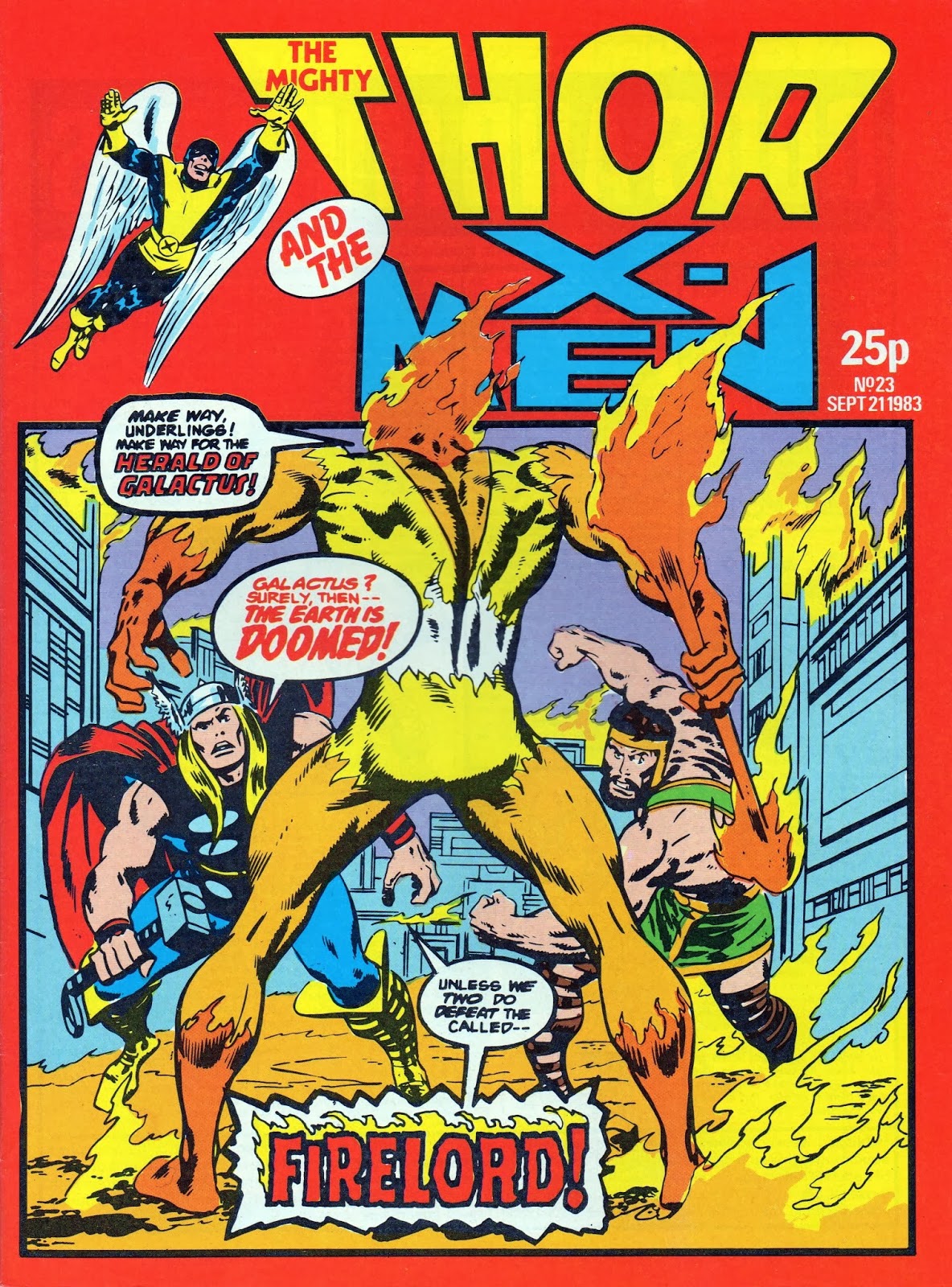 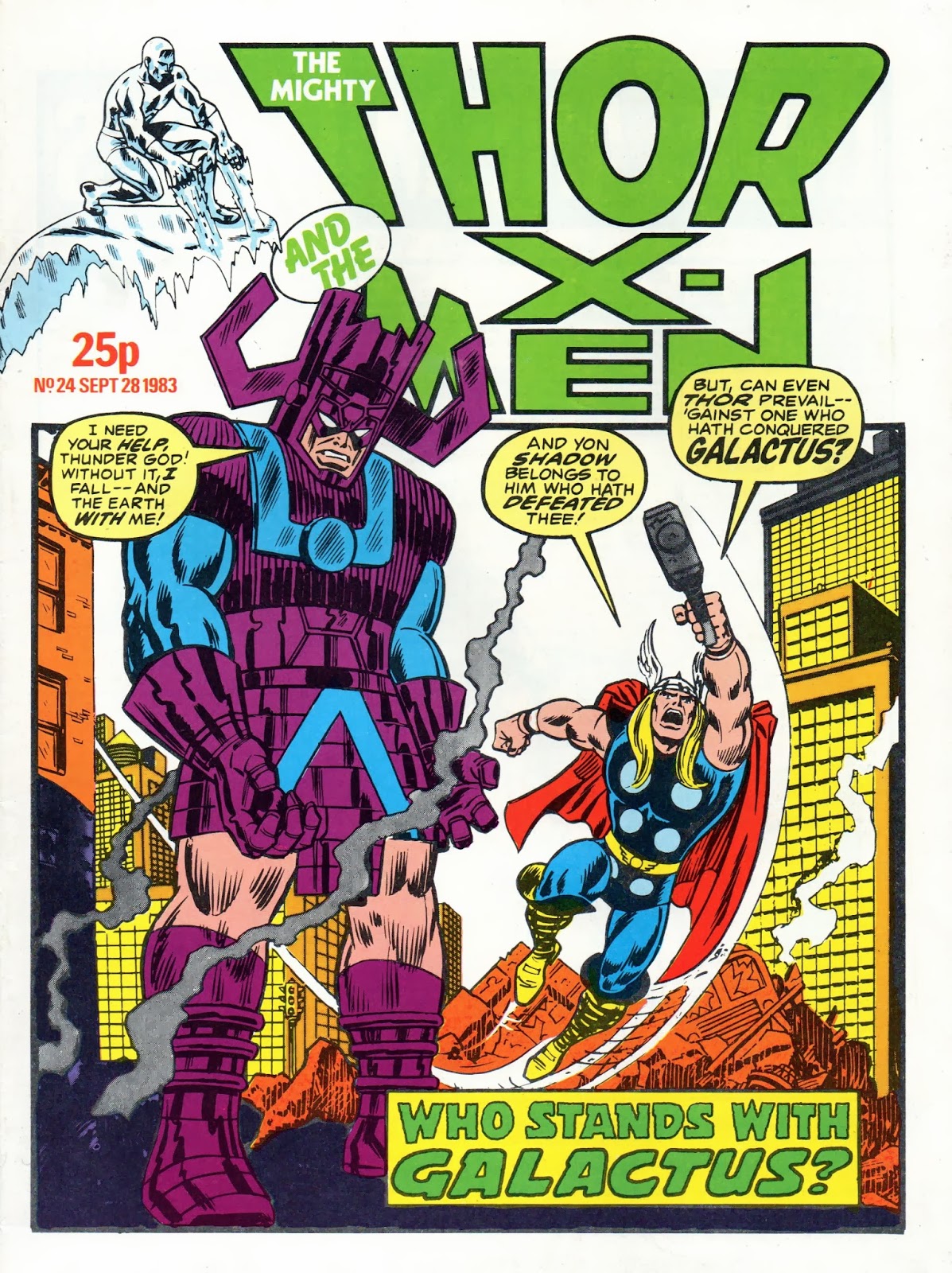 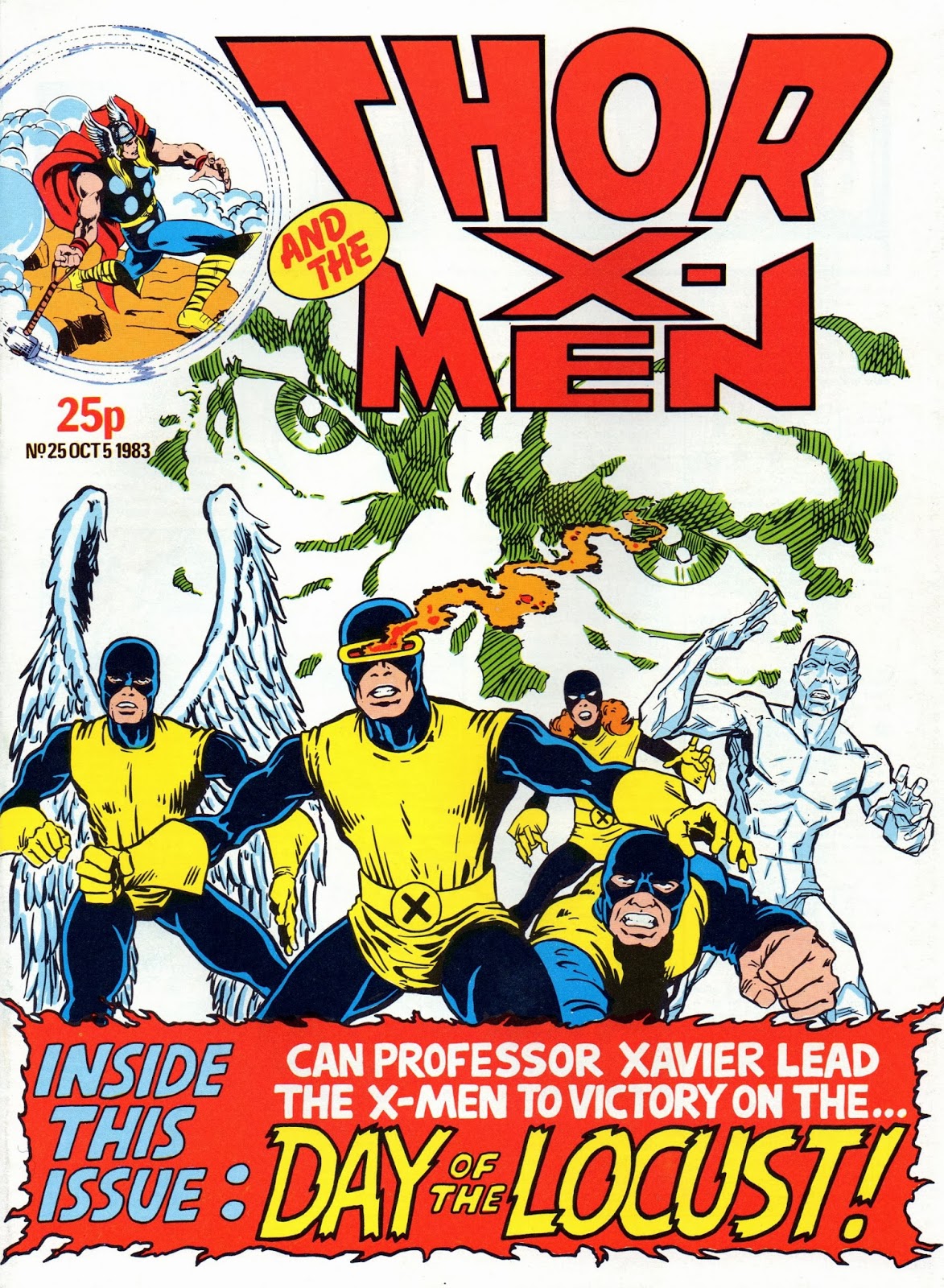 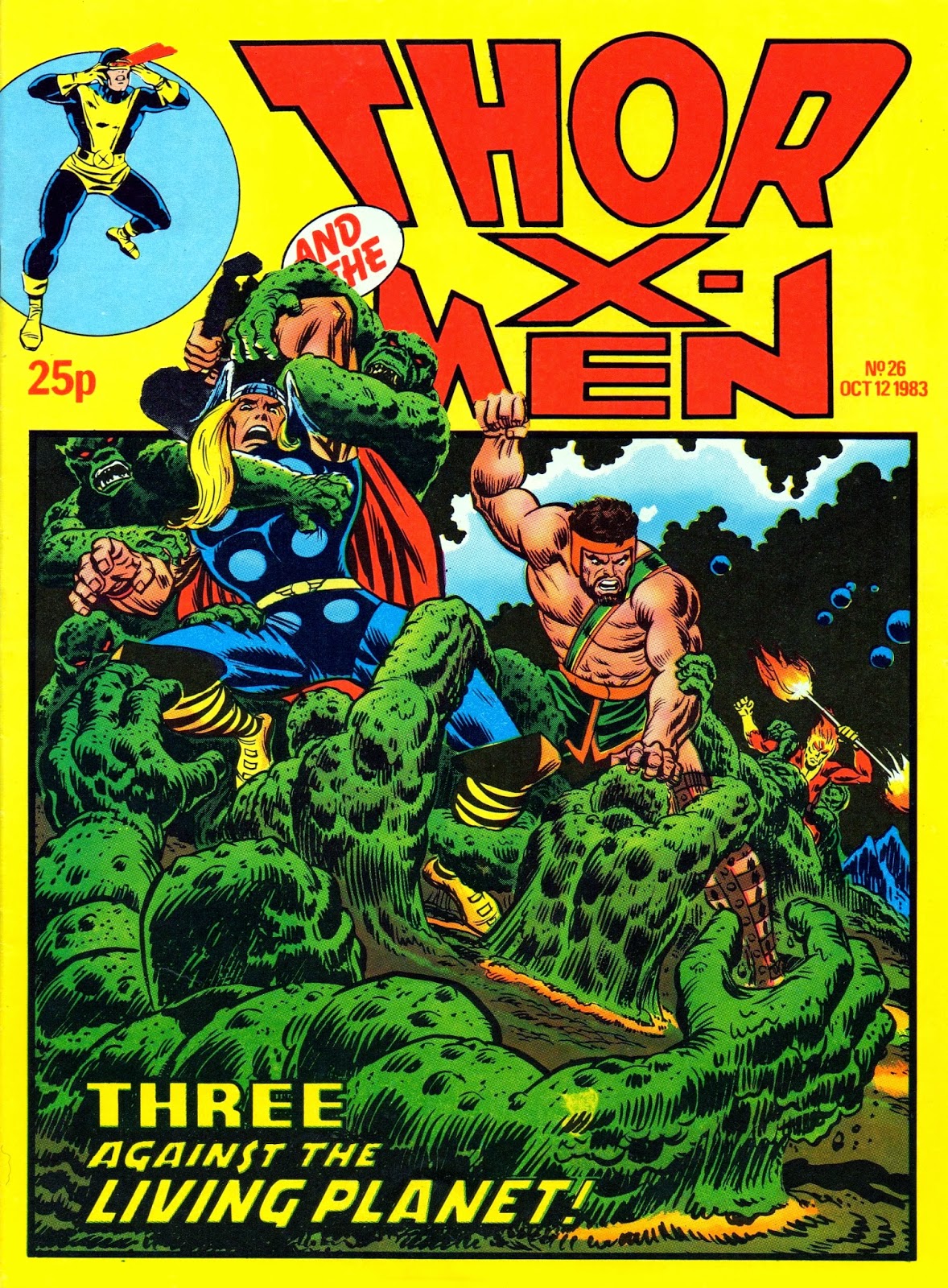 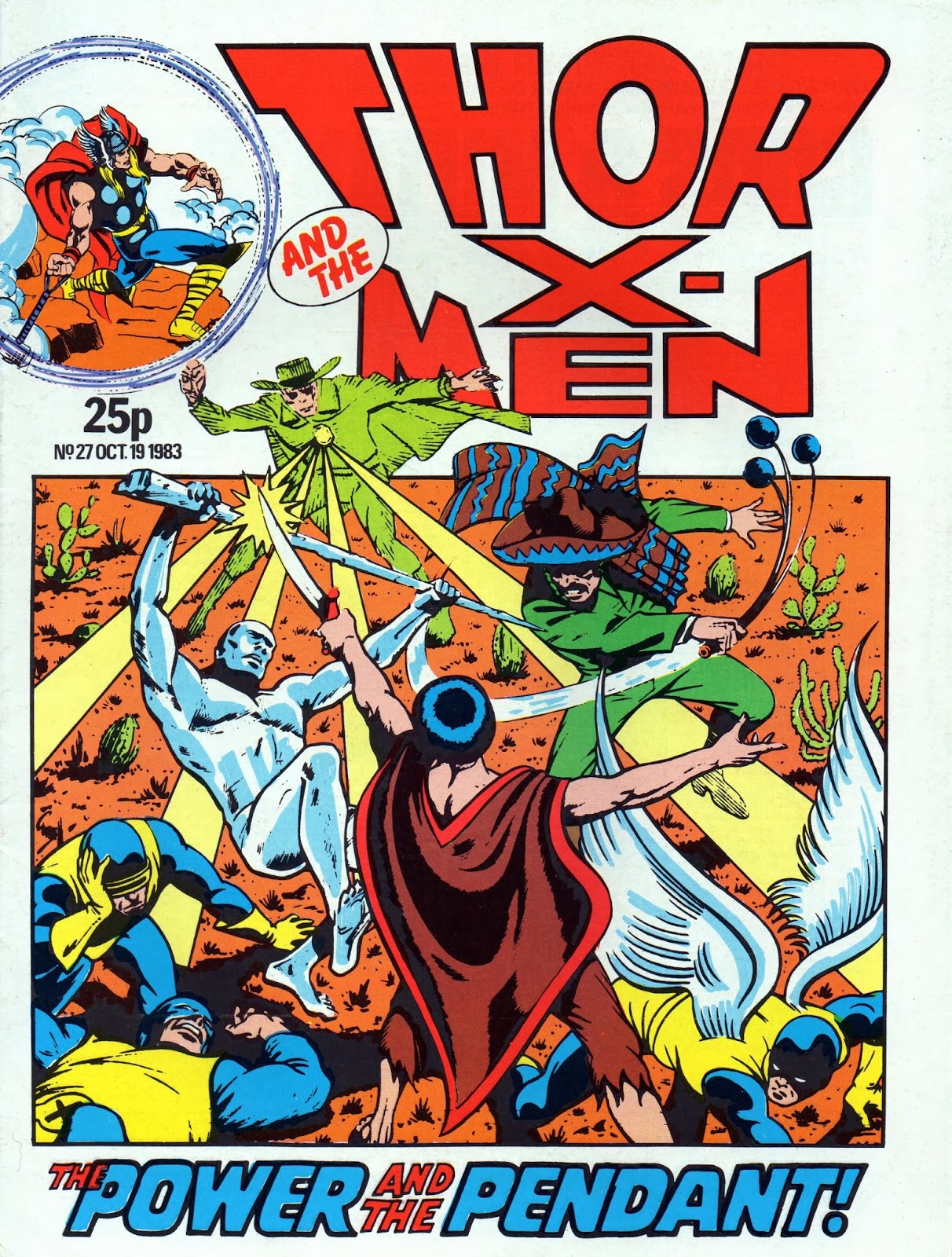 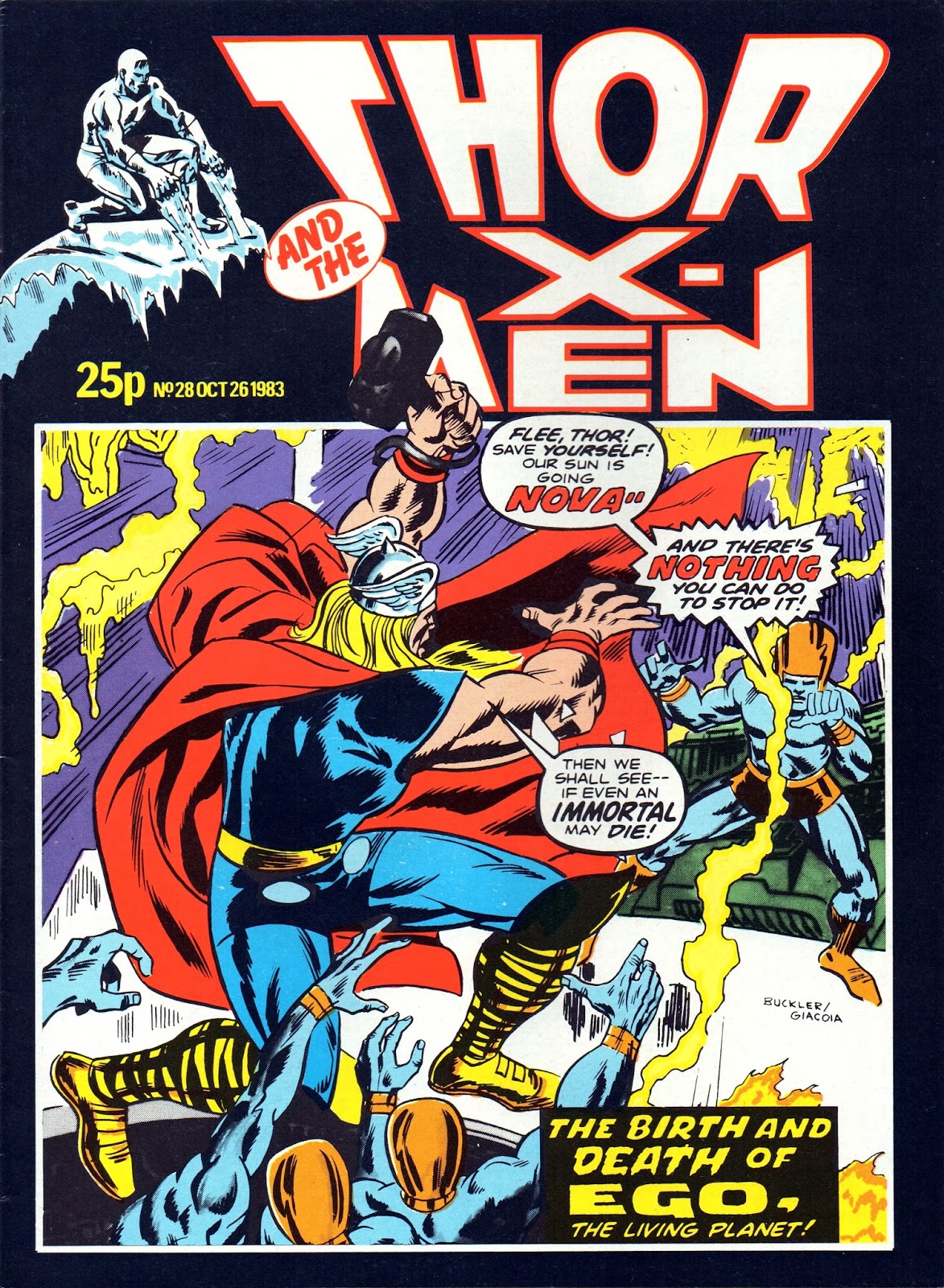 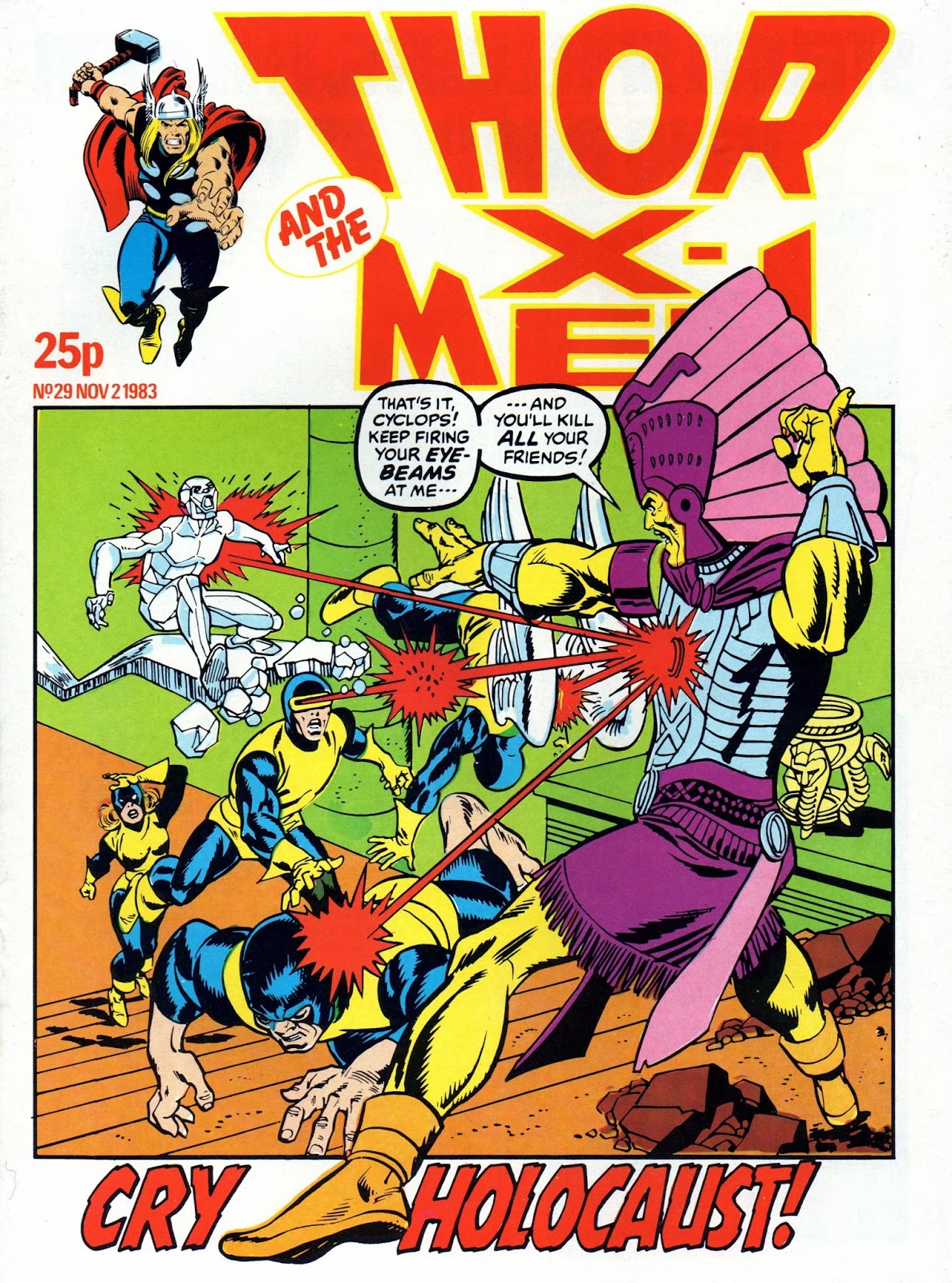 I forgot about him,I liked him.

And he's got nothing but good to say about you, Baab.

Buscema's Firelord cover (the original, that is) was one of my favourites. Strange as it might seem, Firelord was the first herald of Galactus that I ever read about. I knew of the Surfer, of course, but I don't think his British reprints had started at the time I got the American Thor comic.

The Silver Surfer tales from his own mag appeared in The Super-Heroes in 1975/'76, but I'm not sure when The Galactus Trilogy was reprinted in MWOM - obviously before then, I would've thought. So, if you know when the original Thor mag was published, you can perhaps work it out from that.

Not really like two thirds of Fantastic with Thor being many years ahead of the X-Men but one of Marvel UK's finest weeklies all the same.

Perhaps not in content, but certainly in characters, JP. Shame they couldn't have kept it going longer.

The Gil Kane cove (issue 79 US and issue 38 here) with the Cobalt Man fighting the X-Men was the first US X-Men comic I bought - its one of my favourite covers (and now on my desktop -so thanks for that) I bought the comic just for the cover, but thought the story was just and boring (at the time) it took me years before I picked up another X-Men comic or anything with them in it again - the next X-Men after that I picked up was issue 96 by Claremont/Cockrum that blew me away (hey I was only a 15 year old fanboy at the time) - Some really nice covers in that UK series.

Indeed, McScotty, some of the covers were very impressive. I first read the Cobalt man story in Fantastic, and again when it was reprinted in The Titans. Now I've got all the original X-Men stories in Masterworks and Omnibus volumes.