BARRY WINDSOR SMITH, when he was just plain ol' Barry Smith back in 1968, drew this back-page POWER HOUSE PIN-UP for FANTASTIC #50.  He'd have been only around eighteen years old at the time.  To be frank, some of the pin-ups in Fantastic were awful, so if young Barry was responsible for them, he really had progressed in leaps and bounds by the time he started drawing CONAN The BARBARIAN in 1970. 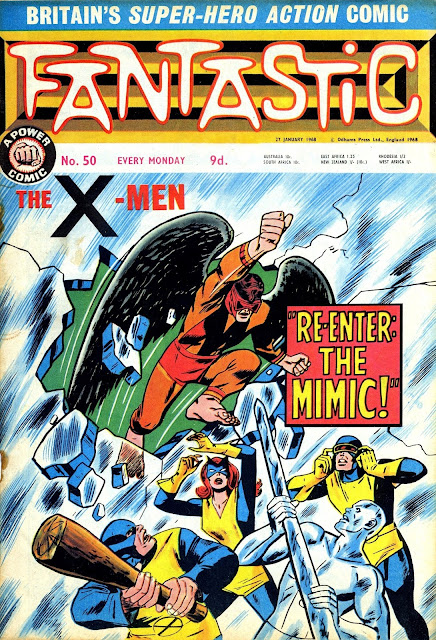 In 1973, SPIDER-MAN COMICS WEEKLY #16 printed the pin-up, below, of The MIGHTY THOR, taken from the splash page of The AVENGERS #66.  One can see the KIRBY influence at once of course, but it's none-the-less effective for that. 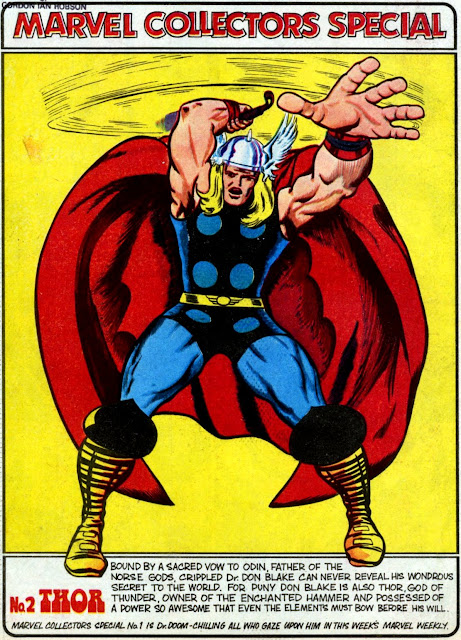 I always regarded The MIGHTY WORLD Of MARVEL and SMCW as official replacements for Fantastic and TERRIFIC, so it's kind of fitting that pin-ups of Thor by Barry appeared on the back pages of comics by both publishers, ODHAMS PRESS and MAGAZINE MANAGEMENT, the latter being the parent company of MARVEL COMICS at the time. 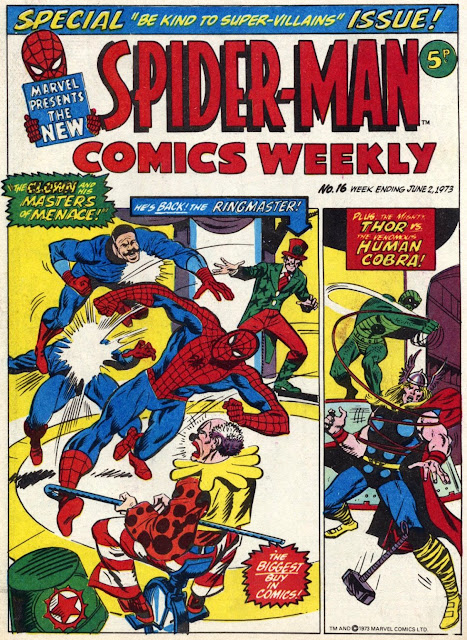 You've got to hand it to him - didn't the boy do well?  (Though it's a shame ol' Goldilock's nostrils seem to have gone walkabout at the printing stage in that second pin-up.)
Posted by Kid at Saturday, February 11, 2012